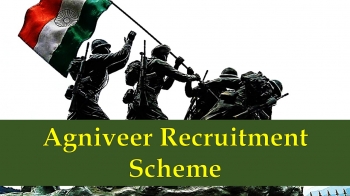 Defense, Not a Holy Cow

When the British conquered India, they wanted an army in the country. They could not have brought enough British soldiers here to maintain law and order. So they had to create a British Indian Army consisting of Indian soldiers.

A civilian employee works for 8 hours a day for a salary. A soldier has no fixed period of work, he has to be all 24 hours ready and to fight sacrificing his life, if need be. He too gets a salary, but life cannot be valued by money.

What motivates the soldier to make all the sacrifices? Generally it is patriotism, the love for his country. But patriotic people were struggling for the county’s freedom.

The British Indian soldier had to be motivated by something different from patriotism. That something is the region, religion and caste of Indian soldiers. Create fighting regiments accordingly: Madras regiment (region), Sikh regiment (religion), Jat regiment (caste). Then the soldier could be infused with his communal heritage, historical valor of their respective community and leaders of yore, which could be their motivating factor instead of patriotism.

When India became independent, communal motivation was not necessary, patriotism could take over. But even after 75 years of freedom, the army continued with the communal regiments.

Will it work? Why not? The Services such as Army Service Corps, Army Ordnance Corps, Army Medical Corps, etc. which almost number equal to the fighting regiments are engaged in making provisions to upkeep the Army, and they have personnel recruited on all-India basis and are doing well.

This would change the character of army’s colonial character to truly Indian.

This is only one aspect of the army’s colonial character; there are several others such as the JCO ranks created to be the intermediary between British officers and Indian sepoys to break the language barrier, the system of cantonments to keep the army units away from civilian population and a number of services like the Veterinary Corps, Postal Corps, etc. whose services could have had from civil facilities and could be abolished.

But the army commanders want to keep their empire intact and expanding, and they have their way with the civilian and political authorities. All these require detailed studies and steps taken to strengthen the ‘teeth’ of the army’s performance and economy as a whole. Perhaps the Agnipath may pave the path for such a change in the army in the long run, though immediately it may cause confusion and crises which may cause the preparedness of the army to face a war.

However, what made the Modi Government take to Agnipath were not all these considerations. It was expenses on Defense on pension and other privileges of the ex-soldiers that are increasing year after year. Most of the soldiers retire after 17 years of service, with a pension and several other benefits like medical, canteen and other services that are a recurring cost to the government. They retire at near about 35 years and live up to 70 or 80 years of age with pension and dearness allowance increasing periodically, and even after death their wives are entitled for pension and other privileges.

Every year, the number of pensioners increase and the expenses for them may soon will become more than that of the servicemen or army as a whole. Defense, that gets lion’s share of the national budget, is left with not much for renovation and acquisition of new armaments.  The Government wanted to put an end to this situation through Agnipath.

The Agniveers (sepoys) are recruited for four years service in which a year goes for their training. At the end of four years, 25 percent of them are retained. Others would be discharged with a lumpsum, but no benefit of pension and other privileges applicable to ex-servicemen. By and by, most of the servicemen would be Agniveers who will not be a liability to Government after their discharge.

Of course, there would be problems with the army deployed on front facing Chinese in difficult conditions like mountainous terrain and sub-zero temperature. Will the Agniveers with a training of one year and only three years left in service be efficient in fighting and ready to sacrifice their life? But that is a risk the Government could take, as there is not going to be a regular war with China. The scare of war is more for domestic consumption as a diversionary tactic to the public who suffer from scarcity, unemployment and other problems facing the country.

In the confrontation with China along the long borders after the 1962 war which India miserably lost, not a bullet was fired; there have been only occasional fisticuffs between patrolling soldiers of both sides. And these have been settled by talks of officers of both sides with no political interference. The Prime Minister himself has said that there is no Indian land occupied by the Chinese. Then what is the dispute all about? It is only that Chinese army is massed on the border and we are taking defensive steps.  But the Chinese have to defend their ‘silk route’ that connects the harbor they built in Pakistan that connects Arabian Sea to mainland China.

All these show the Government expects no war with China and the army of Agniveers would not be tested on the Northern border. As for Pakistan, our potential enemy, it is a failing state spoon-fed by the USA and has more worries other than waging war with India. And USA is interested in keeping the hostility between India and China for maintaining its supremacy in the world, but that will be limited to verbal exchanges.

No doubt India is a rich country, but still remains a country of the poor. And the rich is getting richer, and the poor, poorer.  Cost of living and unemployment are progressively increasing. Because of the largeness of  population and geographic size, the country’s economy could be shown as one of the top few in the  world, but its health is like that of an obese man suffering from  many acute diseases. And one of the main reasons of the poor health is unplanned overspending of national income in unproductive purposes.

The fact is that though a huge amount from national income is spent on defense, very few are interested to know whether it is spent judicially; neither the ruling party nor the Opposition, the press or the general public. Defense is a holy cow and is left to its ways to be handled by the Government which means the Generals and civilian bureaucracy. An example is the way the Agnipath question is handled.

The Government wanted to save on expenses on pension and privileges of ex-servicemen and soldiers (Agniveers) recruited for four years service making them ineligible for pension and any privileges after service, solve the problem. The opposition came from the potential recruits, the young men who found they could not make a career in the army, with no security of service and future. Their opposition became a massive movement and the Opposition parties took advantage to beat the Government. It was like the farmers’ agitation to which the opposition tagged themselves. But the Agniveer agitation did not sustain itself because unemployment is so acute and the agitators could not resist the lure of recruitment under any condition. When Agniveer recruitment was announced, there were more candidates than the government wanted. As such the opposition parties’ protests too fizzled out.

War is no solution to settle disputes, says our ruling political leaders advising in international meets. But the country is spending huge sums preparing for war. The Defense budget is only the tip of the iceberg, there are expenses not accounted such as defense research and development, defense production units such as factories, shipyards and aircraft manufacturing companies that are sustained outside the Defense budget. Then there is the expenditure of researching and maintaining nuclear weaponry which is a top secret that nobody can question.

Late General Eisenhower, former US President, who had also been the top commander of armed forces, said: “There is no way a country can satisfy the craving for absolute security – but it can easily bankrupt itself, morally and economically, in attempting to reach that illusory goal through arms alone.  The military establishment, not productive in itself, necessarily must feed on the energy, productivity and brainpower of the country, and if it takes too much, our total strength declines.”

It is time the Indian public listened to Eisenhower’s words and bridled the Government’s defense spending. The holy cow should not be allowed to graze in the fields of standing crop.

(The writer is an ex-serviceman, journalist and author based in Delhi)