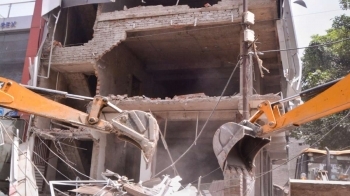 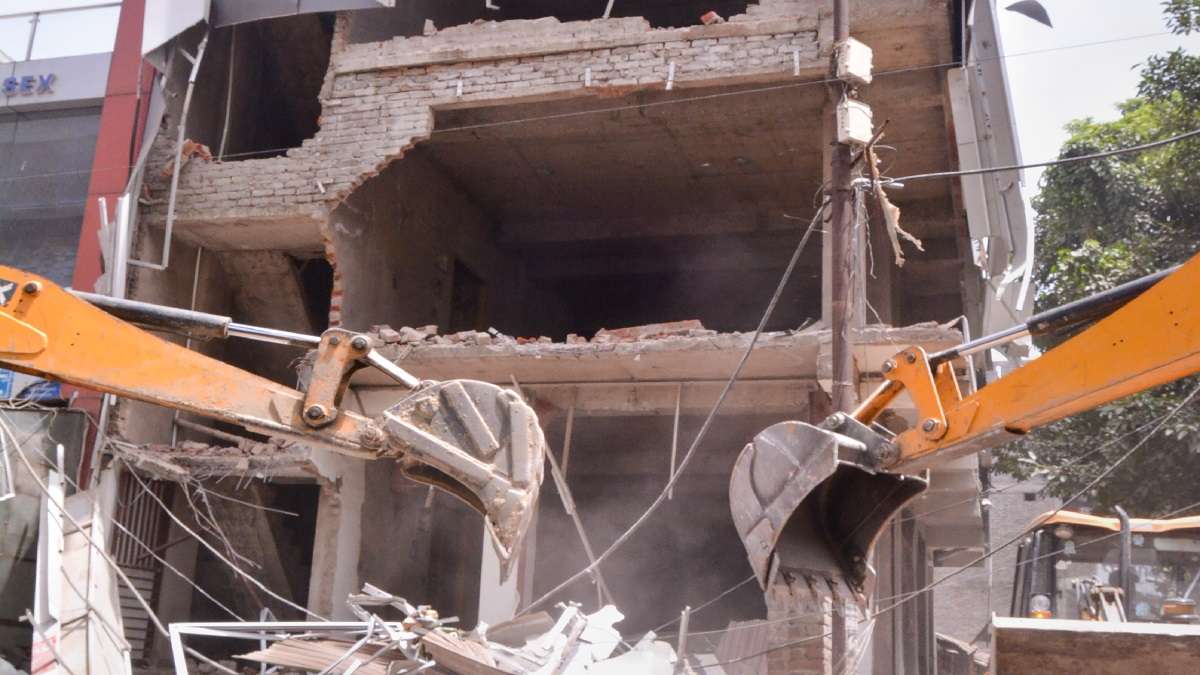 The Central government is digging its own grave with its demolition politics. Its ambition to remain enthroned in 2024 with a flourish is getting pulverized in the dust and din of its bulldozer politics.

Matters are getting worse. The saffron Yogi’s dance gyrations over the rubble of Muslim homes in U.P. have rightly provoked condemnations in the international community. Particularly the Arab nations are in no mood to stomach India’s witch-hunting of the Indian Muslim community. They are all the more angry with the insult to their Holy Prophet Mohammed by BJP’s agenda-pushing and hatchet-wielding stalwarts Nupur Sharma and Naveen Jindal.

Adding insult to injury, the Muslim devotees who demonstrated against the blasphemous statements became victims of U. P. government’s cruel act of demolishing their homes by bulldozers. The ongoing hate politics against India’s minorities has graduated to demolition politics. The nation has been watching with bated breath and suppressed anger over the victimising of Christians, Muslims and Dalits in different parts of India by fundamentalist forces and mercenary foot soldiers. In the name of anti-conversion drive, violence was unleashed against Christian followers, their prayer halls and worshipping places. Odisha, Chhattisgarh, Madhya Pradesh and M.P. were the epicentres of such atrocities.

The anti-Muslim wave has been escalating and taking weird forms. According to a BBC report, Anwar Ali was killed by a Hindu mob in March 2019 for trying to prevent them from destroying a religious structure. The thin towel he carried on his shoulder was stuffed into his mouth as they killed him. “Lynching and hate speech have regularly made headlines since 2014, when Prime Minister Narendra Modi’s Hindu Nationalist Bharatiya Janata Party swept to power.”(bbc.com, 21 February, 2022) Muslims were even targeted as carriers of Covid and criminal cases were clamped against them.

The Print’s Opinion column makes a point. “Violence against Muslims rampant, but can India manage the fall out is the question we must ask.” In his thought-provoking article, Shyam Saran, a former Foreign Secretary, warns,   “These disturbing trends, if left unchecked, could irretrievably fracture Indian society. Not just Indian democracy but the future of a united India itself would be in danger.” (The Print, 20 April, 2022).

The fallout out has begun to happen. National anger is erupting. People are voicing their dissent. Courts are taking notice of anti-people activities. International wave is rising against minority baiting in India. The Arab world has become proactive by calling into question India’s anti-Muslim policy and activities.

Another disturbing phenomenon India is witnessing is the speed with which many opposition leaders are getting targeted by the government’s overuse of its criminal investigating agencies. A critical point political observers are making is that it is an attempt to demolish dissent and tarnish the image of opposing national leaders. In other words, the Government’s agenda-based demolition tactic is to have not only a minority-free India but also an opposition- free nation. Disturbing trends indeed!