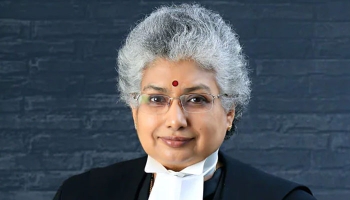 Six years after the notification of the Central Government demonetising Rs.500 and Rs.1000 notes, a five-judge Constitution Bench of the Supreme Court headed by Justice S. Abdul Nazeer by a majority of 4:1 has put its seal on the government action. The Bench gave the order on a clutch of petitions challenging the November 8, 2016 notification.

But in an indictment of the executive (the Central Government), in her dissenting order, Justice B.V. Nagarathna held that the objective of the Union Government may have been sound but the manner in which the set objectives were achieved and the procedure followed were not “in accordance with law.”

Justice Nagarathna said, “I am of the considered view that the impugned notification of 8 November 2016 is unlawful. In the circumstances, the action of demonetisation of all currency notes of Rs.500 and Rs.1000 is vitiated.”

The Judge stressed that she was not questioning the ‘noble objectives’ of the exercise itself, but only giving the legal viewpoint, and status quo ante cannot be restored now since the action occurred in 2016. She noted that there was no independent application of mind by the Reserve Bank of India (RBI) and the entire exercise was carried out in 24 hours and pointed out that the power of the Central Government being vast has to be exercised through a plenary legislation rather than by an executive action by issuing a notification.

In this context Justice Nagarathna said: “It is necessary that Parliament which consists of representatives of the people of the country, discuss the matter and thereafter approves the matter.” She further said, “Parliament is often referred to as a nation in miniature. It is the basis of democracy. Parliament, which is the centre of democracy, cannot be left aloof in a matter of such critical importance.” One can only describe Justice Nagarathna's comments as a sane voice in the wilderness.

The central argument of Justice Nagarathna is that demonetisation arose from the Central Government and it should have enacted a law to demonetise the currency notes of Rs.500 and Rs.1,000 instead of resorting to the gazette notification.

The provisions of the Reserve Bank of India Act, 1934 do not bar the Central Government from proposing or initiating demonetisation. It could do so having regard to its plenary powers under entry 36 of List I of the Seventh Schedule of the Constitution of India.

However, it has to be done only by an ordinance being issued by the President of India followed by an Act of Parliament or by plenary legislation through the Parliament.

The Central Government cannot demonetise bank notes by issuance of a gazette notification as if it is exercising power under sub-section (2) of Section 26 of the Act, notwithstanding the said provision through a legislative process.

The proposal for demonetisation arose from the Central Government and therefore could not be given effect to by way of issuance of a notification as contemplated under sub-section (2) of Section 26 of the Act.

The decision-making process was also tainted with elements of “non-exercise of discretion” by central board of the bank in rendering its advice on the impugned measure. Therefore, the impugned notification dated 8 November 2016 issued under sub-section (2) of Section 26 of the Act is unlawful. In the circumstances, the action of demonetisation of all currency notes of Rs.500 and Rs.1000 is vitiated, Justice Nagarathna held.

Further, the subsequent Ordinance of 2016 and Act of 2017 incorporating the terms of the impugned notification are also unlawful. However, Justice Nagarathna said that at no point has any suggestion been made that the measure was motivated by anything but the best intentions and noble objects for the betterment of the nation. The measure has been regarded as unlawful only on a purely legalistic analysis of the relevant provisions of the Act and not on the objects of demonetisation.

Justice Nagarathna's dissenting judgement, in fact, is a warning against the destruction of the independence of important institutions created through Parliament legislation as a check on the unbridled use of executive power -- in the instant case the RBI Board.

That the demonetisation caused incalculable hardships to the common man and resulted in the closure of lakhs of small businesses has been well documented. Demonetisation also did not achieve any of the main objectives namely creation of a cashless economy, increased revenue for the government, eradicating black money, and ending terror financing.

It is unfortunate that the Supreme Court while giving a clean chit to the Central Government refused to even refer in passing to the hardships faced by the citizens due to the demonetisation which also led to unavoidable deaths of scores of people standing in unending queues outside banks. Human misery caused by unimaginative and hasty decisions could be justiciable under Article 21.