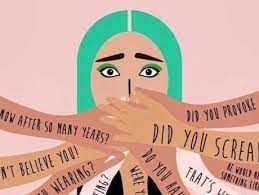 Azadi ka Amrit Mahotsav means elixir of energy of independence. It also means elixir of inspirations of the warriors of freedom struggle; elixir of new ideas and pledges to commemorate the monumental occasion. This energy of independence would have been realized and actualized in each and every citizen of the country without any discrimination, inequality and partiality. But the fact is that women have not been energized with full independence; they are still identified as inferior and dependent in their economic, social and moral levels. We are in a position to appreciate and salute so many leaders who worked for the emancipation of women from grassroots level but the cry of women for their equality, safety and empowerment is heard even now in this modernised and technologized epoch. Firmly it can be said and can’t be denied that women are still dependent in this independent country.

According to Article 14 of the Indian Constitution, we are told that the state shall not deny to any person equality before the laws or the equal protection of the laws within the territory of India. The state shall not discriminate any citizen on the ground of religion, race, caste and sex. The essential premise of liberalism is to treat all citizens equally, and Article 14 ensures that all citizens receive the same treatment. Any individual’s liberty is inextricably linked to the level of equality he or she enjoys in society. But regarding equality to women the legal situation in our country is not yet realised entirely.

In comparison with some other social problems, gender discrimination does not “appear” to be a serious problem in India. It “appears” to be so because it has not been made a big social issue so far. But in reality, it has weakened the strength of the female community of India. Though constitutionally men and women are equal, socially men are given priority. There are various areas wherein this discrimination is apparent. Most of the Indian families are still patriarchal. Hence, the philosophy of equality of sex is not acceptable to them. Domestic works such as cooking, looking after the children, washing clothes and vessels, keeping the house neat and clean, looking after the domesticated animals, serving family members like a nurse on all days and especially when they fall sick, etc. are branded as “women’s work”.

Crimes against women have been steadily rising in India over the years. According to the latest NCRB (National Crime Records Bureau) report, 2019 saw over 4 lakh reported cases of crimes committed against women, up from 3.78 lakh in 2018 and 3.59 lakh cases in 2017. The report released in 2020 shows a heart-breaking scenario of 88 rape cases a day.

A report in Times of India in November 2021 says that crimes like rapes, women trafficking and sexual assault against minors saw a jump during the pandemic. It has become evident that their own houses are becoming unsafe for women and girls in this independent country.

During the latter part of the Vedic period, the Aryans had sealed the fate of women culturally and socially by denying them the right to study Vedas and thus half of the population was deprived of one of the most fundamental human rights. They were regarded as slaves to men for their economic dependence on them. Even today, in spite of the recognition of women’s status equal to that of men, majority of them suffer in primitive ignorance as ever before. Illiteracy and ignorance are prevalent more among women folk than among men-folk and this evil is rampant especially in rural areas and backward communities. Though different Commissions and Committees have made many suggestions, yet there are problems persisting in many fields.

Some of the hurdles in the education of women are: patriarchal system in some families, lack of social consciousness among women, lack of physical facilities, financial difficulties, lack of safety for girls in schools and colleges and problem of transport.

We may acclaim that the new President of India is Droupadi Murmu but the role of the President is minimum to the core. The implementation of 33% reservation for women has not happened at all levels. Hence, the talk of raising it to 50 per cent is out of question.
Problems such as practice of ‘sati’, prohibition on widow remarriage, exploitation of widows, devadasi system, etc. have almost disappeared. But problems have come up in new versions like women trafficking, child abuse, improper attitude towards girls and women and neglecting in the fields of politics and employment. Though women are making progress in the fields of science and technology, universalisation of education, socio-political movements, yet the dependency of women in many fields still remains.

(The writer is with St. Peter’s Seminary, Bangalore)