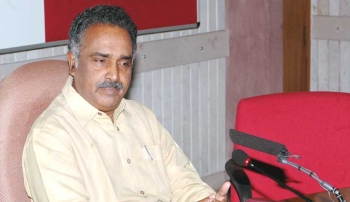 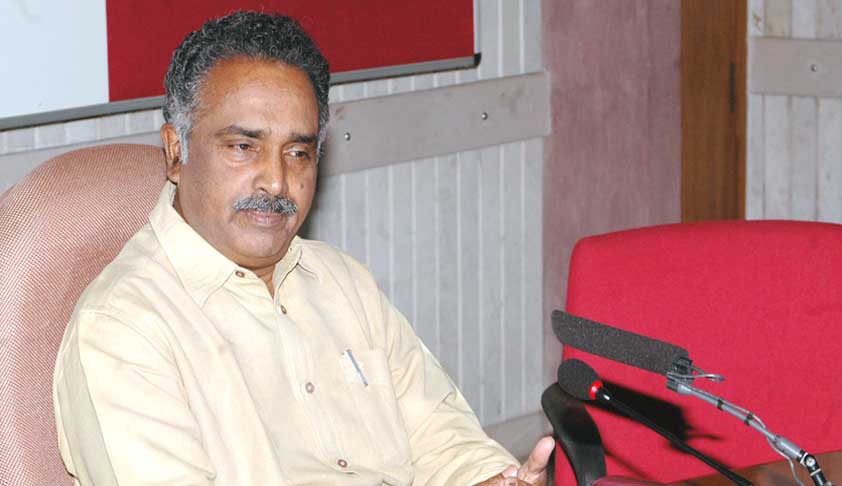 Mr P D T Acharya, former Secretary General of Lok Sabha, speaks to Manoj Varghese of the Indian Currents on some burning issues at the Central level with regard to the appointments, vacancies, limitations and the way out to resolve the matter.

A. As per the Article 93 of the Constitution, the House of the people shall, as soon as may be, choose the Speaker and the Deputy Speaker. Thus, it’s a mandatory provision to have the Deputy Speaker in place at the earliest, and is not optional. Although, it does not specify the deadline, it cannot wait for 4-5 years either. As far as my memory goes, only once there has been a delay for one year in the appointment for political reasons. Generally, the Speaker presides over the Parliament till lunch, the Deputy Speaker in the post lunch session and the panel of Chairman looks after the House in their absence.

As per the convention, there are other options if the Government does not want to give the post to Opposition; it can delay it -- but not for eternity; or it may give this post to a friendly party – like it did in Rajya Sabha, or even they can appoint someone from their own ruling party. Nehru was a great Parliamentarian and accommodated in this position an Opposition party member to pacify the MPs at times of resentment. The Deputy Speaker can play a decisive role at the time of impasse, to convince the members and bring them back for discussion. In a situation like this, any public person can approach the Court, or a MP can move a Resolution to fix the date for appointment of the Deputy Speaker in the House.

A. If the vacancies are not filled, the very purpose for which the Tribunals are set up will be defeated. As per Article 323 A and B, the 42nd Amendment to the Constitution in 1976, it brings out an alternative mechanism to resolve disputes, which otherwise will get piled up in the High Courts. According to sources, around 91,855 cases are pending in the High Courts for over 30 years and another over 67,000 cases with the Supreme Court.

Tribunals are of a great help to the HCs in imparting speedy justice. The Central Administrative Tribunal (CAT) rendered an effective mechanism to resolve several government servants’ cases like that of suspension, promotion and other inadequacies related to the service matters. It is the duty of the government to fill up the vacant posts and make the Tribunals more effective. Non-action will lead to the non-functioning of the Tribunals, depriving the public of an early justice. The way out is that the public can approach the Court, considering the Constitution mandate not being fulfilled or being violated. The MPs could also move a Resolution in the Parliament on this to fill up the vacancies.

A. The Government cannot reject any recommendations of the Collegium since it has been constituted by the Supreme Court. The Supreme Court’s decision is the law, binding on the Government. Otherwise, there is no point to have a Collegium. They have the final say on appointments and transfers of judges.  The selection is done by the Collegium, and is forwarded to the Law Ministry to issue the appointment order, endorsed by the President of India. As per the Article 141, the law declared by the Supreme Court is the law of the land and shall be binding on all. Article 142 says it shall be enforceable across the entire territory of India.

Q. Many vital institutions like the Law Commission and the Central Vigilance Commission are without heads. Can the judiciary step in to force the government to speed up these appointments?

A. Institutes like the Law Commission and CVC are set up by the Government to give legal advices and initiate actions. But the executive order can be reviewed by the Supreme Court. In that sense, one can certainly approach the Court for enforcing the order in case of no action. Recently, the court had given an order with a deadline to fill in the posts of the institutions which are headless. Non-availability of suitable hands cannot be justified in a population of over 130 crore. The Chief Justice of India is taking special interest to fill up such posts in the judiciary and the Tribunals.

Q. Why are these issues not getting highlighted in the media or among the public? Why is the Opposition not serious in taking up these issues?

A. You would know better for the media. Unfortunately, the Opposition is weak and scattered. They are not interested in many of such issues. They have ample opportunity to raise such questions and bring in the resolutions in the Parliament. Some MPs are asking the questions, but for want of no discussions and regular disruptions, no healthy transactions are taking place. Earlier, the questions led to a healthy discussion and an effective outcome. The presiding officers claim that the productivity level has gone up as compared to the questions asked earlier. With hardly any discussions taking place, or a yardstick set, how can the productivity be measured?

Q. Do you remember any instance where the discussion in the Parliament had yielded a better outcome?

A. Generally, when a Bill is tabled in the Parliament, it is referred to a select committee. The committee then invites the stakeholders for their inputs and incorporates the suggestions accordingly. The Bill is then again presented in the Parliament for final approval, before sending it across the President for his endorsement and to call it an Act. I recollect the Indian Seeds Bill in 90s involving the rights of the farmers. The Bill came back from the select committee with new insights and in a better form than presented in its original form.

There are several such instances were the subject experts’ opinion and stakeholders view were incorporated for the betterment of the Bill and the Public.