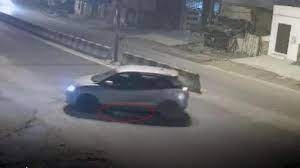 The horrific “hit-and-dragged” road accident that occurred during the wee hours of this January 1, in Delhi has generated a lot of debates. Sadly enough, that the 20-year-old victim, who was riding a scooty was dragged for a considerable distance after allegedly being hit shows the apathetic attitude of the car driver and the scant regard for human life. While a number of news reports have appeared on the tragic incident, the ongoing investigation is expected to unravel what actually happened on that fateful night.

Do road accidents in India kill more people than some epidemics? Well, let’s quickly look at the official statistics. There were 4,12,432 accidents reported across the country in 2021 in which 1,52,972 victims lost their lives leaving 3,84,448 injured. Going into the type of road accidents, 34.47 percent of them were fatal, 30.65 percent ended in grievous injury; 29.01 percent resulted in minor injury while 5.88 percent escaped without any injuries. “Hit from back” accounted for the largest share (21.2 percent) in total road accidents in the country followed by “head on collisions” (18.5 percent) and hit-and-run (18.6 percent) typically occurring between two moving vehicles.

Notably, there were 57,415 “hit and run” road accidents in which 25,938 persons were killed and 45,355 injured against 52,448 accidents that killed 23,159 persons and injured 45,355 people in 2020. 16,397 persons were killed in road accidents in 2021 due to not wearing seat belts, of which 8,438 were drivers and the remaining 7,959 were passengers. Similarly, 46,593 persons were killed in road accidents due to not wearing helmet, of which 32,877 were drivers and 13,716 were passengers. 8.2 per cent of total accidents and 9.35 per cent of fatalities on national highways recorded in 2021 were due to drunken driving or driving on wrong side, jumping red light and use of mobile phone. 67.5 percent of accidents occurred on straight roads, 13.9 percent on curved roads, pothole roads and steep grade and 2.2 percent where construction work was in progress.

Road accidents occur due to human error coupled with road condition/environment and vehicular condition. Various studies seem to suggest that in majority of road accident cases, humans are at fault – accounting for 95 percent of all road accidents. The cause for concern is that alertness on the road is often found to be missing among many drivers who are often busy attending calls and sending messages while driving.

Time and again experts have urged the need for zero tolerance enforcement of existing rules in order to keep a check on the rising road accidents.  At a macro level, strong measures aimed at reducing the risk for vulnerable road users such as pedestrians and two-wheeler riders, merit immediate consideration. At an individual level, we need to realise that our safety is in our hands. Apart for wearing helmets while riding a two-wheeler, there is an imperative need for citizens to practice diligence across busy stretches of the road. It pays to drive slowly and watch out for potholes, narrow lanes, sharp curves and unseparated lanes. Drunken driving is hazardous and speed only kills.