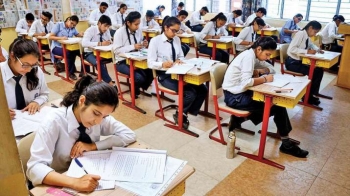 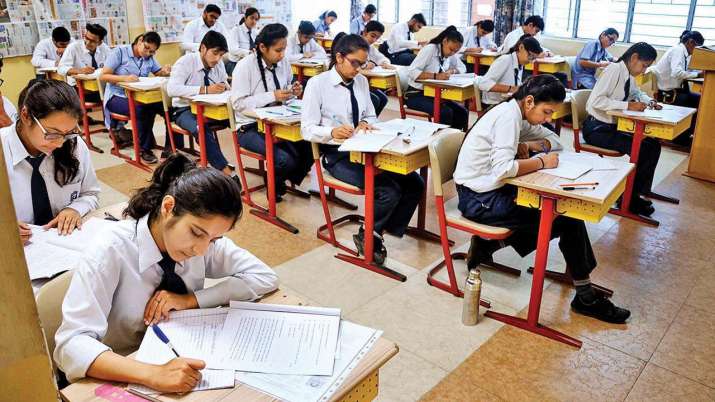 With third wave fear of covid-19 lurking large on everyone's minds, it would be unfair to conduct offline CBSE school examinations.

Even those who are not directly affected by the holding or abandoning of CBSE’s final Class 12 off-line examination, crucial for every school-going student, too wonder about the tardy and somewhat laughable decision-making process of authorities that be.

The other day a so called ‘high-level’ meeting was reportedly held, but it failed to reach any workable conclusion. Thus adding more to the existing anxieties and fears of the affected students, their parents and the schools who would be facing the actual brunt of working upon any taken decision.

Most amazingly, the meeting about a Covid-19 prompted unprecedented and unfortunate educational hold up was chaired neither by the Health Minister nor by the Education Minister, but by the country’s Defence Minister.

I am looking at the problem from two other stand points also that of layman’s views. One as a former teacher, and the other as a grandparent of a child who is waiting impatiently for the lifting of the mist of ambiguity for long.

Our grandchild’s anguish, apart from the painfully elongated wait for his final exam, is that his continual stay with us ‘boring’ oldies, necessitated for continuation of his uninterrupted studies due to his army officer father’s fast changing postings, is being prolonged.

Of late, the exam delay crowned by Corona restrictions, he, an otherwise voracious reader, has lost his reading interests also, particularly of his school subject-books that he has revised for umpteen times.

No one knows what the final decision in this regard would be taken by the big-boss. I, being a former teacher, can foresee a disaster if the examinations are held offline. Though I hope my fear will prove to be wrong.

Whether the examinations be conducted for all subjects or only for so-called ‘major’ subjects, or be of three hours or of a lesser duration, the challenges of conducting them will be the same.

In every situation both the young examinees and the conducting teachers would dangerously be exposed to the probable virus attacks. More so, because except for some schools in big cities we don’t have infrastructures that would be conducive for the safe conduct of examinations. Most schools in our country don’t have hygienic environments. Unclean and ill-ventilated shabby rooms with unclean furniture and dirty toilets, if available, is not the new normal but an old normal condition.

One should remember that till date all school-going children have to carry their own drinking water bottles as a part of their school bags, which are waiting since long for getting lighter as per repeated promises by arm-chaired ‘educationists’!

And would the government, which is failing badly to enforce Covid-19 safety norms strictly for general public, be able to keep a proper check on schools, during these examination, for maintaining these norms?

No family of any of those, including many on election duty school teachers, who fell prey to the pandemic disease and laid their lives during recently avoidable elections, is happy for getting mere tags of ‘frontline-warriors’ on their loved ones.

Government must understand it clearly that this time even a single unfortunate fatality of an on examination-duty teacher or an examinee would not be just an additional number on the daily list of Covid-19 related deaths. It would perhaps be considered as an act of criminal negligence.