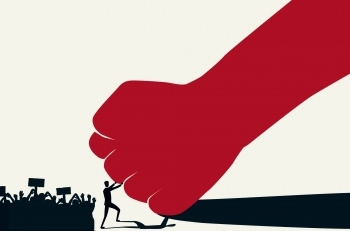 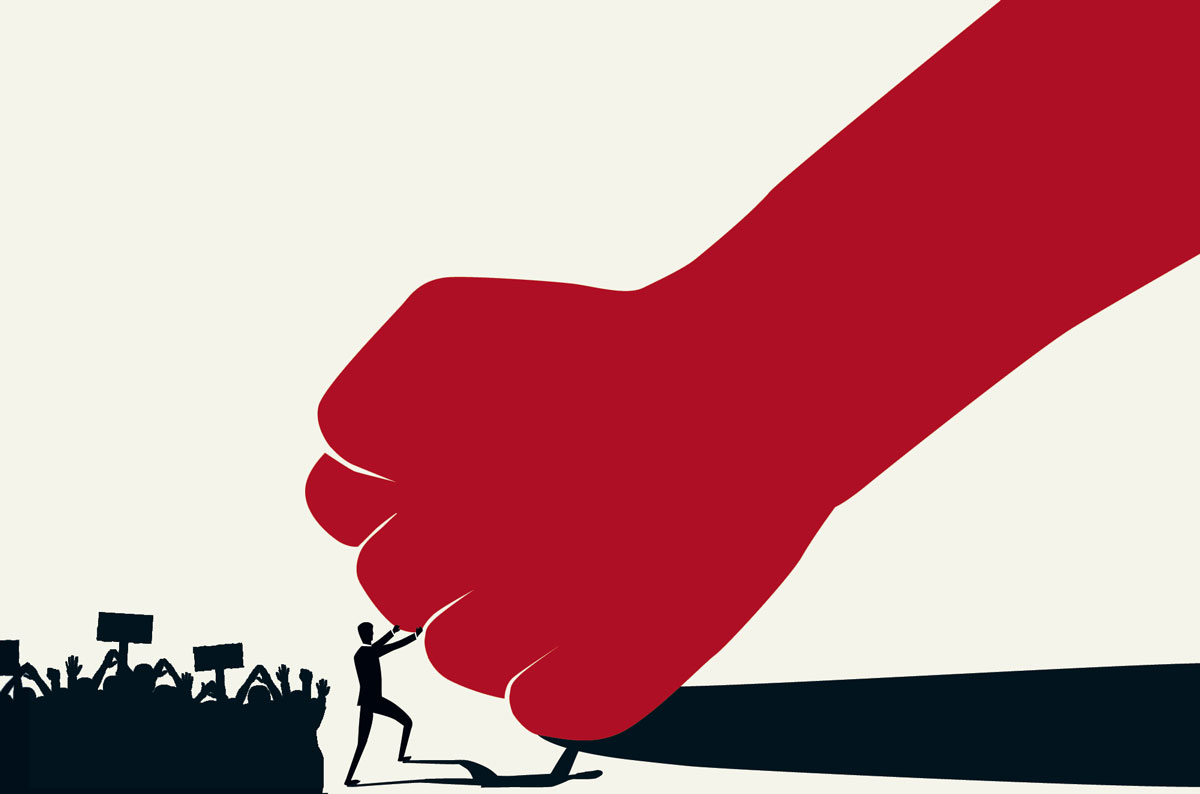 Even old, established democracies should not take the continuance of their political system for granted. For a demagogue appealing to the basest instincts of voters and scant regard for the independence of institutions could quickly undermine democratic functioning.

Narendra Modi’s success at the polls had propelled him to a position of dominance in his own party. Among the first-time BJP MPs, especially, there was a cult of Modi in place, placing the leader above criticism. He has disregarded the party machinery to appeal directly to the masses. He has relied for counsel more on a set of unelected advisers than on his ministers. He has talked grandly of making India great again.

This is because he is not held accountable for his actions by the still-functioning institutions of Indian democracy. Such as the press, judiciary and opposition party Members in Parliament.

Presently in our less well-functioning democracy, the lies of our Prime Minister are not so closely examined by the judiciary and media. But while there is a miniscule media that slant towards the opposition parties, majority are those that are of the ruling party bent, resulting to unfortunately a ‘godi media’, taking its instructions from politicians in power.

The judiciary’s harshness to the citizens who challenge the inhumanity of the government of unscrupulous men has badly shaken the citizen’s trust. Many guilty men are acquitted because the judiciary is not free to perceive truth with their eyes. They perceive truth as presented to them by the police and the prosecution. But that is all the more reason that they should be sympathetic to the citizens who challenge the atrocities committed by the mighty malevolent State but fail to establish the truth as required by law. The judiciary surely would agree that truth and judicial truth (i.e. truth according to the court of law) are often apart. The difference between the two is sometimes the same as the difference between truth and untruth.

In the case of the demolition of Babri Masjid, Lal Krishna Advani, M. M. Joshi and Uma Bharti were acquitted by the CBI court. The three accused said to the court, “I had nothing to do with the demolition of Babri Masjid." The CBI told the court that they had found no evidence against them. The court perceived the truth through the eyes of the CBI and accepted it, though it was like accepting that the sun rises in the west. It is also another matter that the honourable judge was appointed the Up Lok Ayukt of UP within a few weeks. No better example can be found to show the difference between truth and judicial truth than this case.

For years, Pragya Thakur was being tried and was in jail for acts of terror at Malegaon in which many persons died. She was in jail along with one Colonel Purohit. But when the government changed at the Centre, to the present setup, the truth also changed. The conscientious Public Prosecutor refused to play the saviour of the accused she had been prosecuting and preferred to resign. Not surprisingly, another officer of the court (PP) replaced her, and now the terror accused Colonel is reportedly reinstated and the other accused Pragya Thakur adorns India’s Parliament. And such cases of the accused turning innocent with the change of the government are not rare.

If such miscarriage of justice caused by the State does not cause the judiciary’s judicial conscience to revolt, is it fair for them to allow it to revolt against conscientious citizens and activists like Teesta Setalvad and Himanshu Kumar, who have been fighting for a cause which was not going to benefit them personally. Even if the court was inclined to doubt their motive, was their guilt more criminal and immoral than that of Advani, Joshi and Uma Bharti? Were they less deserving of the court's benevolence than the Babri Masjid accused? Was making a ‘false allegation’ a more heinous crime than razing the Babri Masjid to the ground with the whole world watching or murdering innocent persons by planting bombs? How can the people be convinced that the judiciary is just and fair, which allows the accused in Ayodhya case to be acquitted with honour and allows a terror-accused to adorn the Lok Sabha and a tainted military officer to re-join the armed forces? The judiciary’s jaundiced view has already led to the arrest of Teesta Setalvad and R.B. Sreekumar.

The superiority of urine therapy to treat diseases and many other medieval Indian subjects are perennial topics for the Sangh Parivar. A thousand memes have been made on these claims. But many of these statements become policy. What sounds ridiculous soon becomes sinister.  ‘Intellectual activity is a danger to the building of character,’ said the notorious Dr Goebbels.

The constant deification of Narendra Modi and demonisation of Muslims, Christians, intellectuals and others, have led to the near phasing of these communities, but long before this happening, a systematic campaign against them – shutting down their businesses and enacting anti-minority laws – has ensured that they have been turned into villains for whom no one has any sympathy.

Today, in India, the perception that Muslims and other minorities are ‘anti-nationals’ and ‘traitors’, has spread far and wide. Not just the hard core Sangh followers who have been brainwashed for years but also the Neo-converts – urban, educated and privileged – have bought into it. Their communal itch has been scratched and they are never going to raise their voices; they are ready to shrug away the fake historical claims of the Sangh Parivar because their darkest prejudices, long hidden, are now being given free ex

In any democracy the purveyors of hate and suspected killers would be swiftly arrested; here they are given a free hand and even felicitated. This impunity is not accidental; they are tacitly supported because they say the unsayable, however illegal, shocking it may be, but there are many things that cannot be said or done – that is left to the ‘fringe elements.’

The rhetoric and violence against minorities are accompanied by the laws the state enacts against them. The once independent institutions offer the legal backing, the genuflecting media ensure that the wider public gets the message that Muslims and other minorities are Enemy No 1. The line between ridiculous and evil then becomes very thin and eventually vanishes. And naysayers then become the enemy.

Unlike in other major democracies, in matters large and small, there are no real debates conducted in Parliament, where important bills are passed in a matter of minutes, and where the Prime Minister is never asked to answer questions posed by the Opposition.

The police and civil service, even if entrusted with the responsibility, do not conduct enquiry with exemplary efficiency and shirk from documenting the misdeeds of politicians in power. The Modi government won’t even refer important bills to a Parliamentary Committee, let alone agree to official enquiries into lapses in governance. Even if it did, the Indian civil service under Modi is too timid and risk-averse to ever place on record anything that might show the Prime Minister in poor light.

Narendra Modi has sought to construct a personality cult around him in the BJP. And has somewhat succeeded. This is in part because the sceptical Indians go in for hero-worship – they even dumped the Congress party after its many peaceful, successful years in power – and in larger part because BJP MPs are now willing to make it known that Modi is fit to be their party leader or Prime Minister.

Not one of the BJP’s 400-odd MPs has the courage or independence to even mildly criticise the Prime Minister in a party meeting, even with regard to such disastrous policies as demonetisation or the first Covid-19 lockdown. On the other hand, they seek to outdo one another in sycophantic praise of their Leader in public. Therefore, much as we Indians may scold and chastise our imperial past, there may yet be lessons for us in how we conduct our democratic present.