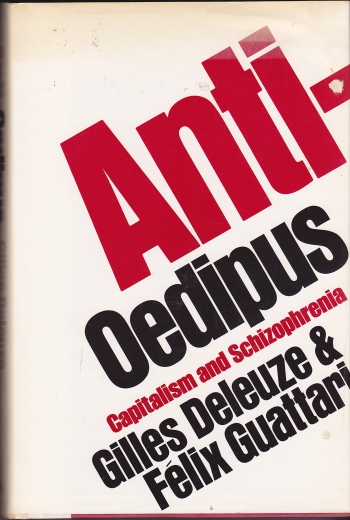 “Fascist in All of Us”

The title of this essay is a statement from Gilles Deleuze and Felix Guattari's book Anti-Oedipus which is certainly critical of Freud’s assertion of the universality of Oedipus’ fate. Eric Fromm fleeing from the Nazis wrote in his essay Prophets and Priests that “there is indeed no greater distinction among human beings than that between those who love life and those who love death.” Today in India we have so many priests and prophets who seem to love death than love.

The 20th century was an epoch of Enlightenment -- the supremacy of rationality -- but it also turned out to be an era of the passions of world wars, Nazi death camps, Communist mass murders of Stalin, Mao, Pol Pot and the like. The first two decades of the twenty-first century has been accompanied by the ‘return’ of fascist behaviour and the cultivation of Fascist philosophy in the troubled liberal democracies of the West. We have also witnessed the consolidation of authoritarian one-party States in Russia, China, the Middle East, Asia and Africa, producing some non-traditional alliances across the East-West and North-South divides. Fascistic sexuality based on domination and sex-authoritarianism in a masculinist culture is fundamentally anti-women.

The rise of neo-fascist parties in Europe is often seen as a consequence of the mass ‘refugee problem’ of immigrants in Syria, Libya and North African states who are fleeing war or conflict. Fascist parties in Germany, France, Austria, Hungary, Croatia, Poland, Italy, Greece, Spain and other European countries have become extremely xenophobic insisting on limits to immigration and increased militarized borders. The ideology of Germany at the time was an ‘affective ideology’ anchored in emotions rather than argument. Fascism is anchored in the body, in desire and the emotions.

The amount of hatred in our veins strikes with fear and trepidation. The social media has been infiltrated by hate mongers. “The strategic adversary is fascism … the fascism in us all, in our heads and in our everyday behaviour, the fascism that causes us to love power, to desire the very thing that dominates and exploits us. It's too easy to be antifascist on the molar level, and not even see the fascist inside you, the fascist you yourself sustain and nourish and cherish with molecules both personal and collective.”

Michael Foucault wrote in the Preface to the English edition, Anti-Oedipus, “I would say that Anti-Oedipus is a book of ethics.”... “Paying a modest tribute to Saint Francis de Sales, one might say that Anti-Oedipus is an Introduction to the Non-Fascist Life.” We are facing the very crisis of how to die as egos and be born again in the swarm, not separate and self-hypnotized, but individual and related. We think Fascism is a phenomenon that took place elsewhere, something that could only happen to others, but not to us; it's their problem. But is fascism really a problem for others to deal with?

The man who loves to hate is hiding in shadowy places, secret paths and back doors, everything covert entices him as his world, his security, his refreshment; he understands how to keep silent, how not to forget.  He or she is prompted by an instinct of self-affirmation and self-preservation that cares little about preserving or affirming life, an instinct in which every lie gets sanctified. Oedipus is the figurehead of imperialism, colonization pursued by other means, it is the interior colony, and we shall see that even here at home ... it is our intimate colonial education.

This internalization of man by man, this Oedipalization, creates a new meaning for suffering, internal suffering, and a new tone for life: the depressive tone. Oedipus is belief injected into the unconscious, it is what gives us faith as it robs us of power, it is what teaches us to desire our own repression. Everybody has been oedipalized and neuroticized at home, at school, at work. Everybody wants to be a fascist. We must learn from the psychotic how to shake off the Oedipal yoke and the effects of power, in order to initiate a politics of desire freed from all beliefs. Once we forget about our egos a non-neurotic form of politics becomes possible, where singularity and collectivity are no longer at odds with each other, and where collective ex

Eric Fromm, a German-escapee Jew who fled to New York when the Nazis came to power was a prominent social psychologist and philosopher associated with the Frankfurt. He published Escape from Freedom in 1941 which explores the psychological conditions that gave rise to the Nazi regime. He begins the book with a Talmudic saying: ‘If I am not for myself, who will be for me? If I am for myself only, what am I? If not now – when?’

Modern man, freed from the bonds of pre-individualistic society, simultaneously gave him security and limited him, has not gained freedom in the positive sense of the realization of his individual self; that is, the ex

Oedipus Rex is one of the Theban plays.  The Greek tragedies were composed to moralize the city state. The play explores Oedipus Rex as a moral play. But Freud made it a play substantiating his Oedipus complex. Sex repression became abnormal and even unhealthy. Morality was questioned. His system becomes conducive to fascistic culture. We in danger of the rule of the unconscious and reason and morality are dethroned from life and society.  We are left with an unconscious libidinal investment of the social field with no ethical demands.  It is not enough to say: we are fooled, the masses have been fooled. The leaders of the backlash may talk Christ, but they walk corporate.

Living everyday fascism is symptomatic – we are able to reconceptualise fascism which strives to shift the analytical focus from big political personalities, parties, movements and regimes of the early 20th Century towards the tyrannical bitterness of our minds, and actions that endow us with the lust for power and domination. Only micro-fascism provides an answer to the global question: Why does desire, desire its own repression, how can it desire its own repression?  But overcoming fascism is not just a matter only of politics and morality it is also a depth psychology that requires the cultivation of the open as opposed to the authoritarian personality.

The serious threat to our democracy is not the existence of foreign totalitarian states. It is the existence within our own personal attitudes and within our own institutions of conditions which have given a victory to external authority, discipline, uniformity and dependence upon leadership as saviours. The battlefield is also accordingly here -- within ourselves and our institutions. We and our intuitions are our saviours. Are we led by our common sense of reason or the blind fate of the unconscious passions?