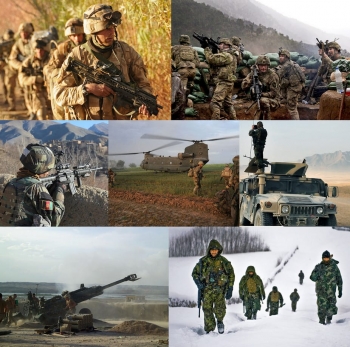 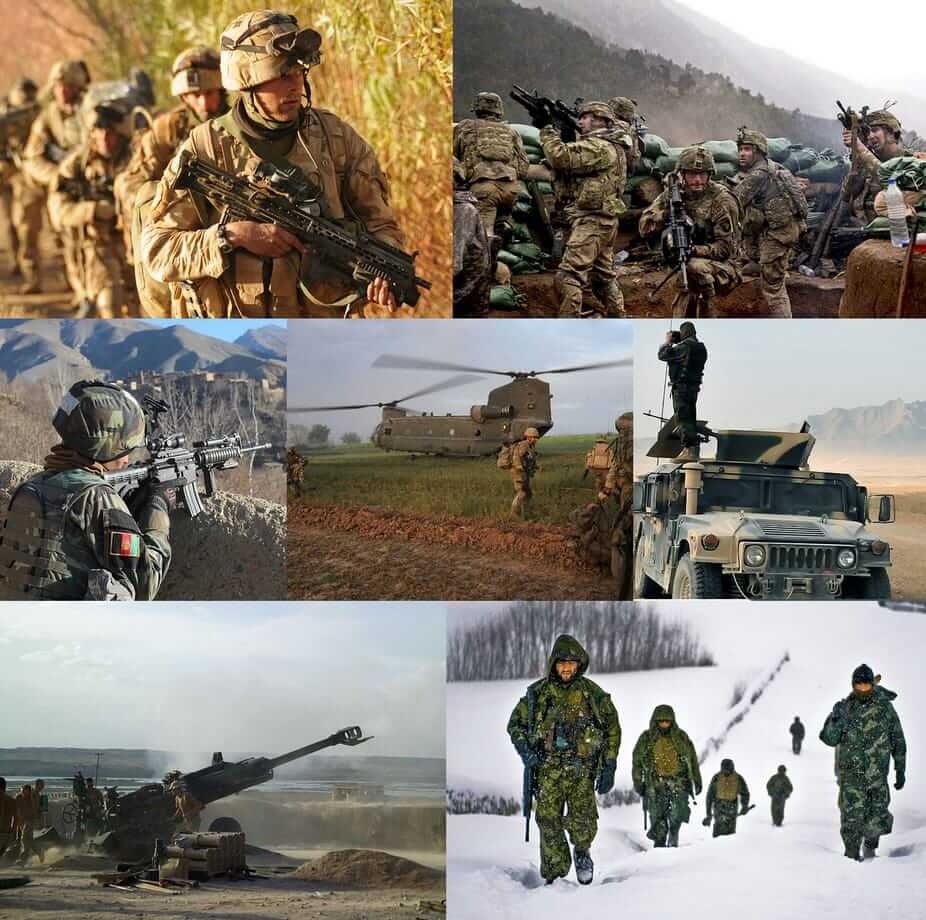 The Big Brother decides what 7.9 billion people in the world eat, drink, think, play, wear, and what not. He virtually controls everything because he has money, wealth to spare, media under control and MNCs that produce goods and services. Only he knows what is justice and injustice. He can invade any country he likes with a justifiable reason. He can trespass skies of any country and strike with impunity.

He can invade a country and execute its ruler. He can bring trade sanctions against any country. He can veto any decision at the UN. He decides which country is democratic and which one is undemocratic. He can destabilize any country in any part of the world.

He can wage a war against terrorism and still promote and support terrorist groups and organization. He can stop a country from processing nuclear capabilities, even for a peaceful and productive purpose like nuclear reactors, even while mass piling nuclear weapons. He can preach ‘discrimination’ and democracy to the world even while treating the coloured people as second-rate citizens in his own country -- remember the ‘Black Lives Matter’ episode.

He chooses between enemies and friends. He decides who should rule a country and who should not. He will discriminate his own people but still condemn discrimination elsewhere. He will not accept a woman as president but still talk about women emancipation. He talks about non-proliferation of arms, but makes arms trade a big business. He will force other countries to sign missile treaties while mass producing and selling missiles.

He can invade any country and exit as he likes, as in Afghanistan. He came into the country to wage a war against terrorism and to contain al-Qaida – the organization that was nurtured by the US once. Ten years back Osama was killed by SEALs. Everyone thought the war was over. But the US continued to remain there for another ten years. Has the war over terrorism ended? Has the US decimated all terror organizations operating in Afghanistan? These questions point towards the insincerity of the Big Brother in containing and waging a war against terrorism.

At the end Word War II, the world witnessed emergence of two big brothers. The entire globe became bi-polar. You were either with the US or USSR. The US advocated free market and capitalism and the USSR propagated communism and state-controlled market. Each brother made friends with enemy’s enemy and spent enormous money in the form of aids and arms trade. Almost every country had one big brother supporting, which meant each country had one big brother as its enemy. On the pretext of protecting from the enemy and his friends, each brother established army bases and sold a lot of warfare which became lucrative business for both the big brothers.

The two big brothers sold arms, ammunition, technology, fighter jets, missiles, submarines, air craft carriers, etc. to their supporters. The big brothers’ economy flourished due to several factors and to prove their hegemony, they kept all the countries in good amusement by engaging in proxy war. In 1991, the USSR collapsed and disintegrated into pieces, mainly as a result of ‘Perestroika and Glasnost’ masterminded by Mikhail Gorbachev, followed by public uprising. This was seen as the handiwork of CIA and western media that glamorized free market. Thus, we were left with only one big brother, the US. He assumed the custodianship of ensuring the welfare of the entire globe, maintaining peace and harmony in the globe, democracy and free market.

Taking leadership for the good is always welcome, but he became very arrogant over time. Thanks to advances he made in science, technology, intellectual capital, production of ultra-modern military arms and ammunition, big business houses that entered and captured the entire global market, and media houses that controlled narratives.

Afghanistan borders Russia and is considered very important for Russia’s national security.  As Afghanistan was a gateway to Asia, Russia always wanted to have strong ties and friendship with it and have a grip over its government. In 1978, after a revolution, Nur Mohammed Taraki became the president of Afghanistan with the support of Russia. Taraki was a communist leader and founder of People’s Democratic Party of Afghanistan. He signed a ‘Friendship Treaty’ with Russia that provided for mutual economic and military assistance. The Taraki government initiated a set of reforms radically modernizing the Islamic civil and marriage laws and aimed at uprooting existing feudalism in Afghan society. This did not go down well with his own party men. He was killed in September 1979 by the members of Afghan Communist Party. Subsequently, the USSR invaded Afghanistan under the pretext of ‘Friendship Treaty’.

Anti-Communist Islamic Afghans started disliking Russia and a number of fringe groups emerged to resist Russian military. But they did not have enough resources to fight such a disciplined and well-organized army. Most of the fringe elements of Afghans were ideologically opposed to Russia’s communism. These fringe groups started uniting to form Mujahideen which means ‘those engaged in jihad’. This was the opportune time for the US. They started supporting these Mujahideen fighters through agent Pakistan. Pakistan became the breeding ground for aiding and training these terror groups with the aid of US, both financial and technical. Thus, the two big brothers became responsible for the emergence of al-Qaida and Taliban.

Mohammad Najibullah formed a coalition government still being supported by the big brother USSR in 1988 but was opposed by Taliban. The Russians suffered heavily in the war as did US in Vietnam and finally withdrew from Afghanistan in 1989. It is estimated that around 5, 62,000 to 20,00,000 people were killed in the war and close to a million people fled the country as refugees to Pakistan and Iran. The USSR disintegrated in December 1991. Without the support of USSR, Najibullah could not last long and he resigned in 1992 and the civil war began.

The Taliban, formed in 1994, ably supported by Pakistan and the US, started capturing city after city and finally they entered Kabul in September 1996 and established an Islamic Emirate of Afghanistan. Osama bin Laden who was operating from Saudi Arabia shifted his base to Afghanistan with the full and active support of Taliban government. These two groups once bred by the US became the enemy of US after September 11, 2001 twin-tower attack and the subsequent war on terrorism began. This was the time for invasion of Afghanistan by another big brother US.

The big brother US had enough reason to invade Afghanistan in 2001. He called it ‘War on Terror’. This is the story and narrative that was told time and again. But the manner in which it ended shows unbridled arrogance on the part of the US army. The manner in which the US troops withdrew from Afghanistan is not only alarming but is in complete disregard to the lives and properties of Afghan people after occupying it for nearly 20 years. The country has plunged into chaos.

How the US forces vacated Bagram Air base bears ample testimony of callousness and insensitivity fueled by arrogance of unthinkable nature. Bagram is the largest Airbase set up by the US that had been the strategic epicenter of the US in dislodging Taliban and hunting down al-Qaida operatives. Bagram Airbase size is astounding, with two runways and over 100 parking spots for fighter jets. One of the two runways is 12,000 feet and was built in 2006. There is a passenger lounge, a 50-bedded hospital and giant hanger-size tents filled with essentials and supplies. There were thousands of civilian vehicles, a hundred armored vehicles, thousands of small weapons and ammunitions.

On July 5, 2021, the US left Afghanistan’s Bagram Airfield abruptly by shutting off electricity without informing Afghan military officials. By the time the Afghan Army came to know of it after two hours, the Air base was invaded by locals that rummaged and ransacked barracks after barracks. They looted including small arms. Later, it is reported that Taliban took procession of at least 700 trucks and passenger vehicles. It looks as if it was intended that way.

Gen. Mir Asadullah Kohistani, Bagram’s commander, said: “We heard some rumour that the Americans had left Bagram by seven o’clock in the morning.” By doing so, they have facilitated Taliban’s take-over of Afghanistan an easy task. It is no longer a secret that how quickly and swiftly the Taliban were able to capture Kabul and establish a new government purely by Sharia Law.

Because of the poor planning of the US exit, thousands of people are stranded, and cities are witnessing complete chaos. It was pathetic to see thousands of people swarming the Kabul airport desperately trying to board military transport and other commercial flights. There could be thousands of refugees trying to flee the country to escape from Taliban. The days ahead will unfold with stories of highhandedness of the big brother.