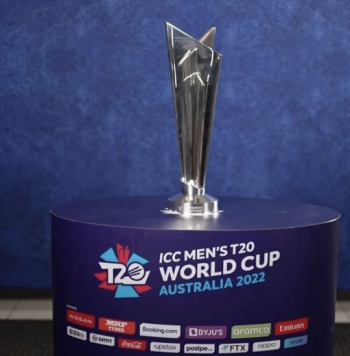 Last week, India was decimated by England in the semi-final of the T20 World Cup in Adelaide, and predictably, the country was shrouded in a blanket of gloom. As millions of fans grieved, the most heart-wrenching image was of our captain, Rohit Sharma dolefully wiping away his tears in the dressing room.

What a distressing contrast from the ecstatic scenes at the same venue a few days earlier when Virat Kohli’s batting pyrotechnics got us an astonishing come-from-behind victory against Pakistan. Despite the ban, firecrackers resounded across Delhi in celebration even as the notoriously fickle media hailed our heroes.

We had every reason to be proud of our team. In the group stage, India was the only team to win four out of five games. It had the second-best net run rate of the ten teams. Kohli and Surya Kumar Yadav were the top run getters in the tournament, with Kohli achieving a Bradmanesque average of 98.86 and Yadav scoring his runs at a phenomenal strike rate of 190, which means he scored almost two runs per ball.

India was among the best fielding sides, the performance against Bangladesh the fielding piece de resistance of the World Cup. Leading into the semifinals, India was justifiably touted as the bookies’ favourite to win the Cup. And lest we forget, our bowling attack, despite being without spearheads Jasprit Bumrah and Ravindra Jadeja, managed to restrict the opposition in all the games in the group stage, the highest runs conceded being 159 to Pakistan.

Then Pakistan, our archrivals, out of nowhere, sneaked into the semifinals, helped by South Africa’s habitual mental disintegration on the big stage, this time against minnows, the Netherlands. On top of the tension of dealing with the expectations of crazed fans back home, Pakistan’s fortuitous return from the dead brought in an additional challenge to the psyche of our players who were now duty-bound to outperform Pakistan, and dare I say it, this became the preponderant mission, rather than winning the Cup.

Sports, tethered to patriotism and national pride, has always been a potent auxiliary force in the politics of nations, never more so than when India plays sworn enemies, Pakistan. This noxious nationalistic frenzy has choked off the sheer human joy of dispassionately watching a great match-up or a brilliant performance by focusing obsessively on victory above everything else. The sporting contests between the two countries, particularly in the last few years, are nothing short of “war minus the shooting”, to invoke George Orwell’s observation.

In this communally surcharged atmosphere, cricketers and fans are obligated to wear nationalism on their sleeve. And God help them if they don’t! Do you remember Umar Draz, a 22-year-old tailor from Pakistan’s Okara district and die-hard fan of Virat Kohli, who was sentenced to 10 years in jail in 2016 for hoisting the Indian tricolour atop his house when India, driven by Kohli’s masterful 90, beat Australia in a T 20 international? Of course, we have forgotten this poignant subaltern act of immaculate sporting love. It is tragic that the world, which rushed to lionize Greta Thunberg and Malala Yousafzai for their rebellious activism, did not come out in support of this young man for his courageous act mocking jingoism. He truly deserves to be declared the icon of sports aficionados.

It was not always so bad between the two countries. There was a nicer, more decorous time when humaneness prevailed; when we treated each other with grace and magnanimity and generously applauded the accomplishments of the other. By far, the most sterling illustration of the spirit of sport was demonstrated in the civilized part of India, namely, the Chepauk stadium in Chennai in 1999. In a gripping Test match, marked by a heroic century in the fourth innings by Sachin Tendulkar who was also battling excruciating back pain, Pakistan prevailed by a mere 12 runs.

At a time when all of India was gutted by this loss to our arch-rivals, the Chennai cricket fans embraced our common shared humanity by giving the Pakistan team a standing ovation. That day, our dear thambis gave the world an object lesson in sportsmanship. In like vein, India’s Test tour of Pakistan in 2003-04 was a thundering success in every way. Not only did our team triumph 2-1 in the series but our heroes won over the crowds. Who can forget the Pakistani girls going gaga over dark, handsome Lakshmipathy Balaji, and the villainous President Musharraf complimenting debonair Dhoni on his long coloured mane and striking looks? Sadly, such camaraderie and goodwill are unthinkable in today’s fraught environment in the sub-Continent, where corrosive nationalism and political friction between the two nations have been transfused into the sporting arena, deeply influencing crowd behaviour.

Is it any surprise that etymologically the word “fan” has a less than honourable lineage? It springs from that ugly term “fanaticism”. Delving deeper I found its genesis in the Latin word “fanaticus” meaning “insanely inspired”. Today’s Indian cricket fan and his Pakistani counterpart are the meanest, most dysfunctional followers of what was once described as “the gentlemen’s game”. The rival fans are at daggers drawn and these vicious losers turn their daggers on their own team if it fails. In September, the deeply embedded hatred even spilt out among the diaspora in distant Leicester following the Asia Cup Pakistan-India T 20 match that saw pitched battles between Indian and Pakistani supporters, apart from the formulaic abuse on social media aimed at the players and their families.

To return to the just-concluded World Cup, on 9th November, in the first semifinal, Pakistan beat New Zealand with relative ease. Psychologists argue that the biggest challenge for a top-flight cricketer is not skill or technique but the psychological factors that affect thinking and, ultimately performance during a game.

So life-and-death and fierce is the rivalry between India and Pakistan that the Pakistan victory heightened manifold the pressure on India to win its semifinal against England. Our heroes entered the contest not only bearing the burden of expectation but also bowed down by the fear of reprisal in case of a loss; not the most desirable state of mind going into such a crucial encounter. While England played with freedom and confidence, the Indians were strangely tentative and subdued. India was pulverized and the vultures swooped in.

I’ve said enough about the venality of our fans – ugly, unforgiving, vicious – who, expectedly, use the anonymity afforded by the oceanic social media to hurl insults and abuse at the cricketers. But particularly galling has been the response of the armchair critics – namely our former know-all cricketers and journalists whose skill with the language is not matched by knowledge of the game.

One had expected former cricketers to show empathy at such a traumatic time for our heroes, and so it was jarring to read their insensitive reaction to the defeat. Virender Sehwag who himself did not know when to retire but was forced to walk into the sunset by the sheer weight of non-performance at the age of 37 years, has demanded that the senior players be dropped. Mohammad Azharuddin, who represented India in three World Cup campaigns where India also-ran, had the temerity to make the damning observation that neither the batters nor bowlers were up to the task. One expected our cricketing god, Sachin Tendulkar, to lash out at the uneducated criticism of our players, but like always, he prevaricated with an innocuous generalization: “If we celebrate our team’s success, we should be able to take our team’s losses too.”

The most objectionable response to India’s failure has been that of journalists whose ill-informed criticism reminded me of the Irish writer, Brendan Behan’s observation comparing critics to eunuchs in a harem; they think they know how it is done because they have seen it done every day but they are incapable of doing it themselves. These guys, whose knowledge of the game is entirely vicarious i.e. gleaned from watching others in action, have demanded a reboot of our T 20 team.

The common refrain is that the players above 30 years should hang up their boots. These wiseacres should then explain how the England team with nine of their first-choice players in their thirties, lifted the World Cup with panache! As a failed cricketer myself but one who has studied and knows cricket better than I know any other subject (which isn’t saying much, whispers my wife), my only criticism is that Chahal and Pant, proven matchwinners, should, all along, have played ahead of Ashwin and Karthik.

“All’s Well That Ends Well” is the title of one of Shakespeare’s more problematic comedies but it is the phrase that I invoke for my present purpose. It means that a situation that did not start in a good way has ended satisfactorily. In the context of the T 20 World Cup, the general feeling among cricket fans in this country after the final between Pakistan and England, was that “all’s well that ends well.” We were knocked out but so was our bete noire, Pakistan!

I wonder what Freud would have said about such collective schadenfreude!