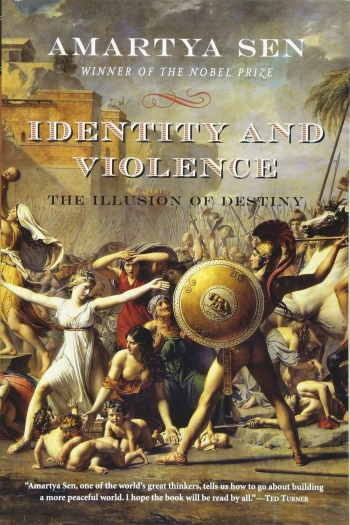 World has been witnessing conflicts and violence based on religion from the time people began to form communities or groups based on their religious identity. For millennia, all religious traditions have either fallen victim to or sanctioned violence. Christians, Buddhists, Hindus, Jews, Muslims, Sikhs and others have long invoked violence in the name of religion. When religion and state are intertwined, violence takes place.

Progress in science and technology should have reduced religion-based hatred and violence, but it has not happened. According to Pew Research Centre, in 2018, more than a quarter of the world’s countries experienced a high incidence of hostilities motivated by religious hatred and mob violence related to religion and harassment of women for violating religious codes.

The ultimate goal of inter-religious dialogue is contributing to the promotion of peace and harmony by reducing/preventing conflicts on the one hand and increasing understanding and cooperation among the followers of different religions to build a better world.

A human being has several identities like religion, class, gender, profession, language, politics, etc. Dr. Amartya Sen in his book, “Identity and Violence: The Illusion of Destiny”, argues that a major source of potential conflict in the contemporary world is the presumption that people can be uniquely categorized based on religion or culture. “Violence is fomented by the imposition of singular and belligerent identities on gullible people, championed by proficient artisans of terror,” he writes. Identity can create in a person a sense of belonging to a community and also a sense of security. At the same time, it can exclude many people; sometimes it can lead to hate and enmity towards another group. The very process of creating an ‘Us’ involves creating a ‘Them’ – the people not like us. Hence, the force of any bellicose identity is to be challenged by the power of competing identities as advocated by Dr. Amartya Sen.

When I look at myself, I can see different identities in me. I am a Christian by religion; at the same time, I am a Malayalee by language and culture; I am a social worker by profession and a writer by my hobby. Therefore, I cannot say that being a Christian is my only identity. I make a choice about what relative importance I have to attach, in a particular context, to the divergent loyalties and priorities. This process requires reasoning and choice. When I am involved in a project of social workers to deal with a social issue, I do not focus on my identity as a Christian. Over-emphasis on a particular identity like religion or ethnicity and limiting one’s identity only to one among the several identities to the exclusion of others, often create conflicting situations. Hence, accepting plurality of identities and the freedom to focus on one or the other identity according to the situation, is essential for creating a conducive atmosphere for inter-religious dialogue.

One of the reasons for the conflict among the followers of different religions is growth of fundamentalism or fanaticism within the religions. The fundamentalists believe that their religion is beyond any form of criticism, and anyone who appears to be a threat to their beliefs will be dealt with violence. Religious terrorists belong to this group.

Logical explanations and scientific evidence have no place in the belief systems of fundamentalists. Taliban in Afghanistan is an example of the worst form of religious fundamentalism. Engaging with fundamentalists of any particular religion from the perspective of dialogue is very difficult. Therefore, the followers of all religions have to be alert and should not allow growth of fundamentalism among the believers.

Educating the followers of any religion to transcend lower identities and focus on the highest identities is an effective method to create a conducive environment for inter-religious dialogue. Francois Gautier, in his book “The Guru of Joy: Sri Sri Ravi Shankar, the Art of Living”, writes that human beings have five major identities. Firstly, all human beings are part of the Divine; secondly, they all belong to the human race; thirdly, they are either male or female; fourthly, they belong to a particular nation; and fifthly, they belong to a particular religion. In order to engage in dialogue with other religions, the followers of a religion have to focus on the highest identities: humanity and the divine presence in all human persons. Thus, the ability to transcend the lower identities and focus on the highest identity will contribute to the effectiveness of dialogue among the followers of different religions.

A Hindi movie Dharam directed by Bhavana Talwar concludes with a very meaningful statement by Pandit Chaturvedi, the main character. “Religion is not mere rituals, but duty and responsibility; rejecting discrimination is religion; unity and harmony is religion; humanity is religion.”

One of the main reasons for conflicts between followers of different religions is politicization of religion. Because of mixing religion with politics and the state becoming theocratic, religious freedom is totally curtailed and religious minorities are discriminated against and even persecuted in some theocratic states. Afghanistan is one of the worst examples of the danger of mixing religion with politics. In many theocratic countries, not only religious freedom but also basic human rights are denied or violated.

Secular or pluralist democracies are found to be the best form of government that can ensure religious freedom and reduce discrimination and persecution based on religion. India accepted secular democracy when it formulated and adopted its Constitution. In the context of India, secularism does not mean anti-religion but equal respect and treatment for all religions. In Hindi, it is called Sarvadharma sambhav. Article 25 of the Indian Constitution states clearly what secularism means for India.

The State shall not discriminate against any citizen on the ground of religion only and that the State shall have no religion of its own and all persons shall be equally entitled to the freedom of conscience and the right freely to profess, practise and propagate religion. (Article 25)

Despite the constitutional provisions for equal rights and opportunities for the followers of all religions, the practice of the Constitution may change according to the ideology of the political parties that come to power. Without changing the Constitution, the constitutional provisions could be violated and the judiciary may fail to be a guardian of the Constitution and the fundamental rights of citizens. Hence one of the goals of inter-religious dialogue should be promotion and strengthening of pluralist democracy, especially in the context of many democracies slipping into authoritarianism and even fascism in different parts of the world.

Dr. A P J Abdul Kalam, former President of India, is a beautiful example of harmonizing two different religious identities. He was a genuine Muslim, who did his namaz, and observed Ramzan duties without fail. But he was also a vegetarian who read the Bhagavad Gita and listened to Carnatic devotional songs every day.

Universal Solidarity Movement (USM) Indore, of which I have been a partner for the last three decades, is a successful experiment to harmonize different religious identities. USM envisages building a civilization of love by drawing the core spiritual values of all religions in India. USM visualizes an India/world with:

The universal family spirit of Hinduism and Bahai Faith,
The discipline and fellowship of Islam,
The courage of Sikhism,
The compassion of Buddhism,
The non-violence of Jainism,
The creativity of Parsi Religion,
The indomitability of Judaism,
The cosmic solidarity of Tribal Religions,
The self-sacrifice and forgiveness of Christianity.

Based on this vision, individuals belonging to different religions live in a community and work for the realization of its vision. The USM community in Indore has common meals, common daily evaluation and twice a day inter-religious prayer with common songs and readings from different scriptures. The community members are completely free to practice their religion the way they want without causing any problem for others. Prominent festivals of the religions to which the members belong are celebrated.

All those who come to USM community are fascinated by the warm hospitality, respect for all religions and cultures, equal respect for all without any discrimination, transparency and team work. In fact, the USM way of life is an inter-religious living for achieving the goals of Inter-religious dialogue. It is an attempt to demonstrate that the vision of India, as envisaged in the preamble of the Constitution, can be realized -- an India with pluralism in terms of religion, culture and language; justice, liberty, equality, fraternity and respect for individual dignity.