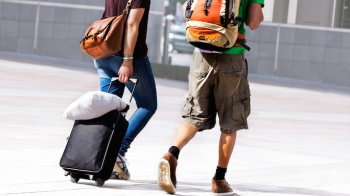 FREEDOM FOR ALL - A DISTANT DREAM 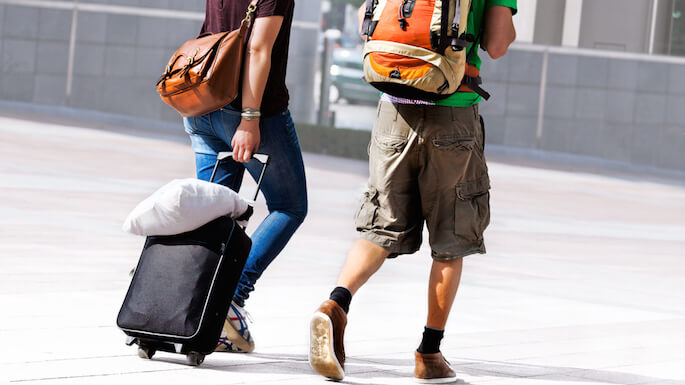 As the nation celebrated its 75th Independence Day on 15th August 2021, we are reminded of the sacrifices of the valiant heroes, both sung and unsung, who stood against the might of the British Empire and gained us freedom.

The nation has come a long way since then.

India’s march towards progress and development has been remarkable. But has the country risen to its full potential as yet! Crippling setbacks have often foiled the nation’s ambitious plans.

Our hearts swell with pride at the mere mention of Indians excelling in various fields across the globe. But we tend to forget that as foreign nationals they bring laurels to their adopted countries and not India.

‘Brian drain’ has cost India dear and continues to be a serious cause of concern for the country.

Migrating to the West in search of better jobs, lucrative salaries and higher standards of living, the incessant exodus of scholars and professionals in various fields has definitely had a retarding effect on the growth of the nation.

If it is the search for better career prospects that is taking our youth to foreign shores, it would imply that despite the best of education, the country has failed miserably in providing better employment opportunities to the youngsters.

Or is it our ‘percentage-oriented’ education pattern that is taking its toll on the students who are tutored from day one only to vie for high marks without gaining a comprehensive knowledge of the subjects they are taught.

But this system of learning has had an adverse effect with the skyrocketing cut-offs for admissions in top Indian universities depriving many the chance to study in some of the prestigious educational institutions of the country.

This then has urged many to explore the scope of higher education abroad and secure a place in good universities. Considering the global exposure and access to high quality life and facilities, there is a marked reluctance exhibited by the students to return home.

Possibly the implementation of the New Education Policy (NEP) in our education system will change all that!

These days there is a palpable sense of pride in the country!

Ever since the advent of social media in the late 2000s, other than the usual gossip and sensational stuff, we have also been privy to posts that touched us emotionally and raised the spirit and essence of nationalism in us.
The bravery of our soldiers was one such subject that brought out the ‘Indian’ within us.

The life of our jawans who are defending the world’s highest battlefield to save their motherland has being awe-inspiring and their stint at the unforgiving Siachen Glacier has earned them the respect of a nation.

At the forefront of all emergencies and calamities, natural or otherwise, the Indian armed forces have ably supported the civil administration in restoring normalcy.

Their heroics have made our troops the toast of the nation. The country can just not stop eulogizing its military personnel.

But how many of us have seriously thought of enlisting in the defence forces and serving the nation!

At a time when the nation is experiencing the trauma of hostilities at all its borders, not to speak of the insurgency within its territories, shouldn’t the younger generation be more enthusiastic about strengthening the armed forces and increasing our military might!

However, a career in the armed forces is not all that attractive for youngsters who, armed with their MBAs, prefer the fat pay cheques and perks that come with an employment in reputed business establishments and other conglomerates.

India today rejoices in the glory of the seven medals it won at the Tokyo Olympics. And why not, it was a stupendous achievement! But when will we get over our mentality of settling for the second or third-best when aiming for nothing less than a top-spot should have been the objective!

For a nation of 1.39 billion, it is not the spotting of potential talents that has been the impeding factor but the lack of sporting infrastructure and facilities which have denied it excellence in the global arena of sports.

Neeraj Chopra’s Gold in Javelin throw at Tokyo is no doubt a shot in the arm for Indian sports, but it will require a sustained effort by the administration to produce more of his kind.

Gender-bias is very much rampant in the society even today despite efforts to do away with the malaise.

The mindset problem when it comes to equal service opportunities for men and women has been that dissuading factor which has time and again come to the fore epitomizing the hesitation shown by the more dominant male-society in accepting women as equals.

For that matter, how safe are our women in our country! In spite of the most stringent of laws against rapes and other heinous crimes, atrocities against women continue to shock the nation.

Acclaimed as the world’s fastest growing economy, the saga of economic development in India has not been all that encouraging considering the remarkable contributions from a broad variety of sectors, industries and companies.

The alleviation of poverty, for instance, has been the most challenging task for successive governments.

The Indian flag is the symbol of the country’s freedom, the hopes and aspirations of its people. Ironically though, the tricolour seems to assume all the more significance for impoverished women and children selling them on streets and at traffic signals on Independence Day or Republic Day, year after year.

Apparently their daily sustenance, at least on these days, is dependent on the patriotic fervour that they are able to raise in the people through the national flags and mementos they sell them!

Even after 74 years of the so-called freedom that we are enjoying, would it be wrong to say that India is still grappling with issues and challenges which were ominously present even in the pre-independence era!

Besides the issues of poverty and unemployment, the COVID-pandemic has sufficiently highlighted the nation’s unpreparedness to handle catastrophes of this nature. The challenges confronting the healthcare system in the country need to be dealt with in a timely manner and efficiently.

Considering that discrimination on the basis of religion, caste and ethnic identity continue to be the bane of the country, Prime Minister Narendra Modi has rightly opined that without removing the poison of social divisions and disharmony, and further strengthening the spirit of oneness and human empowerment, freedom cannot be a reality for all in our country.