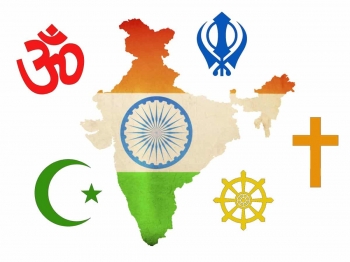 Freedom of Religion : A Paradox?

The Supreme Court of India pronounced a significant verdict on 09 April 2021, “People are free to choose their own religion”. The bench of the court was led by Justice Rohinton F. Nariman.

The bench affirmed the ‘right of the citizens of the country’ to “profess, practice and propagate religion”, perfectly in line with the provisions of the Constitution of India.

The judgment came in the wake of a false and funny type of petition by advocate Ashwini Kumar Upadhyay, who claimed that there is ‘mass religious conversion’ happening ‘by hook or by crook’ across the country.

Justice Nariman posed a razor-sharp question to the petitioner, “Why should a person above 18 years not choose his (or her) religion”? Exposing the silliness of the petition, he crossed the petitioner asking “What kind of a writ petition is this”?

Stating the petition “very, very harmful kind” of “public interest”, the Justice cautioned the petitioner further, saying that “We will impose heavy costs on you…Withdraw it or argue and risk the consequences”.

Dismissing the petition, along with the pleas to approach the Law Commission or the High Court, is a major lesson for those that are of the kind of the petitioner.

Quoting Article 25 of the Constitution of India, the Justice questioned the petitioner as regards the ‘implications’ of the ‘freely propagate’, along with ‘profess and practice’, subject only to ‘public order, morality and health’.

‘Every person is the final judge of his own choice of religion or who their life partner should be’ is a question of the common sense of the individuals.

To expect the court ‘to sit in judgment of a person’s choice of religion or life partner’ does not stand to any sound reason. Well, the wisdom of the court is a standing logic for the humans, for odd as well as even times.

The court has grounded ‘freedom of religion’ in the fundamental right to ‘privacy’, which is inviolable, along with ‘right to life, dignity and liberty’. This makes the verdict more sound and effective.

Needless to state that the basis of the petitioner is totally ‘imaginary, fake and vicious’ that ‘there is not even one district in India that is free of black magic, superstition and religious conversion done, by means of intimidating, threatening, luring through gifts and monetary benefits’.

Even before the amendment, ever since its inception, the ‘spirit’ of the Constitution was ‘secular’. The amendment only verbally and legally explicated the mind of the Constitution, as ruled by S. R. Bommai, the Human Resource Development Minister in the United Front government from 1996 to 1998.

The anti-religious riots and violence, like the 1984 Anti-Sikh Massacre in Delhi, the 1990 Anti-Hindu Riots in Kashmir, the 2002 Anti-Muslim Riots in Gujarat and the 2008 Anti-Christian Riots in Odisha, are major anomalies of the above provision of the Constitution.

Besides, the ‘anti-conversion laws’ in Orissa, Madhya Pradesh, Arunachal Pradesh, Chhatisgarh, Gujarat, Himachal Pradesh, Rajasthan, Tamil Nadu, Jharkhand, Uttarakhand, along with the recent ‘ordinance’ in Uttar Pradesh, betrays the spirit of ‘secularism’ and violates the ‘religious freedom’ enshrined in the Constitution, manifestly so.

As a matter of fact, it is too obvious that almost all the major and minor religious traditions of the world are in India. Four religious traditions have India as their birthplace, too. Too often, India is considered a ‘religious country’ for the presence of diverse religions, along with the profuse religious engagement of the people in general.

The root of the problem in our country is this that ‘we the people’ have not acquired the required ‘maturity’ as citizens of the same country to ‘peacefully co-exist’ and ‘harmoniously live together’ with all religious and social communities in India, honoring their differences.

We the citizens fail to rise above the petty majority-minority considerations, because, since time immemorial, we have been too much habituated to discriminative and divisive policies and practices, both in organized and unorganized ways. It is high time we got rid of the heavy hangover of the same.

A fairly high percentage of people in India are either owners or beneficiaries of the west-generated technological gadgets and facilities, along with education. But, we have not been fortunate enough to grow beyond selfish, petty, jealous, communal, discriminative, divisive and raw ways of thought and behavior, in view of an inclusive attitude to one and all.

As ‘we the people’, we are called for holding on to our ‘Constitution as the most sacred book’ and abide by the great ‘values’ enshrined in it and the ‘spirit’ that emerge out of them. Therefore, it is our ‘ethical, human and spiritual duty’ to honour the ‘right to life, dignity, privacy and liberty’ and, as a result, ‘freedom of religion’, necessarily so.

We need to come out of the predicament of considering the other as ‘this and that’ and boost up our ‘sense of togetherness’ as ‘citizens of one nation’, by staying tuned to each other. Only then, the great ideals of the country, such as ‘unity in diversity’ and ‘vasudhaiv kutumbakam’, will become a reality for us.