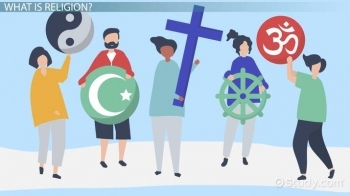 Freedom of Religion: ‘Freedom of Choice’ Applies to Religion as well

The Delhi High Court on 03 June 2022 pronounced a historic verdict, affirming that ‘religious conversion, unless forced, is not prohibited; every person has the right guaranteed under the Constitution to choose or profess any religion’.

This judgment was in response to the petition by advocate Ashwini Kumar Upadhyay that ‘conversion by ‘hook or crook’ offends Constitution and is against principles of secularism. Therefore, laws have to be framed for prohibiting religious conversions by intimidation or threat, by luring a person through gifts and monetary benefits or using black magic and superstition’.

The petitioner further alleged that ‘mass conversions of socially and economically underprivileged people, particularly those belonging to Scheduled Castes and Scheduled Tribes, are happening.

The Bench of Justices Sanjeev Sachdeva and Tushar Rao Gedela deserve to be complimented for clearing up the Himalayan confusion, by asserting that the ‘freedom granted by the Constitution of India has not to be violated by anyone, at any rate’.

The judges sharply questioned the petitioner on the required evidence and statistics as regards the what, who, when, where, how, how many, and the like. The court cautioned the petitioner as to the use of the shaky foundation of the social media, newspapers and Whatsapp and directed him to collate with the governmental ministries.

‘All religions have beliefs. Beliefs may or may not have some scientific foundation but that does not mean that the belief is fraud. That’s a belief an individual has. If somebody converts or is encouraged to convert into another belief, that has to be considered the prerogative of the person’, the court observed.

Now, question arises, why there is an inflated hullaballoo about religious conversion? As a matter of fact, religion is just one of the several social entities of the human society. It is human-made and so is limited, too. Placing too much importance on religion, that also much more than human wellbeing itself, goes against the very logic of life.

Furthermore, conversion would mean ‘change’ and change is always for the better. Changing for the better is the most basic right of the human person. Denying that right would be the most stupid of all acts the humans can commit. It is criminal to deny the right to change for better prospects, too.

More often than not, people are happy when someone leaves one’s religion and joins that of theirs. But, the same people do not often seem to be at home with people leaving their religion and joins another one. This is hypocrisy to the core. If there is a bridge, it has to be used for crossing either side.

People often tend to see material advantages with a negative eye when it is a question of religious conversion. It is too obvious that religion is a combination of material and spiritual benefits. There is nothing in this world that is purely spiritual. It is granted that material benefits should not be the sole aim of conversion, certainly so. While focusing on higher values, the overall betterment of the person cannot be ruled out, even in case of religious conversion, because religion is oriented to a meaningful life.

As a matter of fact, freedom of choice is basic to human life. The humans are free to choose a woman or a man as life partner. The couple can choose whether they want to have a child or not. They can choose to have a house wherever they like. They can be a citizen of any country they like, too.

Given such a social texture of human life, what is the problem in opting for a religion or switching over to another religion or choosing to be without religion? Religions are nothing more than different traditions that facilitate the humans to reach God. Such a basic choice is the fundamental right of every citizen.

The above petitioner seems to fly up in the skies with imaginary ways of religious conversion and with concocted theories about a simple choice someone is entitled to make. It is not difficult to see the foul motives behind such an attempt that makes ‘much ado about nothing’.

As a matter of fact, all religious traditions have good values that motivate the humans to live a life that is meaningful. As human creations, none of the traditions are perfect, as well. Therefore, it is wise to imbibe values from all traditions. Given such an understanding, choosing anyone of them as main is not an issue at all.

The Constitution of India ensures all citizens ‘freedom of thought, freedom of conscience, freedom of speech, freedom of action, freedom of decision’, and the like. This freedom is the living symbol of the ‘dignity of the human person’. Violating freedom would mean stripping the humans of their dignity’, which is a crime against humanity and divinity in one shot.

Those who get over-charged as regards religious conversion are discriminative and divisive in life. They seem to be too much pre-occupied with number-game in the name of religion. They seem to have a superiority complex as regards their religion, as well. These vices and abnormalities have to be overcome.

Religious conversion has to be allowed to happen, just like other types of conversions or changes in life. To have a different norm for religious choices would be discriminative in attitude. Life should have one attitude for all its items. To leave it to the respective individual, as in other cases, is the right policy in life.

‘Freedom of choice’ symbolizes the quality of human life. It is a human, individual, social, spiritual and cultural quality. It applies to all the areas of life, individual and social. It applies to religion as well. Therefore, religious conversion is to be taken in a lighter vein, well, in a positive frame of mind, too.

(The author is Director of Institute of Harmony and Peace Studies, New Delhi. He could be contacted at ‘mdthomas53@gmail.com’.)