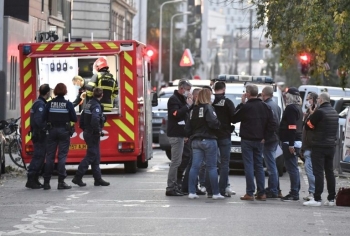 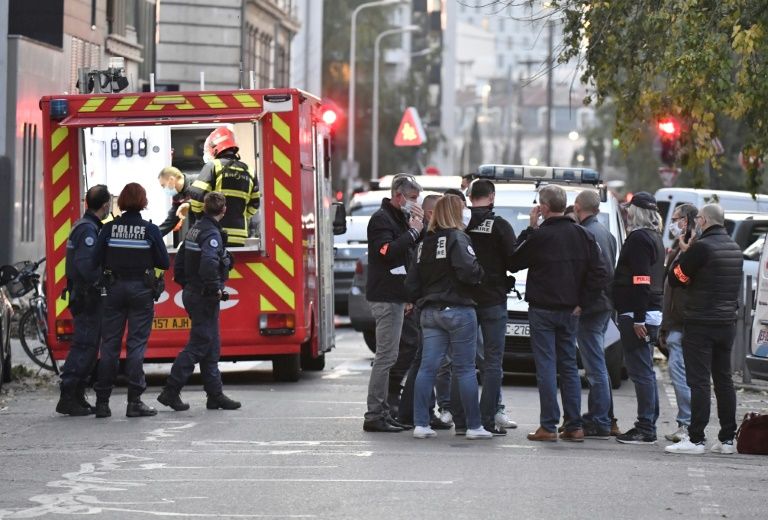 Fundamentalists who are engaged in violence, hatred and murder  are enemies of religion. Despite shouting slogans of their respective  religions and gods  they are causing much damage and disrespect both to their religion and gods.

A militant  group, Hindu Sena chief  Vishnu Gupta had owned responsibility for defacing the signage outside India Islamic Cultural Centre ( IICC) in New Delhi to express anger against the terrorist act and murder in France. The same group had defaced  the road signs in national capital  which were meant for expressing  honour  to the  historical  Muslim personalities. By such destructive acts they are defacing their own religion and gods.

What is the moral right of  Hindu Sena and  other fringe groups of Hindutva  to protest against the terrorist acts  in France  when they themselves are  engaged in terrorist style of attacks on minorities  and dalits in India? Where do they hide the number of lynching  cases of  innocent  Muslims  ?

Do the  Hindu Sena and  other militant Hindutva groups  know  that the French people  have not  retaliated  against the minority Muslim community  despite the repeated  terrorists activities of Islamic groups  in their land ? Though the whole country condemns such terrorist acts,  people do not indulge in violence against the Muslim community. They are not led by religious fanaticism.

It is an undisputed fact that France is wedded with secularism which respects liberty of individuals  and communities. For them secularism is as sacred as religion to Indians. The national heritage of India is pluralism which is more than western understanding of secularism. It is based on the universal family spirit of Hinduism. Hindutva is distortion of Hinduism which is the very soul of India.

Militant Hindutva forces neither understand nor accept the universal   values of equality, justice, freedom, fraternity and dignity of individual. The noble Hindu spirituality of Aham Brahmasmi  teaches us to see and honour  God who is dwelling in the other irrespective of his/ her caste, creed, colour,  status, sex  and nationality.

Ignorance of the most essential aspects of  one’s own religion  makes people   fanatics  and indulge in hatred and violence against  others. In the past   with the patronage of   Christian kings  and  emperors  the over zealous Christians  committed violence  on people of other faith and culture . Crusades  and forceful conversions with the support of colonial rulers  were contrary  to the way of Jesus Christ.

Instead of condemning the terrorist acts and murder by the fundamentalist Islamic  groups in  France  several Muslims organized  protest rallies in  India  against French president Emmanuel Macron. This kind of reactions will only alienate Muslim community  further . By such acts they deface their religion and their God, allah.

The fundamentalists of all religions  betray their founders and  distort their teachings. Always  the children and  the youth  are vulnerable  to their manipulation and brainwashing. They mislead  the innocent youth to commit all kinds of  terrorist acts for their political agenda.

It  is high time for teachers and all peace loving persons to commit themselves to educate and  liberate the youth from all kinds of manipulations  and propaganda.  This is an urgent mission to save humanity and all the noble values like pluralism, universal solidarity, justice, equality and liberty. Youth and youth alone can save humanity from violence, hatred  and polarization.