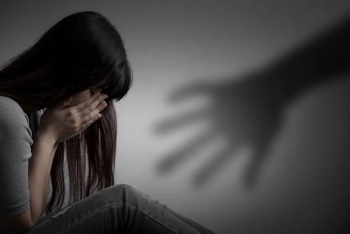 Watching one’s baby growing up is emotionally exhausting. Be it talking, walking, jumping, running, throwing tantrums etc., the list is long. Nonetheless, every milestone of a child’s development is unique and many parents consider it worthy of preserving such memories.

But a software engineer in Bengaluru, for reasons whatsoever, simply smothered his two-year-old toddler to death last week. His brutal, barbaric and diabolic act is too shocking for words. That he was so cruel towards own small child deserves the most unequivocal and strongest possible condemnation.

Well, whether it was premeditated or otherwise, the ongoing investigations is expected to unravel the real motive. But a life is gone, which wouldn’t come back.

What we know so far from news reports is that he was debt-ridden, incurred a financial loss in his Bitcoin business and had no job for the last six months. He pledged his wife’s jewels, lodged a false police complaint thereof and when summoned to the police station for an inquiry, he disappeared along with his daughter. His mobile phone call records showed he had been receiving calls from his landlord, daughter’s school, financial institutions etc., ostensibly, towards pending payments.

The toddler’s lifeless body was found during the course of investigations, after his wife lodged a missing complaint. It was discovered afloat in a lake and his car found nearby. It was initially suspected that he too might have drowned but his body wasn’t found. However, the telephone calls he made to his relatives after the incident, trying to project the disappearance of him and daughter as a kidnapping, helped the long arm of law catch up with him.

Filicide, the killing of a child by a parent or parent equivalent, is considered as one the most unfathomable of crimes. According to research, filicides happen because some mentally ill parents consider the offspring unwanted or when they perceive it to be in the child’s best interest. It may be reality-based, that is the child suffers from a terminal illness or precedes the suicide of the parent. A filicide may also be due to an unintentional outcome of parental physical abuse. At times, it has been found that the parent has killed the child in an effort to exact revenge on the other parent. The parent sometimes kills the child on the belief that the child is possessed by the devil or the child is regarded as a hindrance.

A 2012 study found that a child in the United Kingdom is killed by his/her parents every ten days, whereas a baby is killed every two weeks. In two-thirds of cases where a child has been killed, the parent is the main suspect. In Australia, between 2000–01 and 2011–12, 238 incidents of filicide were reported involving the death of 284 children. In the US, an analysis of filicide cases between 1976 and 2007 found that they occurred about 500 times a year and almost 72 percent of those killed by their own parents were 6 years old or younger. Notably, about one-third of the victims were just babies under one year of age.

In the recent Bengaluru case, the man said he attempted suicide by drowning but the water was shallow. Further, he made a false police complaint about his wife’s jewels. To top it all, his reported confession that he “didn’t have money to feed his daughter” is hardly convincing.

Let’s rewind and appreciate the challenges the poorest population in India faced during the two years of coronavirus pandemic. Even as many people lost their livelihood due to COVID, there are several inspiring real-life stories that depicted we are greater than the challenges and difficult times which may come our way.

It is motivating how unselfish people in a Tamil Nadu village, which lacked even minimal facilities, came together to ensure everyone was able to earn their living during the COVID lockdown. That to benefit everyone mutually, they all informally agreed as to when each of them must avail the MGNREGA scheme. Accordingly, each one got work for a couple of days and waited for their next turn for a couple of weeks.

A widow in Kanyakumari, who worked in hotels doing small jobs earning Rs 200 daily, was out of work due to COVID restrictions. However, local families lent a helping hand by employing her for household chores and she was able to tide over the situation.

A Delhi school teacher resorted to selling vegetables to maintain his family after his school shutdown due to COVID lockdown.

There are instances galore where educated young men who lost their jobs resorting to heavy manual labour to sustain their families. So, efforts never go waste.

Currently, post-COVID, with challengingly turbulent times prevailing, there is economic uncertainty across the globe. While several big top-notch organisations worldwide have announced job cuts, the medium and smaller ones are resorting to layoffs.

India is no exception where even reputed corporate companies are either downsizing or restricting hiring new employees. The case of three young men who had taken an adjacent house during their post-graduation is worthy of mention. After successfully completing their studies, despite lockdown disruptions due to COVID, two of them got job offers from reputed companies in campus recruitment with generous remuneration. Sadly enough, their training is yet to commence. The cause for worry is that only after training their formal engagement would take place. However, in the interim they have been keeping themselves busy with low paid private tuitions in the neighbourhood.

The third young man narrowly missed the opportunity as he was unwell during the campus recruitment drive. Nonetheless, he accepted whatever job came his way soon after exams. Gainfully employed with a start-up company, although on a “minimum wage” salary, he isn’t disenchanted. He is investing his time and energy in developing specific skills apart from enrolling for unpaid internships to gain access to better opportunities. Simply put, it is the interest that motivates people to develop talent in the first place.

There is an imperative need for parents to view their girl child as a gift of God unlike the Bengaluru techie who could own a car, yet consider his girl child as a burden.