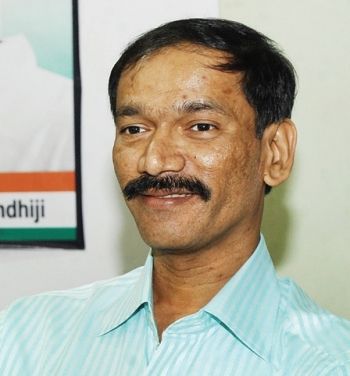 Apparently, the Congress in Goa has been doing everything but enhancing its reputation as a strong Opposition to the BJP. By aiding defections, no doubt the Saffron party has shrunk opposition space in an unseemly way. But the Congress too has been grossly guilty of not anticipating these ruses thus failing it keep its flock together.

Electoral disasters have hence been a natural consequence! But for the Congress, staying out of power for such a considerable period of time has been a mind-boggling adversity. Naturally, a pall of gloom has descended on the party headquarters in Goa.
All-India Congress Committee in-charge of Goa Dinesh Gundu Rao was in the state for a two-day visit with the aim of reorganizing the party following a thorough analysis of its rout in the recent Zilla panchayat polls.

In the event of any debacle, the search for a scapegoat to pin the blame on continues to this day unabashedly. In modern day parlance ‘witch-hunting’ is a term one usually associates with this abominable practice indulged in by political parties to keep a clean slate.
The resignation of Girish Chodankar as the Goa Pradesh Congress Committee Chief is one such instance that necessarily needs to be seen from this perspective!

Let us for once understand that the Congress in Goa is today a political dispensation that fails to justify its stature as the grand-old party of the country.

Mutilated beyond recognition, the party in Goa is virtually gasping for breath. Seriously in need of rehabilitation, efforts were to be made to revive the fortunes of the party in a gradual and phased manner.
But the Congress has been guilty of behaving as if things were normal and believing that the series of setbacks it has been suffering ever since the saffron-wave swept the state, and the nation, is a just a temporary phase in its ‘glorious’ existence and would seemingly have no bearing on its electoral fortunes.

An occasional victory for its candidates here and there only accentuated the complacence!

Although the senior leaders would not want to admit it, the infighting that has infested the party has had a cancerous effect. The blame-game within the party continues as if there is no end to it.

Quick to take to the media, senior party members have made a mockery of themselves by going public with their views on the affairs of the party. The ‘seniors versus political novices in the party’ argument that has preoccupied some of the leaders in the state is drawing unnecessary attention for the frivolity of the whole issue.

Besides, the young brigade bemoaning the domineering attitude of many of the senior leaders and a spate of resignations by minority leaders in the party throws a big question mark over the democratic functioning in the party.
The saffron-blitzkrieg has made the Congress in the state politically inconsequential in the present order of things. As good as a fledgling in the state’s political scenario, the Congress has to literally claw its way back into recognition. Only a united effort will help sustain the momentum!

Unfortunately the grand-old-party has today become a refuge for aspirants who have no qualms in deserting the party for greener pastures, as and when the opportunities present themselves!
The fact that over a third of the present ruling in the state constitutes of the turncoats who have ambled over to the ‘opposition’ bears testimony to this unhealthy trend that has come to characterize politics in Goa today.
Coming back to Girish Chodancar!

How is it that as the President of the party, he feels obliged to put in his papers citing reasons of poor showing by the Congress in the ZP polls! Have the decisions been entirely his own that senior leaders in the party are baying for his blood for the humiliating defeat!
The same exercise was repeated earlier in 2019 when several office bearers including Goa unit Chief Girish Chodancar resigned on June 28 taking the responsibility for the Lok Sabha poll debacle of the Congress in Goa.

This came about after the resignation of Rahul Gandhi as the Congress President owning total responsibility for the party’s overwhelming defeat in the 2019 general elections.

However, the mass resignation by several office-bearers who were of the opinion that it was the collective responsibility of all the leaders who were in the front and were responsible for leading the party in their respective states and hence had no moral right to continue in the top posts did sound a sincere gesture!

Besides, these resignations were effected to give a free hand to Rahul Gandhi to restructure the party at all levels.

That nothing much was heard about the resignation and Girish continued as the Congress Chief in Goa says a lot for the indecisiveness in the party!

What the Congress requires today are leaders with exceptional organizational skills who can revitalize the party.

If one of the stalwarts does take over as the President of the GPCC, the simmering dissent within its and ranks and leadership will come to haunt the Congress in Goa before long. For it is well-known that none of the Congress-leaders in the state see eye-to-eye with one another.
Basically it is not the ‘Girish’ factor that has unsettled the Congress in Goa! It is the blame-game that is costing the party dear.

As so rightly observed by the party’s Goa desk in-charge, Congress needs to focus on regaining the trust of Goans before seeking their mandate to form a government in the state.

Rather than show resentment over the results in the elections, it is necessary that the party bigwigs think of strengthening the party at the grassroots level. It is not the leadership issue that the party should be bothering about right now!
If the Congress in Goa is to be resurrected, youngsters should be promoted to stellar positions in the party. With the mantle of leadership falling squarely on young and emerging leaders, the seniors in the party could guide them in managing the affairs of the party. It is a collective responsibility.