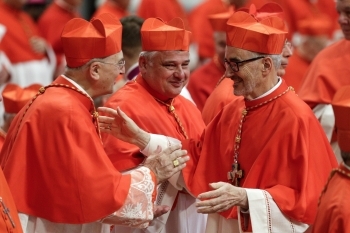 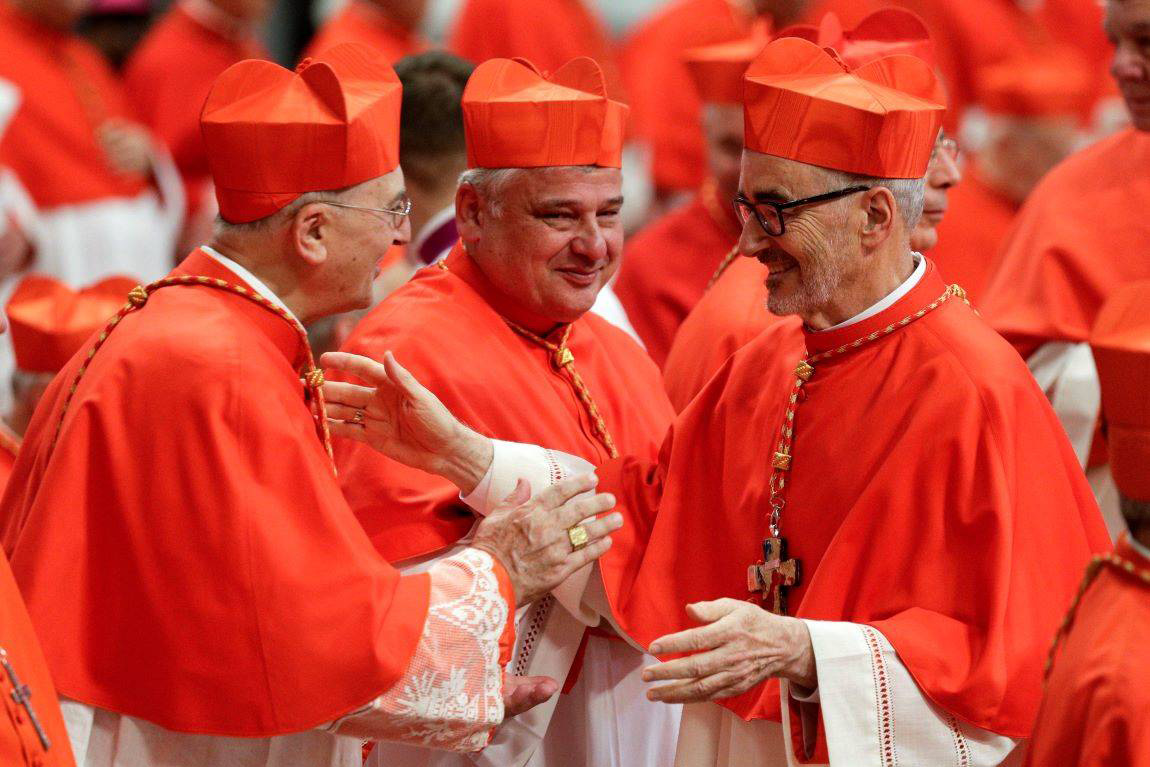 The just concluded Indian Premier League (IPL) would be fresh in people’s minds. Hence one cannot be faulted for presuming that this piece is about cricket! It isn’t. It’s not about red balls but about red hats, the red Berettas given to Cardinals.

They are the flavour of the season thanks to the announcement of 21 new Cardinals last week by Pope Francis, including two from India. The appointments have caused a flurry of opinions. Let us study some of them.

Noted Indian theologian Felix Wilfred, writing for UCAN (31st May), cautioned that the Asian Cardinals should become the genuine voice of Asia, and not an echo chamber for the Roman Curia. Breaking from tradition Pope Francis has not given red hats to prominent Sees like Milan, Venice, Krakow, Paris, Los Angeles and San Francisco. For the first time, Paraguay, Timor-Leste, Singapore and even remote Mongolia (that has hardly 1400 Catholics) have made it to the list.

Wilfred further observers that Asia already had 15 Cardinal Electors (CEs); those eligible to elect or be elected as the next pope. With six more added now Asia has 21 CEs, a significant “bloc” that could sway the next papal election. Wilfred is all praise for brave Asian Cardinals like Charles Bo of Myanmar and Joseph Zen of Hong Kong. He could also have added Cardinal Ranjeet of Sri Lanka. But he is ominously silent on the existing four Indian Cardinals!

A contrarian opinion is espoused by Raymond J de Souza, probably an Indian priest, writing in the National Catholic Register, USA (30th May). His article is titled “What’s Unsaid Speaks Volumes”. He singles out what he feels are Francis’ hits and misses. He questions why Major Abp Sviatoslav Shevchuk, patriarch of the Ukrainian Catholic Church, didn’t get the red hat. He alleges that this was done to placate Patriarch Krill of the Russian Orthodox Church, even though Francis had recently referred to him as Putin’s altar boy. If smaller Oriental Rite Churches like the Syro-Malabar, Syro-Malankara, Maronite, Chaldean, Romanian and Ethiopian ones could get Cardinals, then why not Ukraine, asks de Souza.

He further laments that Abp Jose Gomez of Los Angeles missed the boat, even though he is the President of the US Catholic Bishops’ Conference. What de Souza left “unsaid” is that Gomez is a staunch Trump supporter who was denying Holy Communion to pro-choice Catholic leaders like Joe Biden, the President of the USA. Instead, his junior, Bp McElroy of San Diego, got the red hat. The latter is described as “one of the staunchest liberals in the US Bishops’ Conference”.

Similarly, Abp Leonardo Steiner of Manaus, Brazil was chosen because he is a proponent of married priesthood and women’s diaconate. So, Francis’ unsaid message is clear.

Next de Souza disparagingly says that Bp Peter Eberre Okpaleke of the newly erected diocese of Ekwulobia, Nigeria, was given a consolation prize as he was earlier rejected by the people of Ahiara diocese as he was not of the same ethnicity.

Writing in the same issue of the conservative American magazine, Andrea Gagliarducci claims that Bp Oscar Cantoni of Como, Italy, got the red hat because he had granted Holy Communion to Divorced and Remarried Catholics (DARCs) in special circumstances.

So, as in cricket, we must await the verdict of the Third Umpire, the Third Person of the Holy Trinity, the Holy Spirit. The conservative lobby, led by the bishops of the USA, are disappointed with Francis’ “liberal” choices. The rest of us players on the field may feel that Francis is playing to win the match.

Gagliarducci makes another startling claim, that after the consistory and meeting of the Cardinals in August, Pope Francis will resign! This is indeed wishful thinking on the part of the conservative lobby. There are several reasons why this will not happen, despite Francis’ knee problem.

Firstly, he has just initiated the Curial reforms and will probably affect a major change in the Curia (church governance or administration) after meeting with all the Cardinals. He may even announce the convening of Vatican III, 57 years after Vatican II ended. He is in the midst of the largest exercise ever conducted by the Catholic Church, the Synod on Synodality, that culminates (not ends) in October 2023. I don’t see him leaving a job half done.

Besides, Pope Benedict XVI is still alive. If Francis were to also resign and another Pope were elected there would technically be three Popes at one time. That could lead to a piquant situation. Francis will be aware of the events of 1046 CE. Benedict IX, the 145th Pope was a notorious person who had three breaks in his papacy. As a result, there were four Popes at one time – that included Sylvester III, Gregory VI and Clement II. Surely Pope Francis would not want a repeat of 1046.

What is the “match” that Francis is playing? Vatican observers say that Pope Francis’ choice of Cardinals is to ensure that his successor continues his reform and renewal agenda. That is a perfectly legitimate aspiration. Did not Jesus himself choose his apostles with the future in mind, to continue his mission?

Those who have not studied church history are accustomed to TV images of throngs waiting in St Peter’s Square to see white smoke emerging from the chimney of the Sistine Chapel, followed by the dramatic appearance of the Chamberlain on the balcony to announce “Habemus Papam”, we have a Pope.

It was not always this way. Papal history is replete with instances of subterfuge, simony, murder, nepotism and external influence by kings and emperors. Interestingly, there was no Pope for 4 years from 304-308, when Marcellus I became the 30th Pope. St Gregory the Great, the 64th Pope, evaded his own consecration for 7 months as he considered himself unworthy.

Because of the chaos in papal elections, it was only in 1059 that Nicholas II, the 150th Pope, framed rules for them. This was at the Lateran Synod where 113 bishops were present. Even then the choice was limited to the Roman clergy, subject to approval by the German emperor. Later the General Council of Lyon (1274) decreed that the Pope should be elected in three days, or else the CEs would not be given food or water!

Rules apart, Julius II, the 212nd Pope, known as the terrible Pope because of his worldly lifestyle, several mistresses and three children, purchased the papacy. He bribed 37 of the 38 CEs to get elected in the shortest ever conclave.

It was left to Pope Paul VI to frame strict rules through his order “Romano Pontifici eligendo”. This was superseded by Pope John Paul II’s “Universi Dominici Gregis” in 1996, again amended by Pope Benedict XVI in 2007.

So, we see that papal elections have come a long way from the time Jesus simply said “You are Peter and on this rock I will build my community” (Mat 16:18). Note that the Hebrew word used was qahal, translated in Greek to ekklesia, that literally means “an assembly called together”, and not “church” as commonly understood.

So instead of casting aspersions or conspirational stones on Pope Francis’ choice of red hats, let us work and pray for the qahal of Jesus. That would be a match winning Hat-trick.