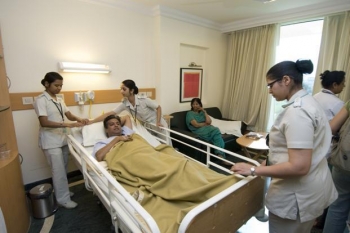 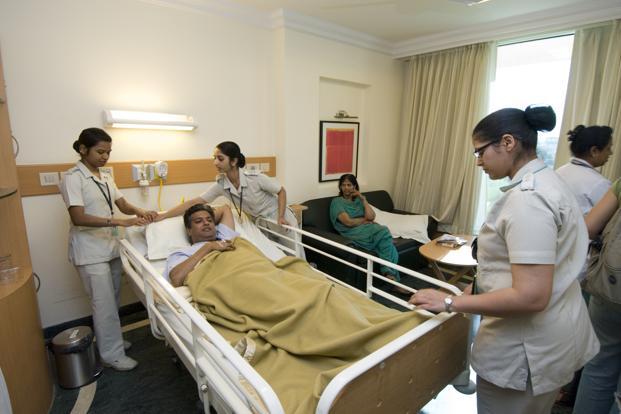 In the highly charged environment in which the US elections and the Bihar elections have grabbed more attention than the increasing Covid-19 cases, an Oxfam report is worth pondering over. Released a few weeks ago, it speaks about a unique index developed with parameters that are pertinent for a country’s growth.

The oft-quoted Gross Domestic Product (GDP) is not the basis for this calculation. Rather, it is based on the budgetary allocation and spending, policy measures and the implementation mechanism for three important aspects — health, education and social protection.

What should shock the authorities is that we spend as much money on health as Afghanistan does! Of course, not in terms of real money but as a percentage of the budgetary allocation.

Both India and Afghanistan spend 4 per cent of their budget on healthcare and share the same position – 155th out of 158 countries -- on the health spending index. This is just a quarter of what is recommended to be spent. And is one-third of what Burundi, the second poorest country in the world spends!

Now one can easily understand why India is about to cross the US in the number of Covid cases. Sooner than later, we will be at the first position. Out of the 158 countries, the report has ranked India at the 155th position.

We can only wish if the two rankings could be swapped with each other; with India becoming the first country with best health facilities and the fourth lowest in terms of Covid cases. But, then, if wishes were horses, even beggars could ride them!

At the same time, this is not something that India cannot achieve. All it needs is the political will. Medical tourism is a case in point. Over the last one decade, India has become one of the favourite destinations for medical tourism.

A report released by the Federation of Indian Chambers of Commerce (FICCI) in association with Ernst & Young last year has projected that India’s medical value travel (MVT) is expected to touch US$ 9 billion in a year or so. Covid-19 would have played a spoilsport! Yet, the sector is bristling with promise. It will kick off again after the pandemic. Now what did help India in acquiring a major chunk of this business?

India has made a lot of investment in acquiring the latest technology and health infrastructure. Of course, private players played a major role in this. Its unique selling proposition (USP) has been the affordability and accessibility of services compared to other countries.

The developed nations offer the same services at a much higher cost. Also, there is a long waiting period. In such a scenario, India emerged as a hub for medical facilities. On the flip side, the nurses and other paramedical staff are paid a pittance. This explains why the cost of treatment is lesser than in the West!

The pertinent question is, if we can provide services to foreigners, why not our fellow countrymen? Yes, the government views it a good source of revenue. And it brings international prestige as well.

The government should not forget that India is a signatory to the UN’s sustainable development goals (SDGS) as well. In fact, India’s progress on SDGs will be a major contributor to achieving these goals globally. Also, improvement in Goal No. 3: “Good health and well-being” contributes to an increase in GDP as well.

This can be understood with the simple correlation that healthy citizens would be able to work more, produce more resulting in more revenue. In other words, investing in health is good for the nation’s health as well.

The Oxfam report says that only 55 per cent of Indian population have access to essential health services.  More than three-fourth of the health expenditure is incurred by individuals from household budgets. This is one of the highest amongst other countries. In other words, you can take care of your health if you have the means to do so. Only the rich can afford better health services.

Those with lesser resources continue to remain marginalised. The report also suggests that most workers in India earn less than half of the minimum wages. Now this makes it even more difficult for daily wage workers/migrant labourers to avail of health services. It is this gap that needs to be bridged.

All we need to do is to replicate this model of medical tourism for the general public. Now many would ask from where would the money come from? The Oxfam report has highlighted a major flaw in our taxation regime. India’s taxation regime may look progressive in the sense that the tax rate is higher for those who have higher income.

Despite the differential tax rates, those falling in the lower slab end up paying more taxes than those with higher income. This is true in terms of purchasing power. The highest tax rate in the Indian taxation system is 30 per cent and the lowest is 5 per cent.

Effectively, Mr. X having an income of Rs 5 lakh will have to pay Rs. 12,500 as tax. This has been done assuming that the taxpayer has no savings under section 80C of the Income Tax Act. Now this person already had limited purchasing power. Taxes, even at a lower rate of 5 per cent further reduced his purchasing power.

On the other hand, Mr. Y having an income of, say, Rs. 100 crore, will end up paying Rs. 30 crore, which hardly affects his purchasing power. And this person also has the means of saving taxes in not only under section 80C but also other sections like 80G, 80D etc.

In case of medical emergency, Mr. Y can easily afford to avail of health services in a good private hospital, while Mr. X may have to visit a government facility and wait in long queues. In the process, Mr. Y may lose his life as well. Also, the wealth tax that used to be levied earlier has been abolished. Clearly, this adds to the income disparity and makes basic health services unaffordable to the common man.

Effectively, the government may have a large number of taxpayers but the tax collection may not be adequate to meet its objectives. Also, wealth tax has been done away with. More than the income, wealth is the dividing factor. Abolition of wealth tax has also reduced the government’s revenue.

In fact, Thomas Pikketty in his book “Capitalism in the 21st Century” suggests levying a progressive tax of 80 per cent on income beyond a threshold limit and a 15 per cent on wealth for equal distribution of wealth. Now this may sound utopian but it is one way of bridging the income disparity and at the same time having more revenue for social welfare schemes.

This becomes more relevant now as another study suggests that 46 per cent of people in India borrowed money primarily to run their households during the pandemic. And majority of them took money from friends and relatives so that it can be returned with ease. The lower middle-income group has been affected severely due to job losses and salary cuts. If people are cash strapped to this extent, how can the government expect them to take care of their health expenses.

Despite being one of the goals of the national health policy, universal health coverage remains a distant dream. This is very much visible in the Health Index released by Niti Ayog in June 2020.

The report shows how a large number of primary health centres lack basic infrastructure and staff as well. In fact, the number of vacancies for staff nurse was more than 40 per cent in most of the states. And so is the case with medical officers.

Currently, India has only 8.5 hospital beds per 10,000 people. This inadequacy was clearly visible during the pandemic when even private hospitals had no beds for Covid patients. The government should have seen an opportunity during this pandemic. It should have improved its health infrastructure and services. In fact, the PM-Cares Fund should have been effectively used to bridge this gap on a war footing.

The Oxfam report should act as an eyeopener to the authorities. Otherwise, India’s story would no longer be exciting enough to gain global attention.