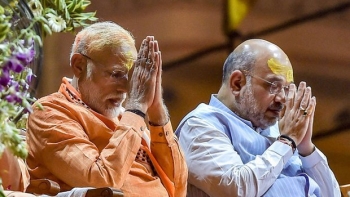 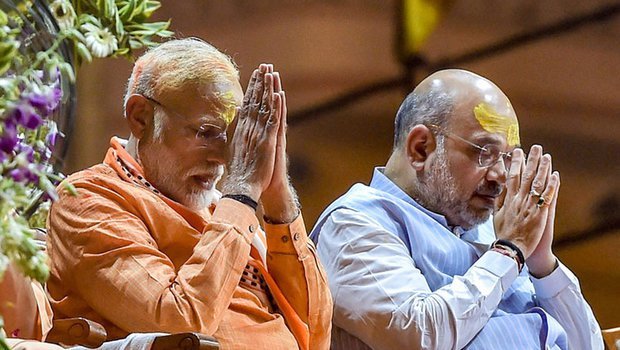 In 2014 when BJP came to power in the Centre, no one ever dreamt that the country will face innumerable hardships due to its undemocratic governance. The strategies, procedures and practices that BJP have been adopting are certainly dangerous to the whole country. Some of the undemocratic practices are highlighted here.

The Election Commission of India is an autonomous constitutional authority responsible for administering election processes in India. It is amongst the few institutions which is supposed to function with both autonomy and freedom. Today, we are saying that the EC is condoning gross violations of the ‘code of conduct’ by Modi government. It is quite evident that the EC is functioning at the whims and fancies of Modi-Shah duo. The classic example is what happened in the recent Bihar state assembly election. 19 candidates of Tejaswi’s party were declared elected in the EC website. While waiting to receive their certificates, they were informed by the same EC officials that they had lost. Who did the magic? The fact is known to everyone.

Although EVMs have been abandoned by other developed countries, these machines have become a boon to BJP. As per the reliable sources, BJP used the “EVM tampering” to some extent in 2014 Parliamentary election and to a great extent in 2019 Parliamentary election. On the final day of the election, the exit-poll result mentioned the exact number of seats that BJP would get. How? BJP is confident in winning many more elections, getting as many seats as they want, mainly due to the EVMs.

The ‘absolute majority’ that the BJP has in the Parliament makes the Party to think that they have the “license” to do whatever they want. The Party has taken and continues to take undue advantage of this absolute majority to pass as many Bills as possible. The Party does not bother about any type/amount of opposition. In the process, the ruling BJP has taken the dictatorial approach to accomplish all their agendas.

There can be difference in ideologies among the political parties. But one party should never consider the other party as its enemy. Hatred, vengeance and hate speeches have become quite normal among the political parties. Such negative attitudes are prevalent more in the ruling party. BJP does not want to have a healthy relationship with its opponents. “I am OK and you are not OK” attitude paves way to unhealthy relationships.

Divide and Rule
Modi-Shah duo happen to be the masterminds of “divide and rule” strategy. These power-craze politicians “stoop to any level” to topple any non-BJP government anywhere. Horse-trading is one of the ways to succeed in their efforts.

a)    As per Reserve Bank of India Act-1935 it is an autonomous body like any another Public Sector Undertaking. The Governor and Deputy Governors are appointed by the Government of India. During the tenure of BJP, we are witnessing that the RBI is doing what the ruling government is dictating. Another shocking news is that the ruling government is looting RBI (in the name of borrowing).

b)    The CBI is the premier investigating agency of India. It operates under the jurisdiction of the Ministry of Home Affairs. The agency is exempted from the provisions of the Right to Information Act. CBI is India's officially designated single point of contact for liaison with the Interpol. The CBI Director who wanted to investigate the Rafale deal was suddenly removed in an overnight coup at 2 am. Now every anti-corruption investigation requires the permission of the government. It is like taking the permission from a thief to investigate a theft. CBI and other anti-corruption institutions have been wrecked during the BJP regime.

c)    The Indian Judiciary administers a common law system in which customs, securities and legislation, all codify the law of the land. The Indian Judicial system is totally managed and administrated by officers of judicial service unlike in the past when civil service officers also were part of judicial system. Judges of the High Court and Supreme Court are appointed by the President of India on the recommendation of a collegium. The ruling government has managed to shake this institution too. The classic examples are: the Rajya Sabha post offered to the former Chief Justice Ranjan Gogoi for giving judgements in government’s favour; ‘special bail’ granted to Arnab Goswami when bail is denied to many social activists like Stan Swami and Varvara Rao.

d)    The vast majority of print and electronic media are captured or adopted by the ruling government. No wonder why they are called “Godi/Modi media”. Media whose job is to find out the facts and put them on the table, are under attack. People are asked to rely only on ‘propaganda’ done by the Godi/Modi media.

Failure of all initiatives

Modi government considers as achievements its initiatives like Demonetization, GST, Welfare schemes, Over-borrowing, Abrogation of Article 370, Criminalisation of Triple Talaq, Settlement of the Ram Temple issue and the Amendment to the Citizenship Act. In reality, all of them have proved to be failures. Modi has wrecked the economy with his absolutely ridiculous, unthought-out policies and schemes. Far from creating jobs, Modi government has actually destroyed more than one crore jobs in the last one year alone.

Modi government has accelerated efforts to sell out at least 30 central Public Sector Undertakings (PSUs) including national carrier Air India. The issue of privatisation seems to have come to the forefront due to the poor performance of several public sector enterprises and the consequent huge fiscal deficits faced by the government. Since the government has to give fiscal support to losing public concerns, the fiscal deficit of the government kept on mounting year after year. In fact, there seems to be no clarity regarding the objectives of such privatisation. Instead of revamping the public sector enterprises, the entire way in which disinvestment has been undertaken gives the impression that it is an exercise to bridge the budgetary deficit.

Modi ushered in “achhe din” only for super-duper corporates. Among the prominent names are Vijay Mallya, who owes Rs.9,000 crore to a group of banks; Nirav Modi, his wife Ami Modi, brother Neeshal Modi and uncle Mehul Choksi, named in the Rs.12,636 crore fraud at Punjab National Bank; Jatin Mehta of Winsome Diamonds, who owes Rs.7,000 crore; former Indian Premier League chief Lalit Modi, accused of siphoning off Rs.125 crore from the country’s cricket board. With the full knowledge of the ruling government, they all left India for good. The two prominent corporates who continue to accumulate wealth in India are Adani and Ambani. They thrive with their fortunes with the blessings of Modi-Shah duo.

Time and again Modi government has proved to be pro-corporates. Modi-Shah duo and Adani-Ambani duo work hand in gloves in swindling public wealth. The heart-touching scenes are the ongoing farmers’ protest in Delhi. Modi government continues to be adamant not to withdraw the three Farm Bills. 34 innocent farmers have died in the protest venue. How many more will die? We do not know. The government is least bothered about these deaths as they are not pro-farmers.

Recently Prashanth Bhushan said, “What Modi has done to Indian society, to our Constitution, to our thought itself, is something far more insidious. I say, in the name of democracy, constitution, science, reason and civilisation, the Modi government must go.” Most sensible and responsible citizens too think in the same lines. Let us all strive to usher in a new era in 2021.