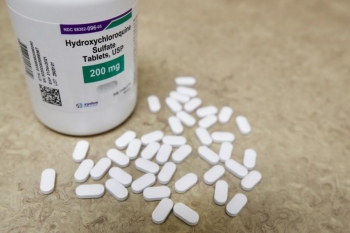 India supplied the most wanted two medicines, paracetamol and hydroxychloroquine (HCQ) to over 3-4 billion people across the 120 countries during the recent COVID-19 pandemic times. More than 40 of these countries received these medicines as a grant or free of charge. While paracetamol is a pain reliever and generally used for fever, Hydroxychloroquine is an anti-malarial drug.

Earlier, United States of America President Donald Trump had warned that if India did not cooperate in providing HCQ, then there would be retaliation. Accordingly, India announced the lifting of restrictions overnight and provided 50 million HCQ tablets to USA. Some of the commonly used listed medicines that were restricted for export by the Government of India included anti-virals such as acyclovir, essential vitamins, progesterone, and antimicrobials, among others.
HCQ is used to prevent or treat malaria caused by mosquito bites. This medication is also used to treat certain auto-immune diseases like lupus and rheumatoid arthritis. It can reduce skin problems in lupus and prevent swelling or pain in arthritis. To prevent malaria, doctors advise to take usually one tablet once a week on the same day each week. This drug is usually started 1 to 2 weeks before entering the malaria prone area.

Immediately after receiving the consignment from India, emergency use of the anti-malaria drug HCQ, as a treatment for coronavirus was withdrawn by the US Food and Drug Administration (FDA). The FDA said that new evidence from clinical trials meant that it was no longer reasonable to believe that the drug would produce an antiviral effect. It was ineffective in treating the deadly virus and failed to prevent infection among those exposed to it.

Responding to the FDA's decision, Mr Trump said that he had previously taken the drug preventatively with no side effects. The 74-year-old President revealed that he was taking the drug after some people in the White House tested positive for coronavirus. Although, he too succumbed to become corona positive last week! His comments about HCQ became the subject of widespread speculation online and controversy within the scientific community about the potential benefits and harmful effects of the drug - along with the related drug, chloroquine. Simultaneously, trials around the world were temporarily derailed when a study published in The Lancet claimed the drug increased fatalities and heart problems in some patients.

Dr C Radhakrishna Pillai, Emeritus Scientist, National Institute of Malaria Research (NIMR), Delhi is not in favour of using HCQ widely, and recommends it to be used only on a SOS basis for specific patients. Before the consignment was sent to USA, he addressed a letter to the Director General (DG), Indian Council of Medical Research (ICMR), warning about its side effects and adverse health consequences. He categorically mentioned that the anti-malarials; Chloroquine, Qunine, Sulfa-pyremethamin etc are cardiotoxic, allergic and immunosuppressive.

Owing to the high prevalence rate of malaria, HCQ is in high demand in India. Consequently, it holds the lion’s share of the HCQ production market, and manufactures 70% of the world’s supply. The in-house drugs manufactured contribute to India’s $19 billion pharmaceutical industry. India is the largest worldwide producer of vaccines and is home to nearly 3,000 pharmaceutical companies. It has expansive research and development capabilities with vast resources for testing and clinical trials. And, above all, the manufacturing cost is nearly 33% cheaper than the United States.

The cheap labour, leading to low cost and high production ability invites foreign countries to procure drugs from India. This aspect has always been important in foreign policy and trade discussions with India. However, given the rampant and rapidly growing Coronavirus pandemic, India’s pharmaceutical prowess may play an even more important role than usual. In the coming months and years, clinical trials and research to find therapeutic models and medications that may be effective against the virus will increase at an exponential rate. This may demand cultivating a stronger relationship with India, as many of the medications, research and development, and general resources for these therapies will likely involve the Indian pharmaceutical industry in some form or fashion, given its vast reach.

The use of HCQ to treat coronavirus patients has become highly politicised in the USA, but is widely used in India. According to Peter Navarro, Policy Director, White House Office of Trade and Manufacturing, “If one looks at the 14-day arc of the virus from the beginning of symptoms, the first seven days are critical: when a person may have fever, dry cough, possibly a profound sense of fatigue. At that point, lungs are still intact, and the virus is not appreciably spread to the rest of organs. HCQ works in a therapeutic way by raising the alkalinity of cells which slows the replication of the virus and also can kill the virus.” HCQ also has an anti-inflammatory effect, which is why it is used for rheumatoid arthritis, and the drug can, therefore, also help manage what is called the cytokine storm.

Chloroquine is used to prevent and treat malaria and amebiasis, while HCQ, a less toxic metabolite of chloroquine, is used to treat rheumatic diseases such as systemic lupus erythematosus (SLE), rheumatoid arthritis, juvenile idiopathic arthritis and Sjogren's syndrome. Both medications can cause corneal deposits, posterior sub-capsular lens opacity, ciliary body dysfunction, and most important, irregularity in the macular pigmentation in the early phase, a ring of macular pigment dropout in the advanced stage, and peripheral bone spicule formation, vascular attenuation, and optic disc pallor in the end-stage. Ocular symptoms of retinopathy include blurred and partial loss of central vision, side vision and in the later stage, night vision.  Symptoms of corneal deposits include haloes and glare.

Jinoos Yazdany and Alfred H J Kim, medical experts, in their research paper “Use of Hydroxychloroquine and Chloroquine During the COVID-19 Pandemic: What Every Clinician Should Know” claim that HCQ and CQ drugs have some in-vitro activity against several viruses, including coronaviruses and influenza, but previous randomized trials in patients with influenza have been negative. Antimalarial drugs can cause ventricular arrhythmias, QT prolongation, and other cardiac toxicity, which may pose particular risk to critically ill persons. Whereas, the evidence supporting the use of antimalarial medications for COVID-19 is equivocal, the evidence for the use of these drugs to treat immune-mediated diseases is not.

ICMR agreed that the decision is premature in the absence of good clinical trials. The data to support the use of HCQ for COVID-19 are limited and inconclusive. Back home, it reminded the claims of producing water from air, fuel gas from the gutter and cure for corona from cow urine, without much scientifically proven facts. Politicians should refrain from promoting unproven therapies to the public, and instead provide clear and authentic messages around the uncertainties faced in testing and using experimental treatments during the current pandemic, including the risk for serious adverse events. Well-proved, clinical trials should be performed urgently to test potential therapies, including HCQ. More of scientists and health experts are required to speak on the clinical trials and keep the public posted on the latest developments. They would be the ones, who will be trusted the most for the authenticity of the information, and not the politicians, celebrity, quacks or a ‘Baba’. Credibility and scientific authenticity matters!