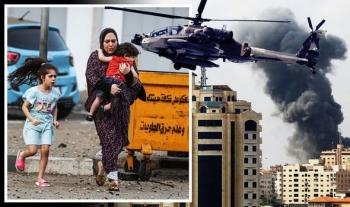 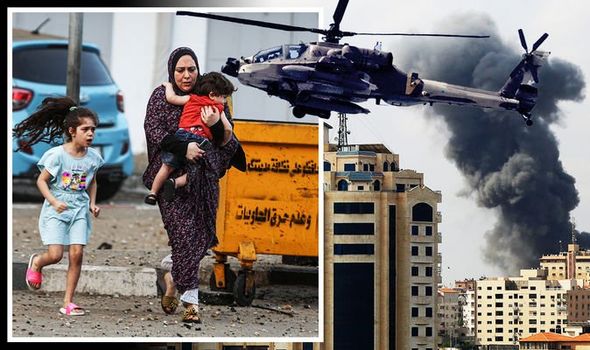 The Israel-Palestine conflict, which began with sporadic clashes at the most sensitive place in Jerusalem, the revered plateau site of Al-Aqsa Mosque and the iconic golden Dome of the Rock, seems to be heading towards a war-like situation. The tension has been flaring in this area, for quite some time.

Israel retaliated with hundreds of air strikes on Gaza after Hamas and other Palestinian militant groups fired over 1,000 rockets targeting civilian centres including Tel Aviv and Beer Sheva. Although, Israel’s Iron Dome missile defence system intercepted most of the rockets, at least 20 struck home, killing several people, wounding more and damaging buildings, cars and other infrastructure.

Jews have been persecuted throughout the history due to their religious beliefs and were forced into captivity or scattered across the world. Palestine came under the British control after the Sykes-Picot Agreement (a secret agreement between Great Britain and France) in 1916. Later through Balfour declaration, a Jewish homeland was formed.

In 1948, the Arab states of Egypt, Jordan, Iraq, and Syria declared war on Israel, but were defeated badly. In 1967, Israel launched a pre-emptive strike against Egypt, Syria, and Jordan and captured Golan Heights from Syria; West Bank and East Jerusalem from Jordan; and Sinai Peninsula and Gaza Strip from Egypt. The 1967 war is particularly important for today’s conflict, as it left Israel in control of the West Bank and Gaza Strip, two territories that are home to a large number of Palestinians.

Mahatma Gandhi opposed the UN move to recognize Israel as a country in 1948. Later India recognized it in 1950. The US has been playing a significant role as a mediator in the Israel-Palestine issue. However, its credibility as a mediator had long been questioned by Palestinians. The United States has been criticized by the OIC (Organization of Islamic Cooperation) and other Arab organizations for vetoing most Security Council decisions critical of Israel. The USA has more Jews than Israel, and they have significant control over US media and economy. On the other side, United States has been vocal about its intention to veto any Palestinian bid for statehood. Due to which Palestine had to be satisfied with a ‘non-member observer’ status in UN.

The United Nations envoy for Middle East Peace, Tor Wennesland, has warned that the two sides are heading "towards a full-scale war".

The unrest has shifted the Palestinian conflict to world attention after several years in which attempts to resolve it had faded from both global and domestic agenda. Once a centerpiece of international diplomacy, there have been no serious peace talks since the Obama administration.

According to Dr Khinraj Jhangir, an expert with Jindal School of External Affairs’ Centre for Israel Studies, the recent conflict has emerged owing to the forcible eviction of Arabs in the Shekh Zara area in Jerusalem. The episode also coincided with the Jerusalem Day celebrations on May 10 with a flag rally by Israel in remembrance of the Israelites coming together in 1968. Owing to the tense situation, the Israeli police evicted the mob from Mosque and the rally too was cancelled. In the meantime, HAMAS made the airstrikes on Jerusalem.

Clashes around the Al-Aqsa mosque compound have seen Israeli police firing rubber bullets, tear gas and stun grenades inside what is the third holiest site in Islam. The compound is also home to the Dome of the Rock and the site of the biblical Jewish temple, of which only the Western Wall remains.

It is high time that the international community find an amicable and lasting peaceful solution to the World’s most intractable conflict soon. The best solution is a “two-state solution” that would establish Palestine as an independent state in Gaza and most of the West Bank, leaving the rest of the land to Israel.

Though the two-state plan is clear in theory, the two sides are still deeply divided over how to make it work in practice. The European Union, the UN, the US, and Russia had released a road map in 2003, which outlined a clear timetable towards a Palestinian state, but could not be materialized. With Arab countries taking side with Palestine and the developed countries like the US and the UK supporting Israel, are we heading towards a world war like situation?