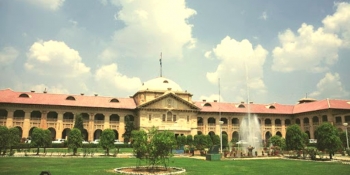 Judiciary flashes a Ray of Hope

Recently, The Indian Express carried a report of their investigation into the verdicts of the Allahabad High Court, during January 2018 to December 2020, which  quashed the orders passed by the Uttar Pradesh Government under National Security Act (NSA),  for detention of individuals apparently undeserving of punishment under such a draconian Act, but belonging significantly to one particular minority community.   It was quite a laudable, and in these days, a really bold effort.

The fact that of the 120 orders passed by the State Government under the NSA, 94 – as high as nearly 80% - were quashed by the High Court is too significant not to be taken special note of.  Particulars of these orders are tabulated below:

The 94 detention orders which were given out by the District Magistrates in 32 districts, were conspicuous by the usage of same or similar phrases, the Court noted, as if these were cut-pasted from one order to another!   Also, the Court emphasized, these were too general and lacked specificity.  One can easily trace the chain of command followed by the meek Magistrates!

Delving further into the reasons for quashing these orders, the IE report states that the learned Judges perceived “non application of mind”, “denial of due process to the accused” and “repeated use of the law to block the trial”.

In case after case, says the IE report, the Allahabad High Court has red-flagged the way the UP Government has used the draconian NSA which gives the State powers to arrest people without formal charge or trial.

Cow slaughter, as the above tabulation indicates, is the first category for  invoking NSA.  Although the individuals concerned could very well have been arrested under the Anti Cow Slaughter Act, they have been booked under the NSA, presumably to prevent them appealing for and securing bail.   In 30 out of the 41 cases under this category, the High Court indicted the state administration strongly and ordered immediate release of the respective prisoners. These 41 rulings were delivered by ten two-judge benches of the Allahabad High Court, involving a total of 16 judges, thereby establishing an uncomfortable fact – the decisions of the State Government were patently unjust in the eyes of the law, as perceived by so many judicial personnel.

IE investigation supports their report with an exhaustive list of 10 individuals released.  For the sake of brevity, an illustrative list of five case is given in the following tabulation with relevant particulars:

While the whole episode exposes the extraordinary zeal of the UP Government to hunt out and punish members of one particular community, it shows a benevolent judiciary, which despite occasional forebodings to the contrary, flashes a ray of hope.

(The article is indebted to the report in The Indian Express of 6 and 7 April 2021.  The writer is a Development Consultant and can be reached at petermundackal@yahoo.com.)