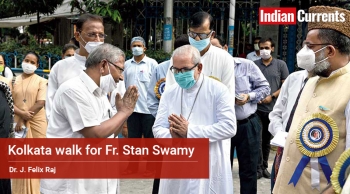 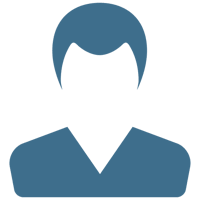 The Centre should release Father Stan Swamy, otherwise all minorities will come together and agitate, an Imam of Nakhoda Mosque said at the end of a silent walk on Park Street expressing solidarity with the 83-year-old Jesuit priest.
“If one brother is facing injustice, the other brothers will not be silent spectators…,” said Maulana Shafique Qasmi.

Maulana Qasmi added: “Father Stan Swamy has been arrested without having committed any qasoor and it is our request that the government release him unconditionally. Else, all minorities in the country will agitate against this.”
The Imam was part of a protest where a group of Christians including priests and nuns walked through Park Street. School principals and teachers joined them.

Archbishop Thomas D’ Souza, who joined the event after the walk concluded, said: “The way he was treated, very inhuman way, cruel way I might say. It is not acceptable to us. Therefore, along with all countrymen, right-thinking people, people of goodwill, we also want to show our displeasure and certainly want to protest against that treatment to an elderly, sick person who has worked for the poor. Therefore, today we appeal and demand that he be released and like him so many others….

Also read Fr. Stan Swamy : In Solidarity with the Poor by P. A. Chacko

“Thank you for coming here to show your solidarity for this particular cause. Once again, we appeal to the government to release Father Stan Swamy.”

The archbishop added: “We are here to show our solidarity with him. He is not alone but we are with him so that his suffering and the cause for which he has fought and has been fighting… for the tribals, the Dalits, their issues of injustice, their human rights, has been uppermost for him all his life. To tell him we are with him.”

Father J. Felix Raj, one of the leaders of the rally, said the Calcutta protest would inspire many others to raise their voice.

“This is the 10th day he (Father Stan Swamy) is in jail. Let us wait and see what happens…,” Father Felix Raj added.

Father Felix Raj said the case against Father Stan Swamy could continue. “But there must be a compassionate, concerned approach towards a senior citizen.”

“India is a country where senior citizens are respected and there should be a compassionate, concerned approach for them, If the police think there is something they should investigate. But be more compassionate --- not only this Jesuit father but all senior citizens should be treated with compassion. I want the government to change the attitude of arresting and keeping in jail any senior citizen.” Father Felix Raj said.

“The arrest is politically motivated. As a true Jesuit who follows Christ, Fr Stan Swamy is sharing in the sufferings of Christ for the sake of justice and truth.… It is time for all academicians, thinkers, philosophers, theologians and the like to come out openly and speak out against the arrest of activists and acts of injustice,” Fr Felix Raj had written in this newspaper.

Father Stan Swamy was arrested in Ranchi on October 8, taken to Mumbai the next morning and sent to judicial custody till October 23. Father Stan Swamy is from the Jamshedpur province of the Jesuit Order.
The number of participants at the rally was restricted to abide by Covid protocols. After the first walk on Saturday, the churches were encouraged to hold walks or protests independently.

“The idea is to express solidarity in spirit and not in numbers. Let it spread out to many more places and many more days -- that may be more powerful,” said Fr Felix Raj.

The chairman of the award committee, Anthony Arun Biswas, said it would be a peaceful procession against injustice.

“Fr Stan Swamy is someone who has been serving the poorest of the poor and we protest against this injustice of keeping him in jail in an unjust way. We demand his immediate release,” said Biswas.

Schoolteacher Beulah Caleb said: “Covid or no Covid, it is important to come for a cause like this and make the government listen.”