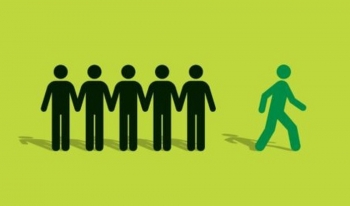 There is an anecdote of a priest hearing confessions of the people, the penitents, who were queuing up to prepare themselves for the forthcoming Christmas celebrations. He saw Satan right there in the middle of the penitents, standing in the queue. Satan was going and whispering something into the ears of each penitent. The saintly priest called Satan to himself, and asked him what mission he was up to, and why he was disturbing the penitents. Well aware of the holiness of the priest, Satan defensively explained to the priest that he was doing what the priests had always told their penitents to do, when it came to the obligation of returning the stolen object to the owner, if one wanted the absolution of the sin of theft. “I had stolen the sense of shame from the sinners, when they committed the sins, and now I have come to return it to them as they go to confession, so that, in shame, they may not mention the sin in confession,” said Satan, to the astonishment of the priest.

I was on a trip abroad recently. While I was there, I was told about something that happened in our country, I could not believe. I know, of course, that many of our politicians are hungry for power and money. But everything in me refused to believe that they could have stooped so low as to leave the party they had been elected in, to join another party, with an utter disregard to the people who voted for them. I found this simply unbelievable, and of course, unacceptable, more so because I knew that some of them had publicly said and even vowed that they would never change over to another party. And then, they forgot their promise, and went on to join another party! And that, too, a party which seems to have taken over the responsibilities of the Judiciary and destroyed the fourth pillar of democracy, the media! Is this even possible to imagine? Beshram is too mild a word to describe this behaviour!

To make matters worse, later on, I was told that these shameless people have crossed over to another side to be able to hide the skeletons in their cupboards. It becomes clear that they do have many in their cupboards! And, unfortunately there are parties which do this in exchange for money. Where have our principles reached? Where are the values and ethics, that we talk about instilling into the minds and hearts of our children?

When this shameless action was committed by our political leaders, unfortunately I happened to be abroad, as I said earlier. It would have been better if I was in the country to suffer with the principled Goans at that time of their common anguish. Being abroad, I had to listen to people who had very negative things to say about our country. There were people who say that democracy is not meant for India because of rampant corruption. The whole world knows about the state of affairs in India.

Being abroad, and in touch with many people, Indians as well as others, there was much that I was forced to listen to. What worries me most, is the fact that, because of such meanness in our political leaders, many of our people, especially youngsters, who are abroad, and are doing very well for themselves, are ashamed of our country and politicians. “Bharat nahim soodhrega”, said some of them. Some of them even said that they would prefer to go to a country like Bangladesh, whose economy seems to be doing better than India’s. Being well educated, they are quite aware that our leaders are feeding us half-truths and even lies.

Why aren’t we able to introduce legislations which make it impossible for our politicians to cross over from one party to another? It is but natural for the voters, who have voted for candidates from a particular party, to expect that they remain in the party. If they cross over to another party, then they are no more their candidates. They must get themselves elected again.

It would seem that the government is not introducing some stringent regulations precisely because they want to encourage elected representatives to cross over to other parties. It is a “good opportunity” for them to do some horse-trading and buy candidates. As some would opine, this has now become easier than buying votes. And to think that there are parties that encourage candidates to do this! And they have money to offer in exchange for this “self-offering”. What a shame! Where is the money coming from? And where is it kept, once it falls into the hands of the Besharam people.

While we pray to the Good Lord to deliver us from such corrupt candidates and politicians, let us pray that Satan may return the sense of shame he has stolen from them. Unless Satan himself comes forward to say that he has not stolen their sense of shame, and that they had already lost it before he encountered them! Yes, indeed, our politicians may even beat Satan, and put him to shame, in their greed.

A story is told about a monk, who was caught red-handed by his Superior, when he was frying eggs, at night, on the sanctuary lamp which is kept burning in front of the Blessed Sacrament to remind the people of the presence of Jesus there. Once the monk was caught by his superior, he had nothing else to say than that he was tempted by Satan. At that very moment Satan is supposed to have appeared there. Furiously he slapped the monk as he said: “How could I have tempted you to do such a thing, when I myself had never even had the idea that such a thing could be done?”

Yes, indeed, our politicians could very well beat even Satan in their evil designs, when it comes to meanness and evil! In a situation like this, we the voters will have to be smart, and pray that Satan may fill us with the sense of shame so that we may never vote for such people again. Enough is enough and once bitten twice shy!