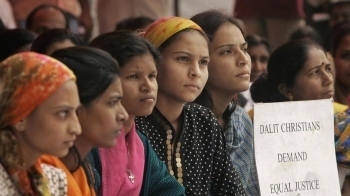 LEFT OUT: A Closer Look at the Plight of Dalit Christians 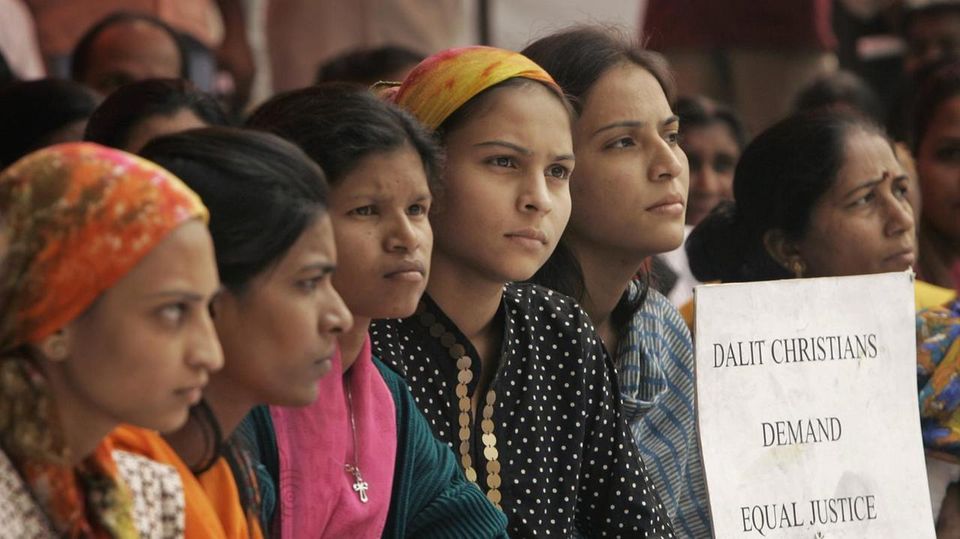 Rajendra Bidika of Kushinagar block under Gajapati district of Odisha had put up a snacks stall after losing a contractual government job. After a few weeks, he was forced to close the stall because no one in the small town turned up at his stall. The reason for this was that the people came to know he was a Christian because he went to church on Sundays. And Christians are mostly Dalits and/or tribals in Odisha.

I met him in November 2021 while I was in his parish for a meeting with the youth. “I can’t put up a brave face anymore,” the young man whispered with tearful eyes. His right to life and livelihood was violated because he belongs to a particular background and professes a particular faith.

In another instance, a senior government high school headmaster explained to me that the State Bank of India (SBI) Gunupur branch in Rayagada district, Odisha, denied him house loan because he is a Dalit. The headmaster demanded the bank manager to show him rules and laws to support what he said. All the manager had to say was that the SBI’s local advisory body, presided over by an advocate, has directed the management to not issue loans to Dalits for their own safety and surety.

For the last two years, I have been extensively visiting the rural areas of Odisha. I have witnessed in my bus journeys that people in the rural areas are identified as Dalits, Christians, and tribals, and differentiated on the basis of their language, dress code, the place where they get down, and so on. They are denied seats, pushed to the back seats, humiliated, and insulted.

The situation of Dalits in Odisha is as bad as in the rest of the country. They are landless, jobless, resourceless, and defenceless. Though physical violence is not as visible as in Northern Indian states like UP, the discrimination is no less. Discrimination is deeply embedded from birth.

The Indian Constitution guarantees equality for all, but the deep-rooted caste system in the society has never allowed the Dalits to be treated on par with the ‘upper castes.’

“It starts from when they are children,” says Sameet Panda, a Brahmin activist friend. The ‘savarna’ children are taught not to sit and eat with Dalits, not to play and associate with them, and not to bring them to their homes. The discrimination continues even in denying them access to common facilities like using water from a common source or allowing them to attend marriage ceremonies, feasts, and festivals. One can hardly find a Dalit and a non-Dalit becoming close friends.

Odisha has still not seen a caste movement. There is no discussion on caste. Unlike in South and North India, caste discussion here is essentially a bad thing. In those states, Dalits and OBCs have come to power because there was a caste movement and they gained political power.

Usually, the upper caste do not accept that they discriminate. Recently a new slur, ‘Sarkari Brahmin’, has been in use to label Dalits. This is used to express opposition to reservations. Affirmative action for the scheduled caste is strongly opposed by the upper caste now.

Dalits are also often deprived of social schemes and entitlements due to lack of official documents such as address proof, residential proof, caste certificates, etc., and the absence of leadership.

There is no provision for the reservation of seats for Dalit Christians in the state. Even in the minority notified blocks, where Dalits Christians are the majority, the Adivasis are given the job of Anganwadi, as reported by Anupama media, a local newspaper, on June 8.

Hundreds of Christian youths are deprived of higher studies due to lack of financial support and accommodation facilities in the district headquarters where they could have availed higher education, says a survey report by Jagruti Organisation working in Kandhamal for 40 years.

Most of the youngsters go to other states in search of livelihood. In the hope of making a future, they work as migrant workers and face many hardships and challenges.

What does the Church do for the Dalits?

Like the rest of the states, the Odisha Church has made an impressive contribution to the health and education of the people irrespective of caste and creed. It has expanded its presence far and wide in its humanitarian mission.

The initiative of the Odisha Catholic Bishops’ Council (OCBC) to prepare its youth for positions in the administrative services is praiseworthy.

However, the Church might be worried to do more for the Dalits because it might disturb the local equation and ecosystem and change the status quo. When the status quo of a particular system is changed, there’s bound to be some friction in the society.

Are we doing enough for them?

The very fact that the Catholic Church’s highest body, the Catholic Bishops' Conference of India (CBCI), doesn’t have data on Dalit population though it has the Dalit Empowerment Policy shows the lack of seriousness of its vision for the empowerment of Dalits.

I think we have not learned any lesson even after the Kandhamal communal massacre. Though the 2008 pogrom is coloured as communal violence, it is more about the exploitation of economic and political power and vulnerability. There are dynamics of land, business, power, and vulnerability in play.

When the land issue of Dalits is so serious, whether the Church authorities have ever gone to the administration to demand land for the Dalits or given them land ownership is a question that needs to be asked.

The Church could work towards empowering Dalits through its social action wings and through alliances with different networks and organisations that are working for land rights. The church has the human, financial and intellectual resources to make this happen.

What can the Church do to uplift the Dalits?

-    Firstly, the Church must see caste as a problem. Caste issues do exist in the Church. It is against Christ’s vision of establishing an undivided society.

-    The church has the responsibility to bring equality. The bishops, priests, and religious have the role and responsibility to break the caste system. If it is not fixed now, 10 years from now we may be looking at a divided society. There may even be a Dalit Church, a Tribal Church, and an Upper Caste Church.

-    We must work for the socio-economic and political empowerment and land rights of the Dalits. It’s our duty to ensure the best for the most vulnerable sections of the society. We have been thinking about ourselves for so long that we have forgotten there are millions that are suffering.

-    Besides concentrating on victims’ welfare, we must also demand justice for the victims.

-    Educate the faithful on Dalit Empowerment Policy and ensure that they implement it immediately.

-    Strengthen OCBC’s Excellent IAS Academy with collaborative efforts to prepare the youth for positions in administrative services because it includes decision-making and policy implementation.

-    Provide training to members of the parishes and dioceses by presenting them with the structure of the Church. Allow them to reflect creatively and critically and even question the structures of today.

-    Educate laities on the Constitution and train them to read and understand the law, file FIRs, counter the lies on social media with facts through journalism, and so on.

-    Train Dalits Christians on the government’s minority welfare schemes, assist them to avail it, and network and collaborate with other human rights organisations and groups to demand more resources for the empowerment of minority communities in the state of Odisha.

Sandeep Patnaik, a policy researcher based in Bhubaneswar, once asked, and I quote, “Who is the Church siding with? Because when a priest or a nun stands with the struggle of the people and joins them in demanding justice, s/he is sidelined and/or rejected.” Unless we reject this mindset from our system, our faith would not do justice.

(Sujata Jena is a member of the Congregation of the Sacred Hearts of Jesus and Mary. She is a human rights activist, freelance journalist and advocate with a special interest for the cause of the poor, Dalits, tribal women, children, minorities and migrants)