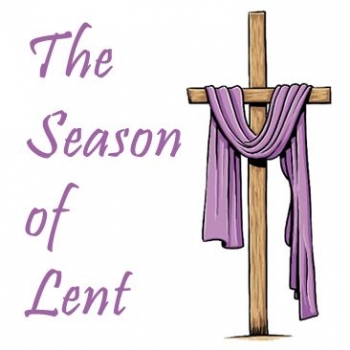 Lent is a significant time for all Christians irrespective of the Churches to which they belong. It is a season to observe and commemorate the passion, death and resurrection of Jesus Christ in view of renewal of individuals and communities so that they become true followers of Jesus. It is also a time to reflect what it means to be a follower of Jesus? That is why many parishes in the Catholic Church organize retreats for the faithful during the Lenten season.

During this period many Christians undertake fasting, observe abstinence from certain items of food and drink, and contribute money to charity. In fact, these observances are to be the external ex

It is ideal that all followers of Jesus in India reflect on the significance of Lent against the current socio-political context of India. Then Lent can become a clarion call to reinvent themselves and the communities or Churches to which they belong. The dictionary meaning of the term reinvent is to make something completely changed that it appears brand new. It also refers to radical change in a person or organization or institution. Lent is a time when the followers of Jesus are invited to reinvent themselves by undergoing radical change in their attitudes, value system and relationship with other human persons. The Gospel passage Lk 3:10-14 throws light on the kind of transformation that is expected from the followers of Jesus.

After listening to the thundering speech of John the Baptist, calling people for conversion, people belonging to different professions came to him and asked John what they should do. To the common people John said, “Whoever has two shirts must give one to the man who has none, and whoever has food must share it”. It is to be noted that John did not ask people to share from their abundance, but from what they have. Accumulation of wealth and resources is a sin because by accumulating resources we are depriving others from meeting their basic needs. That is why Mahatma Gandhi said, “The earth has enough resources to meet the needs of all but not enough to satisfy the greed of even one person”.

In the context of increasing inequalities in the world and in India, the followers of Jesus are expected not only to desist from accumulating resources but also to work for a world order and a nation in which there is no hunger, and all human beings are able to live a dignified life by fulfilling their basic needs. According to the Global Hunger Index Report 2020, and the estimate of FAO, 14 percent of India’s population (about 19 crore) are undernourished. The report placed India 94th position among 107 countries, much behind Bangladesh, Pakistan and Nepal. At the time of the release of the report India had a stock of 68 million tonnes of food grains that is enough to feed all Indians.

The economic policies of the present Indian government are contributing to increase in economic inequalities in the Indian society. Oxfam in its 2021 ‘Inequality Virus’ Report has stated that the wealth of Indian billionaires increased by an estimated 35 per cent during the lockdown. The top 100 billionaires have seen their fortunes increase by nearly Rs. 12.98 lakh core since March 2020, enough to give every one of the 138 million poorest Indian people a cheque for Rs. 94,045 each, while 84 per cent of households suffered varying degrees of income loss, and 1.7 lakh people lost their jobs every hour, in April 2020 alone, the report added.

“The report shows how the rigged economic system is enabling the super-rich elite to amass wealth in the middle of the worst recession and the biggest economic crisis in the history of independent India, while billions of people are struggling to make ends meet. It reveals how the pandemic is deepening long-standing economic, caste, ethnic, and gender divides,” said Oxfam India CEO Amitabh Behar. The three month old strike by farmers against the three controversial farm bills passed by the Central government is to be viewed against the increasing inequalities and pro-corporate policies pursued by the Indian government. Opposing the policies of the government that accentuate inequalities is a responsibility of the followers of Jesus and of the Churches in India. It will be seen as an explicit sign of reinventing by the Churches in India.

The second aspect of reinventing by the followers of Jesus can be seen in the answer given by John the Baptist to the tax collectors who came to be baptized. “Don’t collect more than legal”, John told them. In other words, John told them to stop all kinds of exploitation. Various kinds of exploitation are taking place both within Christian community and in the Indian society. A few among them are sexual exploitation of women and children, labour exploitation and child labour, organ theft, domestic servitude etc.  The increasing crimes on women are part of the huge exploitation of women that is taking place in the Indian society. Not paying just wages and statutory benefits to workers and employees is nothing but exploitation.

Under the guise of religion and spirituality also exploitation of people is taking place in the Indian society. Making people superstitious by killing critical thinking and choking creativity is a thriving business in almost all religions in India. Some fundamentalist Christian preachers misguide and exploit people by telling them that they have to do penance not only for their sins but also for the sins of their forefathers. This is diametrically opposed to the teachings of Jesus. Jesus has taught his disciples unambiguously through the parable of the Prodigal Son that God’s forgiveness is unconditional. What is expected from a person is repentance along with a firm determination not to repeat the sins.

The third dimension of reinventing can be found in the answer given to the soldiers by John the Baptist. “Don’t take money from anyone by force or accuse anyone falsely. Be content with your pay”. In the context of today, this statement can be understood as not misusing or abusing power. Each human being has some sort of power and those who are in authority have more power than the ordinary people. Power is given to a person to fulfil certain responsibilities. But power can be misused for self aggrandizement or for settling scores with one’s adversaries and even to eliminate them. History is witness to numerous instances of abuse of power by the rulers and people in authority. What is happening in Myanmar today is a naked abuse of power by the military junta.

Reinventing themselves by the followers of Jesus requires not only desisting from misuse of power but also questioning and resisting misuse of power. The political situation in India is replete with instances of misuse and abuse of power by the government. “Never before in the history of independent India have the powers of the State been mobilised so ruthlessly to suppress every voice of dissent or protest or defiance. During the Emergency (1975-77), the target was the political opposition. Now, the target is every voice of dissent — be it political, social, cultural, artistic or academic”, wrote P Chidambaram in an article, “Courts sound the bell for liberty” published in The Indian Express on 28th February.

The followers of Jesus have a great responsibility to raise their voice against misuse or abuse of power. They must protest against abuse of power by those who are exercising power at different levels.

The disciples of Jesus cannot be satisfied with performing the practices enjoined by their respective Churches like fasting, abstaining from certain types of food, contributing money for charity and conducting certain prayers like the Way of the Cross. These practices will have any meaning, only if they undergo the threefold transformation: sharing one’s resources with the needy, avoiding exploitation, and desisting from the abuse of power. Such a transformation can lead to reinventing themselves and their respective communities in view of giving witness to the life and teachings of Jesus. Let the followers of Jesus listen to what Prophet Amos has to say about genuine penance, 'But let justice roll down like waters, and righteousness like an ever-flowing stream' (Amos 5:24).