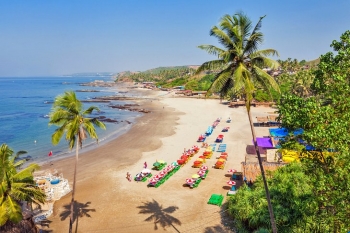 The appeal by Archbishop of Goa and Daman Cardinal Filipe Neri Ferrao to priests and lay faithful to treat migrants with respect, not as second-class citizens but as equals working and celebrating together, the Catholic way of life could not have come at a better time!

In a broader perspective this appeal could well be treated as a general entreaty to shun the feeling of bitterness harboured against ‘outsiders’ by locals in states across the country.

Living in a country like India where people have shown a penchant for being recognized as Indians rather than individuals owing allegiance to a particular state or region, it has been difficult to understand the concept of ‘outsiders’ which is known to flare up periodically as a contentious issue in various parts of the country.

Is it the contention that a state constitutes the exclusive ‘homeland’ of its main language speakers who are the ‘sons of the soil’ that has brought about a ‘reinforced’ belief among the local residents about the ‘outsider’ status of migrants and others who have settled in the region but whose mother tongue is not the state’s main language?

Picking up the local language has never been a problem for migrants. Their flair for languages is very much evident considering the fact that some of the Bengali migrants who form a major share of the workforce in Kerala speak better Malayalam than the locals.

Likewise, Konkani is a widely spoken language amongst migrants and settlers in Goa as well.

Hence the argument that it is the mother tongue that gains a migrant the ‘outsider’ status fails to hold any ground. Besides as a union of states, India affords all its citizens rights to traverse and settle in any part of the country without any restrictions whatsoever.

What then exactly is the reason for the bitterness against ‘outsiders’ that appears to manifest itself in new avatars every time there is a clamour by locals over the sons of the soil issue?

Is it the perceived threat to their livelihood, their very existence in the land of their ancestors which has compelled the locals to raise the bogey of ‘outsider’ time and again to draw the attention of the government to their plight!

Let us for a moment turn our attention to Goa. As a global tourist destination renowned for the hospitality of the locals here, it would not be wrong to say that Goans today are aliens in their own land.

The real-estate boom came as a windfall for the locals. But the manner in which the topography of the region has transformed over the last few decades, Goa is at risk of losing its unique identity.

Prime properties are being purchased by people from outside the state. But concerted efforts have never been made to find out how these wheeler-dealers managed to acquire land and property in Goa!

The thriving holiday homes and resort business too rests in the hands of people who are not of Goan origin.

Some of its pristine beaches are seemingly ‘private properties’ of foreign drug cartels and crime syndicates now, and their writ runs large over them.

Apparently out of bounds for the locals, it remains a mystery as to how complaints of ‘outsiders’ usurping public assets never surfaced in such instances! The alleged unholy mafia-police-politician nexus has only complicated matters.

Hotels, restaurants, shops and various other establishments in villages along the beach belt in North Goa have signboards in Russian giving one a feeling for a moment of having stepped into the land of Cossacks.

Maybe the large presence of Russians in these areas justifies this practice -- a Russian enclave within Goa! An acceptance that is quite contradictory to the much touted ‘parochial pride’ one should say.
Moving on!

A look at the ‘commercial front’ is more than enough to convince a keen observer of the happenings that has shaped Goa of the present. Non-Goans have as good as stamped their authority on various trading activities in the entire region.

The ‘Rajasthanization’ of markets across the state bears testimony to this fact.

It is no secret that people from outside the state have a substantial presence here in Goa. If the BJP could constitute a ‘South Cell’ which comprises representatives from all the South Indian states to establish a firm hold even amongst migrant settlers, it goes to speak for the influence the South Indian lobbies wield in Goa’s politics.

Besides, the proliferation of slums in Goa is a direct consequence of many of the local politicians’ bid to consolidate their vote-banks. While one wouldn’t like to make a comment on the type of people who reside in these ‘shanty towns’, it is the rising incidents of crime reported from these areas that is the cause of concern.

Goa has always felt the need for a strong regional party to address the local issues without running to the ‘High Command’ at every conceivable juncture, and to safeguard the state’s unique identity and legacy.

For many though which took shape in the state, resolving the ‘outsider’ predicament and deriving popularity for the efforts has been the primary consideration.

Rather than give flame to the anti-outsider sentiments running deep in the state, budding regional outfits should instead be keen on understanding the reasons which led to the ‘displacement’ of locals from their own lands.

How and why did the ‘changeover’ of the region over the years undermine all those attributes of the coastal state which were deemed to be the proud heritage of the locals!

Many proposals were made by successive governments to restrict outsiders from purchasing land in Goa, but without making any headway in this matter. There are recent accusations doing the rounds about the government wanting to sell land to outsiders in the name of development.

The land-grab scam has further exposed the seedy underbelly of a criminal nexus that runs deep within the system.

It basically entails educating the locals where it should be made abundantly clear to them that selling chunks of this beautiful heaven to outsiders would only sound the death knell for Goa and its existence.

Regional parties making forays into Goa’s political landscape thus have their work cut out for them.