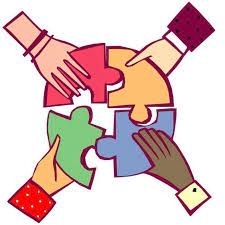 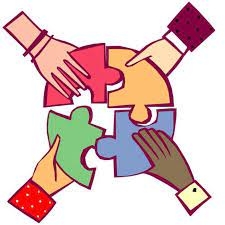 Politics as I understand is how we manage plurality. Because politics is nothing but plurality, it is not man but men with whom we live. To be social means to be political. There is one value in politics which is very often misunderstood and that is equality. We are said to be equal which is very true. But equal where? We are all equal before the law. We are equal does not mean that everyone is a copy of the other.  We are not editions of the one and the same. Everyone is unique, different from the rest of us. Why there is difference and what does it mean? Everyone is born differently. Birth is birth of a beginning, St Augustine will say an “initium’ is born. With the birth of a person something new is born and newness can be created by him or her. With birth of man novelty is born into the world. A person reveals himself through his or her life span of lingering in the play of existence. We are in a world of a show of existence, where existence as existence withdraws and hides and world appears where everything appears ligers a while and disappears. We are in the wonder of world “worlding” itself. In this world play, it is man who is born with a capability to start newness into the world. So, man is an initiator capable of initiating.

But this capability exists and activates in two ways of activity and language. It is in these two domains man exists, externalises and expands; man shows, manifests, reveals and plays in the theatre of plurality. I am what I am by my activities and language -- in work and word. Word can be seen as work and work can be read as word. A writer’s novel is a work, a person’s life is a book. It is always the plurality who are witnesses. But the possibility of newness depends on freedom of ex

What makes a public space political is that in it people meet as equals, as peers, neither being ruled nor ruling over others: a principle derived not from their nature as "human beings" but from their status as citizens. Society is where the plurality lives.

It is through society the life process itself which in one form or another has been channelled into the public realm. Society constitutes the public organization of the life process itself.  The form in which the fact of mutual dependence for the sake of life and nothing else assumes public significance and where the activities connected with sheer survival are permitted to appear in public. The distinction between the social and the political are notoriously hard to grasp. The rise of the social realm represents a terrible kind of deformation and that, as a result, extinguishing the human condition of plurality became a goal of politics.

Plurality becomes a threat because where there is plurality there is difference. Difference is not always positive it can be negative and negation. The possibility of plurality can bring in conflicts and oppositions. It can create criticism and appeal for defence. Anyone who is in position of managing the plurality can be questioned and opposed. This opens the society to conflicts and problems. There opens talks, discussions and debates and dialectics. How do we silence the uproar or the upheaval? Truth is said to be the silencer of the uproar and upheaval. Who decides truth, what is ground of objectivity? Generally speaking, the common sense decides the matter as the truth of it accepted by inter-subjective agreement.

Objectivity in plurality is a matter of dispute. This is normally the ways of democracy in the world.  But democracy can easily degenerate and become mobocracy and the mob of majority dictates its terms as to truth and common sense. The mob rule can become intolerant to the unpredictability of the human novelty banning such unpredictability.  The management of plurality comes to situation where nothing unpredictable is tolerated. Then the very existence of plurality is in peril. The crowd is not plural, it is singular, and it has no face. It is neuter. It is the edition of one and same, it has no responsibility for there is no person.

We see that the rebellion against inner plurality parallels a rebellion against human existence itself. It is speech that makes man a political being. Significantly, that modernity encourages us to adopt a way of life in winch speech is no longer meaningful. Pressing men against each other the State can create the space between them terror-stricken which destroys the one essential prerequisite of all freedom.

“The next decisive step in the preparation of living corpses is the murder of the moral person in man. This is done in the main by making martyrdom, for the first time in history, impossible:  How many people here still believe that a protest has even historic importance?

This scepticism is the real masterpiece of the SS. Their great accomplishment. They have corrupted all human solidarity. Here the night has fallen on the future. When no witnesses are left, there can be no testimony,” wrote Hannah Arendt in Origins of Totalitarianism. Is there a tyrannical thought? Only in thinking but when he wills and judges it will be overcome.  How to get over where plurality is destroyed, the unique perspective of human beings and each person’s ability to come to good judgments is likewise destroyed? The answer is simply in the thinking of the plurality.

George Orwell reminds us: “Do we have to conclude that it is the duty of every writer to ‘keep out of politics’? Certainly not! In any case, as I have said already, no thinking person can or does genuinely keep out of politics, in an age like the present one. I only suggest that we should draw a sharper distinction than we do at present between our political and our literary loyalties, and should recognise that a willingness to DO certain distasteful but necessary things does not carry with it any obligation to swallow the beliefs that usually go with them.”