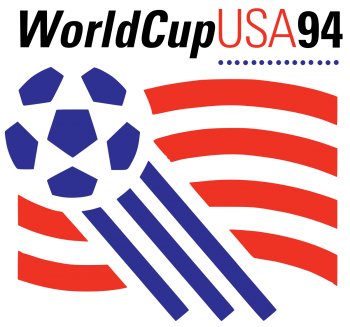 As a few billion fans chomp at the bit in anticipation of the greatest show on earth – the World Soccer Cup 2022 in Qatar that is just weeks away -- it’s time we put a lid on our abiding tragedies, namely the apocalyptic corona virus and the putrescent political class, and instead focused on the world’s most popular spectator sport. Etymologically called “football” in its pristine form, it has, over time, mutated to being called “soccer”, again a word conceived by the British for reasons too tedious to explain and not worth knowing, but the newer term has certainly helped the Yanks distinguish their brutal game called “American football” from the sublime sport celebrated in the civilized world.

My theme, in essence, is an aged fan’s random recollection of the most tumultuous World Cup of all, the 1994 soccer fiesta that had everything – scandal, tragedy, exquisite football, joyousness and heartbreak. But allow me a precursive disclaimer. Now that I am pushing 74 years and not always there, my memory has started playing tricks, so much so that reality and fiction are sometimes indistinguishable, even when a particular field of activity has been a lifetime obsession, like World Cup Soccer has been and is.

In my current state, what happened in my childhood and youth is remembered like it happened the other day; the middle years are dodgy but still close to the real thing; today I don’t always recall what happened yesterday. My friends, that’s what happens when you’ve been here very long; things begin to fall apart but more on that some other time. For now, it’s about football! So, let’s go, or to evoke that resounding Spanish football chant, Vamos! Vamos!

The 1994 World Cup was the swansong of the incredible Diego Maradona who was the consummate footballer in physical skills, soccer intuition and vision. The great Brazilian, Zico, once said that he “saw Maradona do things that God himself would doubt were possible.”  If Maradona had even an iota of good sense, he would have been proclaimed the official God of football, instead of being one of the two joint winners (along with Pele) of the FIFA Player of the 20th Century award. Sadly, his off-field excesses caught up with him in the 1994 tournament, where his superb finish against Greece turned out to be his last international goal. Days later, he was kicked out of the World Cup for failing a drug test, and with his exit Argentina, one of the pre-tournament favourites, sank ignominiously in the round of 16.

A few days ago, the world was jolted by the horrifying news from Indonesia of the death of over 125 football fans in a stampede that some of them provoked in maniacal rage. It hurts to say it but there is no more crazed fanatic than the football fanatic. We got a taste of this ugly truth in that frenzied 1994 World Cup.

The name of Andres Escobar, the Colombian captain, is forever etched in my memory, not for his footballing prowess but for an error on the field of play and its ultimate denouement. His team, Colombia, the hot favourite of Pele to win the title and with the talismanic, lion-maned Carlos Valderrama leading the attack, was up against the USA in a do-or-die group stage match. With the score 1-1 late into the second half, Escobar etched his name in footballing lore with -- what I jokingly told friends -- the most exquisite interception and goal that completely wrongfooted the goalkeeper but, tragically for him and Colombia, it was his “own goal”.

Colombia lost and crashed out of the World Cup. A week later, back home in a Medellin parking lot, he was shot a dozen times and as each bullet was pumped into him, the assassin shouted “goal”! Yes, football can be as ghastly as it can be beautiful, because it is, after all, about humans and their capacity to scale the heights and plumb the depths.

Having the benefit of the omnipresent YOUTUBE helps jog the memory and revive invaluable gems from the past that were disregarded when they happened. Did you know that the greatest goal of the 1994 World Cup was scored by a little-known Saudi, Saeed Al Owairan in the first-round encounter between Saudi Arabia and Belgium? Even at the cost of committing footballing blasphemy, I would put Al Owairan’s goal almost on par with Maradona’s breathtaking goal against England in the 1986 World Cup, deemed “the goal of the century”. Maradona, in a breathtaking run from his half, feinted and steam-rolled past four opposing players and the goalie before flicking the ball into goal. Now watch Al Owairan’s mesmeric 69 metre run, winding past one opponent after another – four in all -- and then smashing it past the goalie for an amazing goal; possibly not as speedy and controlled as Maradona but thereabouts, no?

Following the dreary, goal-starved 1990 World Cup where most games were defensive battles of attrition, with -- you guessed it – stodgy, soulless Germany lifting the Cup, important rule changes were introduced in 1994 to encourage attacking play including three points awarded for a win instead of two and a ban on picking up back-passes to goalkeepers.

These amendments had the salutary effect of increasing the number of goals scored from the record-low of 2.21 per game in 1990 to 2.73 in 1994. Even better, we were treated to a spectacle of great attacking footballers in full flight -- the supremely gifted, egotistical Romario (‘God created me to delight people with my goals’), the ‘gunslinger’ Bulgarian Hristo Stoichkov, the ‘Regele’ Romanian Gheorghe Hagi, the 'rocking-baby’ celebrant Bebeto, the deadly German striker Jurgen Klinsmann. But for me personally as for millions of other fans, the World Cup 1994 was illumined by the ‘divine ponytail’, Roberto Baggio.

In this tournament, Baggio stirred the emotions of the fans like no other footballer could, ambushing them with his drop-dead good looks and his consummate artistry. Combining the technical virtuosity of the European with the inventive joie de vivre and flair of the South American, he had the world at his footballing feet. Otherwise, a diehard fan of Brazil, I switched allegiance to Italy midway through the tournament, partly because I was put off by the braggadocio of Romario but more on account of Baggio’s mesmerizing play. The bare facts speak for his overarching impact from the knockout stage when every game mattered.

After barely scraping through the group stage, winning only one match, Baggio and Italy turned it on. Against Nigeria in the quarter finals, he got the winning goal in the dying minutes of the game. He poached both goals against Spain in the semi-final, proving beyond a doubt to football experts that he was the most technically gifted and ‘big occasion’ Italian player ever, ahead of Gigi Riva, Totti and Del Piero. Fantasy took off and, in the lead-up to the Italy-Brazil final, a story started doing the rounds that at the tender age of three, Roberto Baggio had vowed to his father that he would one day win the World Cup for Italy. We were convinced that the ponytailed wonder would deliver on his promise.

We girded our belts for the grand finale. If you believe that the sporting arena has largely overcome the cultural imperialism that informs other aspects of the North-South asymmetrical relationship, then think again! I have no doubt that the match timings of the 1994 World Cup were programmed to suit the TV viewers in Europe, which meant that for the most crucial matches, we, dupes in the Third World, had to stay up through the hot nights. Even the wellbeing of the players was sacrificed for the convenience and comfort of the TV viewers in Europe.

The final kicked off in Pasadena, California on 17th July 1994 at 12.30 PM, in searing 100 degrees Fahrenheit temperature, in contravention of the age-old convention that all important matches are played in the evenings of the chosen venues. For me personally it was an unforgettably traumatic night for I dozed off half-way through the second half and woke up only when it was all over. I was in a bacchanalian stupor when that dramatic penalty shoot-out happened! In retrospect, I thank God for that spell of unconsciousness, for had I been awake, the sheer tension of the shoot-out would have killed me.

Both teams played so cautiously that even after extra time, the scores were locked at 0-0. In the penalty shoot-out, after four takes, the scores were 2-2. In the final round, Brazil scored, and it was left to Baggio to score in order to keep Italy in the game. He missed and the world was plunged in grief!