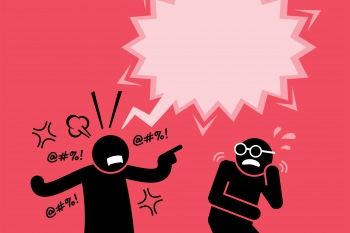 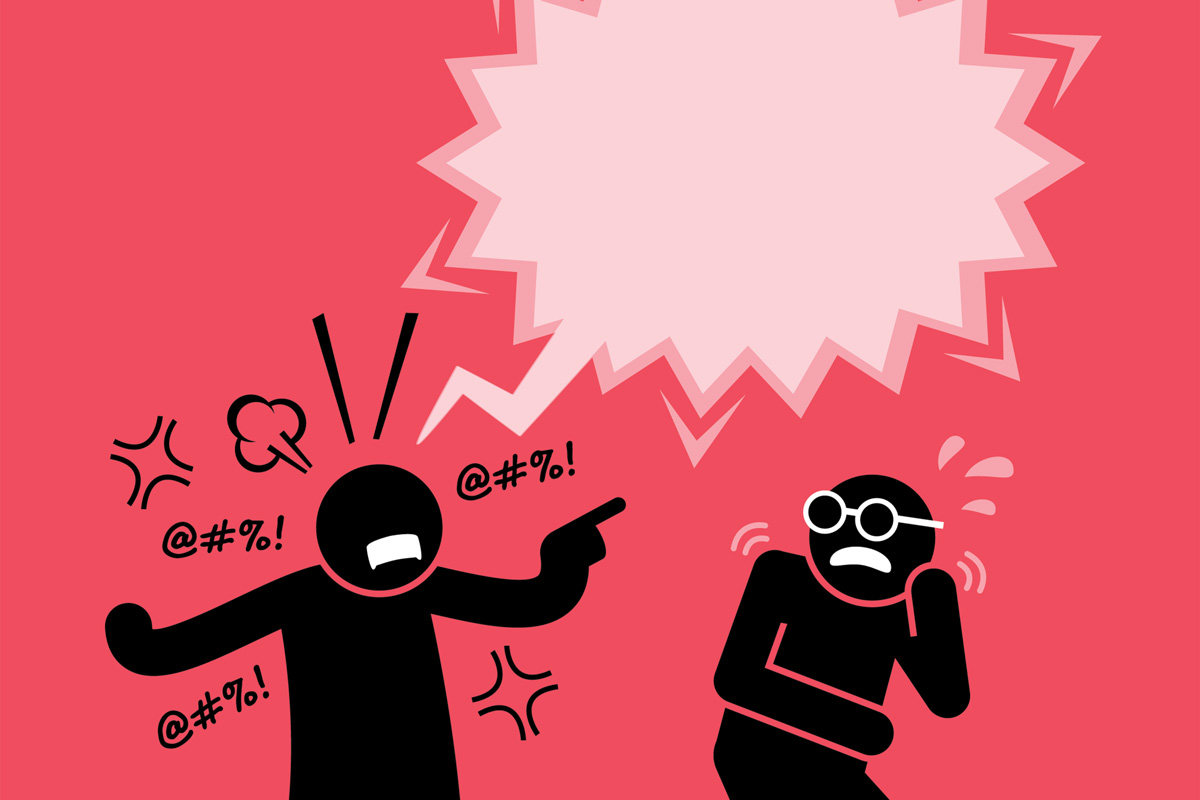 On October 2, Indians celebrate the birth anniversary of Mahatma Gandhi, the Father of our nation. It is an occasion to recall the legacy of a great leader about whom Einstein said, “Generations to come will scarcely believe that such a one as this ever in flesh and blood walked upon this earth”.

This wonderful human being had cultivated in him many sublime qualities and one among them was the capacity to overcome hatred with love. The following statement about Gandhi is attributed to Bertrand Russell. “I know only one Christian, but he is not a Christian”. He is none other than Mahatma Gandhi.

It may be difficult to find someone among the followers of Jesus, who practiced as perfectly as possible Jesus’ teaching on loving one’s enemies. He did not allow hatred to overcome love. “I would rather drown myself in the waters of the Sabarmati than harbour hate or animosity in my heart”, he had said.

India has been witnessing a wave of hate speeches and hate crimes against a particular community ever since the BJP came to power in 2014.  Unfortunately, some Christian leaders also started imitating the ultra right wing organizations in making use of hate speech.

Using hate speech to polarize a particular community or group of people against another group is not a new strategy, but the revolution in information communication technology has enhanced its speed and reach multiple times. Social media has become the speediest vehicle of hate speech.

Political and religious leaders in India and in many parts of the world use it copiously to serve their vested interests. They often give justification that they are protecting the interest of their community through hate speech, but in fact, they are causing great damage to their own community and to society as a whole.

Hate speech, in general, refers to words whose intent is to create hatred towards a particular group, that group may be a community, religion or race. The Law Commission in one of its reports states that hate speech is “an incitement to hatred primarily against a group of persons defined in terms of race, ethnicity, gender, sexual orientation, religious belief and the like”.

The main objective of hate speech is to mobilize people around a political or religious agenda by creating a divisive narrative and widening the support base. Hate speeches often lead to violence. The holocaust in Germany, genocide in Rwanda, and persecution of Rohingya in Myanmar were preceded by hate speech.

There could be various reasons for resorting to hate speech. Obsession with an ideology or a belief and considering other groups which do not follow the same ideology or belief as inferior, sometimes leads to hate speech or derogatory statements.

Many religious fundamentalists believe that their faith is the only true one and portray other faiths inferior to their faith. Their contempt for other faiths is expressed in the form of hate speeches. Competition among different groups like religious sects and political parties to increase their number and power often leads to hate speeches by the leaders of the competing groups.

Hate speech against a particular community is used by some religious leaders to project that community as an enemy of their own community and thereby create a kind of artificial unity in their own community. For example, the Hindutva protagonists often project Muslims and Christians as enemies of Hindus and of India in order to unite the Hindus who are divided on the basis of caste.

During the 2014 Lok Sabha election campaign, the BJP accused the Congress of appeasement of minorities at the cost of progress of India’s predominantly Hindu population. Campaign speeches focused on a sense of majority persecution to unite Hindus politically by deepening ideological, religious and communal divides.

In our country, during elections some political leaders, especially religion and caste based party leaders, indulge in hate speech to polarize voters. Uttar Pradesh will have assembly elections within six months and political parties have already started preparations for the election.

Recently the UP Chief Minister Yogi Adityanath called the 1921 Moplah rebellion of Kerala “a planned genocide of Hindus by jihadi elements of the state”. In fact the Moplah rebellion has been presented by historians and scholars as a peasant uprising against the British and the Hindu landlords patronised by them. In 1971, the Government of Kerala had officially recognised the active participants in the events as “freedom fighters.”

When a particular community is faced with internal scandals, dissensions and divisions and the leadership fails to restore order and unity, it may resort to hate speech against another community that is perceived as an enemy, in order to divert the attention of the general public and to unite its own flock. The same technique may be adopted by leaders of political parties and religious sects when they are personally accused of corruption and moral turpitude.

Jesus Christ and three great leaders: Mahatma Gandhi, Martin Luther King and Nelson Mandela, who were inspired by the teachings of Jesus, have shown mankind the way to overcome hate. Jesus’ teaching on overcoming hatred with love is given in Mt. 5: 43-47.

“You have heard that it was said, ‘Love your neighbour and hate your enemy.’  But I tell you, love your enemies and pray for those who persecute you,  that you may be children of your Father in heaven. He causes his sun to rise on the evil and the good, and sends rain on the righteous and the unrighteous.  If you love those who love you, what reward will you get? Aren't even the tax collectors doing that?  And if you greet only your own people, what are you doing more than others? Do not even pagans do that?”

Jesus not only taught about the significance of forgiving and loving enemies, but also he practised it by praying for his tormentors while hanging on the cross. In order to overcome hate one has to develop spirituality based on the vision that God is a loving father or mother and all human beings are his sons and daughters. Then he/she will imbibe the attitude of God who “makes his son shine on bad and good people alike, and gives rain to those who do good and those who do evil”.

Persons who indulge in hate speech are those who have failed to grow in spirituality, even though they may be practising meticulously many religious rituals and devotions. A genuine spiritual person will be able to overcome hate with love and its shows her strength.

That is why Gandhiji said, “the weak can never forgive; forgiveness is an attribute of the strong.”

Rajmohan Gandhi in his book, MOHANDAS (A True Story of a Man, his People and the Empire) has narrated various incidents in the life of Gandhiji, in which Gandhiji could forgive unconditionally his attackers and offenders.  While Gandhiji was in South Africa, one day he was walking on a sidewalk close to the home of Paul Kruger the Transvaal president. He was assaulted by the guard. When Michael Coates his friend suggested Gandhi to file a case against the guard Gandhi stoutly refused.

Before Gandhiji was assassinated on January 30, 1948 there were six attempts by the same man. After one attempt, the would-be assassin was caught by some volunteers and brought before Gandhi. He told them, “Forgiveness must always be unconditional”.

Regarding General Dyer who was responsible for the Jalianwala Bagh massacre, Gandhiji said, “It would be sinful for me to serve General Dyer and co-operate with him to shoot innocent men. But it will be an exercise of forgiveness or love for me to nurse him back to life, if he was suffering from a physical malady.”

Civil Rights leader, Dr. Martin Luther King Jr. was very much influenced by Mahatma Gandhi when he was a seminarian through reading about Gandhi and his writings. When he led the Civil Rights Movement he was guided by the ideals of Mahatma Gandhi. He said, “I came to see for the first time that the Christian doctrine of love operating through the Gandhian method of nonviolence was one of the most potent weapons available to oppressed people in their struggle for freedom.” He connected Gandhi’s words to the Biblical appeal of Jesus to “love your enemies and pray for those who persecute you”.

In one of his most famous speeches, Loving Your Enemies, Dr. King said, “Returning hate for hate multiplies hate, adding deeper darkness to a night already devoid of stars. Darkness cannot drive out darkness; only light can do that. Hate cannot drive out hate; only love can do that.”

Nelson Mandela was a tall leader who literally applied the teaching of Jesus, “love your enemy”, to politics by including in his government F W de Clerk, the last apartheid-era president, as the deputy president and made South Africa a multi-ethnic and multiracial, inclusive country. After his release from jail Mandela led a peaceful campaign with emphasis on reconciliation and a unique approach of forgiving the enemy, the white leaders who had persecuted him and imprisoned him for 27 years. Mandela learned the essential virtues of forgiveness and compassion from Mahatma Gandhi and applied them to politics when he assumed power as the first president of apartheid-free South Africa. By instituting the Truth and Reconciliation Commission he brought together those accused of rapes, bombings, assassination and their victims and families, to testify before the Commission and seek forgiveness from the victims and families.

Unfortunately today, many political and religious leaders are resorting to hate as a means to acquire power and remain in power, and in this process they are dividing people and destroying peace and harmony. Let the celebration of Gandhi Jayanti motivate and inspire leaders at all levels to adopt the Gandhiyan method of “truth force” or “love force” in governance, particularly in conflict resolution.