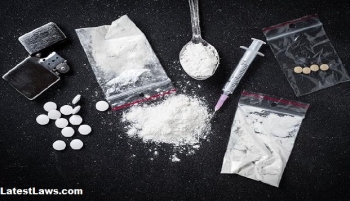 Drug use has direct relationship with one’s mood. One cannot downplay the mood related problems including depression and bipolar disorder. Millions of adults and teenagers all over the world either suffer from a mood/anxiety disorder, looking for either conventional or illicit mood enhancers. As long as drugs are taken as a treatment, they do not generate any disquiet. However, using them as mere enhancements creates serious concerns. Mood is narrowly understood as a frame of mind or state of feeling; and more broadly, as the transient and supervening states of feeling, the basic underlying temperaments and the emotionally charged outlook we have of the world and ourselves. When any of them becomes harsh, it erodes the chance for happiness; and if any one of them is sufficiently enduring and disabling, it is classified as an illness or disease.

Mood Enhancement is often negatively defined as the treatment of a lack of good mood, in which a person’s enjoyment of life and ability to function socially and in day-to-day matters is disrupted by intense sadness, melancholia, numbness, or despair. One main reason to take mood-enhancers is to make one “happy,” which is driven by the false belief that happiness equates to “good mood.” Bioethicists claim that the connection between mood and happiness is very subtle and enigmatic.

For centuries, we have been using alcohol and opiates as mood-altering agents. The mood enhancements are christened with various names, such as anti-depressants, mood-altering-agents, mood-elevators, mood-brighteners, and euphoriants. Among the mood-brighteners, Selective Serotonin Reuptake Inhibitors (SSRIs) are more prominent. Others are Prozac, Paxil, Zoloft, Celexa, and Lexapro. To put it more concretely, these drugs are taken to make shy patients more out-going and assertive; compulsive patients more relaxed and easy-going; and to make patients with low self-esteem become more self-confident.

However, disquiet is created when these drugs are prescribed for nonclinical purposes, and taken by the non-diseased with the intention of augmenting their mood or personality or to feel happy – leading to other hazardous and irreversible consequences. The use of “positive mood enhancers” – such as alcohol, heroin, cocaine, opium, and marijuana – to feel “better than well” is calling for deeper introspection.

Drug use knows no sex, age, or other qualifications. One may start as a recreational experiment which probably makes one a frequent user. For others, the exposure to prescribed medications could also lead to the abuse of it. With a view to making an income or “quick money,” some engage in drug trafficking, abuse, and peddling with drugs. Inquisitiveness and curiosity of the present-day youth – testing the efficacy of whatever they see and hear of – urges them to indulge in drug deal that makes them addicts.

The following pertinent factors can affect the likelihood and momentum of developing an addiction. (i) Environmental factors, such as one’s family’s beliefs and attitudes, and exposure to a peer group that heartens drug use seem to initiate it. (ii) Genetics – once someone begins using a drug, the burgeoning into addiction may be influenced by inherited/genetic traits, which may delay or hasten the disease progression.

Driven by mood disorders and to cope with the same, one may resort to drugs/alcohol. Although the substance may initially moderate the mood symptoms, the withdrawal and chronic abuse plausibly exacerbates mood degradation, leading to frequent abuse and dependence. The other salient risk factors that could make one addicted to drugs are mental health disorder, peer pressure, lack of parental supervision and family involvement, usage of drugs at an early age, easy accessibility to drugs, lack of proper awareness, taking highly addictive drugs such as stimulants or opioid painkillers, and smoking and injecting drugs.

The users very often do not know the dreadful and unintended effects of drugs. The consequences of drug use are complicated, damaging, and enduring. Some drugs are particularly risky, especially if you take high doses or blend them with other drugs/alcohol. The effects may vary depending on the kind of the drug taken, which may extend from psychotic behaviour, seizures, brain damage, coma, to death.

Aside from some mental and physical health problems, the drug addicts are more susceptible to communicable diseases such as syphilis, Hepatitis C, HIV/AIDS, resulting from unsafe sex or sharing needles; Accidents – under the influence of drugs, people are likely to drive or engage in other risky activities; Suicide – addicted ones die more by suicide than the non-addicted; Dependency – the addiction plausibly make the persons lose their mental and moral stamina to handle even day-to-day challenges, and desperately look for drugs to escape from reality; False happiness – drug users mix up transient pleasure with happiness which leads to disappointment and distress; Family problems – conspicuous behaviour changes may engender marital or family conflict and custody issues; Social stigma – one’s weird behaviour may leave indelible and devastating social scars on one’s personality.

Prevention is Better than Cure

The best way to prevent drug addiction is not to take the drug at all, especially not trying illegal drugs. Professional prescription of a drug with potential addiction demands special care of following stringently the doctor’s instructions. Doctors, too, should prescribe medications at safe doses and monitor the same to prevent too great a dose for a longer span. What is more unsettling for us is the misuse of drugs by children and teenagers. Hence, we need to cultivate a strong, stable, friendly, and comfortable relationship with our children both at home and in educational institutes.

Ten possible ways to prevent this dreadful contagion: (i) Talking to children about the potential causes and dangers of drug misuse. (ii) Being attentive to children’s stories of peer pressure, and supporting them to withstand. (iii) Avoiding misuse of alcohol and addictive drugs at home. (iv) Knowing the routine whereabouts of teenage children, their friends, interests, and other recreational activities. (v) Giving awareness programmes and Drug Education, and healthily exposing children to contemporary realities with guided freedom. (vi) Government taking stringent steps to curb the illegal drug-trafficking industry, by monitoring the cultivation, manufacture, distribution, and sale of prohibited drugs. (vii) Banning “naked” advertisements about alcohol, cigarettes, and other non-medicated drugs, endorsing them as good performance enhancers. (viii) Families and schools providing space and time for regular physical exercise to give vent to their feelings. (ix) Educating children about the importance of setting priorities, and following them carefully. (x) Paying careful attention to possible indications of a teenager using drugs.

Proposals for a Better Future

People vulnerable to drug use, or those allured by drugs occasionally, and those newly introduced to drugs but eager to come of this menace can follow some healthy habits – as recommended by some psychiatrists – which are likely to help ward off the prospective threats of drugs, and encourage conventional ways of dealing with one’s moods and enhance them.

•     regular physical exercise works as a physical treatment for depression.

•     outdoor exercise or sports is a good mood-booster.

•     our diet – taking more of grains, vegetable, fruits, beans, and nuts – plays a crucial role in maintaining our emotional health.

•     different ways of interacting with others can help enhance one’s mood.

•     getting engaged in social or volunteer activities plausibly makes a difference.

•     when feeling helpless, one could approach their doctor or counsellor.

•     meeting professional therapists when necessary, and trying out some home-therapies.

All said and done, we need to accept that the canker of drug use has affected the very fibre of the society which is not easy to sweep away, yet one need not lose hope. It is difficult because the threats posed by the drug industry demand a multi-disciplinary approach as the drug menace is a multi-faceted phenomenon. The roots and aerial roots of this peril are not easy to locate as they have stealthily and firmly fixed, and its branches have spread far and wide inveigling others to take refuge in its false shelters. We have allowed it to creep into even tiny, remote villages. The saddest part of drug abuse is that the recent targets are the lower grade school children who are subtly and cunningly enticed with the milder forms of mood-enhancers, mainly by their neighbourhood seniors. Is there a way out?

More often than not, we cut away the branches of the “drug-tree,” without realizing that the roots and trunks will begin sprouting within no time. We are immensely worried about the drug users in our vicinity, because we directly see their sad plight. What we see is only the tip of the ice berg, but it is a humongous, networked, and multi-billion-dollar industry engulfing the entire globe – involving many nations, political leaders, drug lords, traffickers, agents, and victims. We are well aware of the concerted efforts of the international community to curb this menace, the assiduous work of the international police to identify the drug barons, the joint attempts of the navy and the narcotic control board to arrest the drug business, and the endeavours of the UN to curb this cancerous industry. However, we have a long way to go.

As shown by some official data, while states like Uttar Pradesh, Punjab, Tamil Nadu, and Kerala top the chart in drug abuse, cities like Mumbai, Bengaluru, Indore, Delhi, and Kochi have reported highest number of drug abuse cases (as per “Crimes in India 2020”). The situation is alarming, isn’t it? What is our contribution to obliterate this menace? We know how dangerous drug addiction is and how it harms the total wellbeing the users, their dependents, and society at large. Everyone’s tiny effort towards elimination of this evil will surely bring about a favourable network effect. However, our indifference to this corroding menace will engender spill-over effects, exacerbating the existing situation. Hence, realizing our responsibility, let us make concerted efforts to put a halt to this pervasive canker and create a drug-free India.

(Dr. Arnald Mahesh is a professor of philosophy and Dean of the faculty of Philosophy in St. Peter's Pontifical Institute, Bengaluru.)