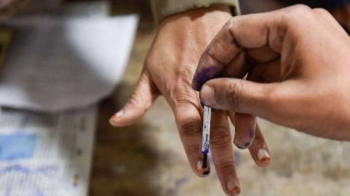 It is averred that municipal councils and corporations need to be healthy and dynamic in order to effectively provide essential services to the people.

Elections are the best way to gauge the mood of the public vis-à-vis the popularity of a government - but when allowed to be conducted in a free and fair manner!

The Goa State Election Commission, on Monday, announced that the elections for 11 municipal councils and Corporation of City of Panaji will be held on March 20!

However, the admittance by the State Election Commission before the High Court of Bombay at Goa that ‘to some extent’ constitutional mandate has not been followed over the reservation of municipal wards for the civic body polls to be held on March 20 apparently lays bare a whole lot of incongruities which makes a mockery of the entire electoral process.

More emphatically, the submission by the SEC that there could be ‘some divergence’ from the mandate when it comes to notifying wards reserved for women has a hollowness about it that will take some explaining to be done if the constitutional authority responsible for administering the election process in the state is not to appear biased in its treatment of the whole matter.

When the very purpose of reserving quotas for women in the upcoming elections is defeated by such arbitrary acts of the government, it naturally follows that the concerns raised about reservation of wards for other backward classes are seemingly genuine as well.

Although it is more than obvious that the ruling BJP in the state stands to gain a lot from the unfair practices employed, such electoral frauds, as has been alleged by the Opposition, should always be shunned.

The High Court’s queries to the SEC as to whether it will seek to ask the state government to rectify the reservations or if it plans to go ahead with the elections with the reservations as currently notified even if the government doesn’t offer to correct the discrepancies, assumes all the more significance considering the reply of the state Advocate General’s reply in response.

For, the state government has all along been arguing that the reservation policy adopted was in line with the law in force and not arbitrary.

It is clearly indicative of the fact that the SEC was not overly bothered about the court’s observations and its ruling. Supposedly, the SEC is independent of executive control and interference - but is it really!

These ‘proceedings’ should however give one an inkling of the way politics is being played over these elections. For that matter, the ‘seriousness’ with which the BJP-government in Goa has taken every election in the state and to assert its supremacy has not gone unnoticed.

If the stand taken by the CM that the upcoming municipal elections would not be held on party lines has not already raised enough eyebrows, his contention that the BJP-backed panels/candidates will win the polls convincingly clears away the cobwebs of uncertainty that hangs around it.

The political machinations essayed to place its candidates in a winning situation is thus a natural fallout of these election-time ‘shenanigans’. In this respect, the BJP has definitely given a distinct advantage to candidates it intends backing by selective delimitation and reservation of wards for women, SCs, STs and OBCs.

Strangely though, besides the bunch of petitions challenging ward reservations and delimitation in the High Court; for once there appears to be sharp differences over the matter within the ruling BJP as well, as was evident from the ‘fracas’ between some port town legislators over this issue.

It is however the manner in which various legislators are getting ready to lock horns for control of various Civic bodies which makes one wonder whether civic bodies are the necessities of metropolitan areas or are they merely political playfields for legislators!

If the build-up to the elections in Margao is anything to go by, it wouldn’t be wrong to state here that the commercial capital is witnessing such a tamasha of sorts.

Yet, while the dominant parties in the fray are busy weighing their options and assessing their strengths, it is rather strange that the press has thought nothing about reporting from ground zero and has only funnelled its efforts towards covering the evolving politics over the poll theatrics that forms an inevitable part of the run-up to any election.

Hence the ward delimitations and reservations drew more headlines than the type of contenders who would be contesting the elections.

More than the need to have good candidates who will carry the aspirations of the city dwellers further, it has been the political intrigues that necessarily describe such elections which have hogged the limelight.

The alliances and the animosities between various political factions for the upcoming polls seem to be more concerning that the performance of the councillors who represented various wards in the outgoing council.

Preparing a report-card of their achievements and failures in the past tenure, the press should be assisting the public in assessing the efficiency of the representatives.

A tenure of any councillor has been essentially about attending to public grievances and his/her contributions to the development of the city.

But the Margao city fathers have been different from their counterparts in like say the Vasco Municipal Council where the councillors have always maintained a separate identity for themselves in running the affairs of the Civic body unlike the Margao Municipal Council which has apparently been playing second fiddle to a couple of prominent legislators who have run the council as their personal fiefdom.

While the MLAs may view the control of these elected bodies as ways to extend their political clout, it is the city that suffers due to the politics being played out by these leaders over various issues.

Hence it becomes important to have Madgaumcars and people from Fatorda deciding on their own candidates for the forthcoming municipal elections without allowing the political affiliations of any contestant to get the better of their judgment.