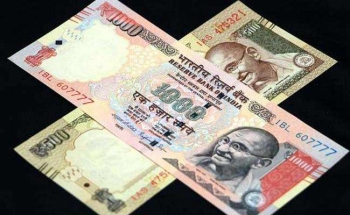 Five years ago, when most of us were trying to spend time with our family after a long day, Prime Minister Narendra Modi made an appearance on national television. Some of us might have received an SMS or a WhatsApp message with his picture and a corresponding message. Many of us, including this writer, thought that the news was fake, being circulated by those having a vested interest in scare-mongering. Only to find that at times you get real news, too, on social media!

The news had sent shockwaves across the country. The 500-rupee and 1000-rupee currency notes that we owned had suddenly lost their legal value from the midnight of November 8, 2016. “To get rid of corruption and black money”, the Prime Minister urged that “everyone must participate in Imandaari ka utsav (festival of honesty) and Pramanikta ka Parv (festival of authenticity)”. As if we had an option of not participating in the scrapping-utsav (festival).

Many praised the initiative to heights thinking that it was an attack on the rich, who amassed wealth illegally in the form of black money. In fact, it was considered akin to the Hindu mythological story of Samudra manthan (churning of milky ocean) which will help in extracting amrit (nectar for eternal life).

Newspapers reported the next day that many jewellers kept their shops open till 3 a.m. to help the rich in getting gold for notes! A report published by the Indian Bullion and Jewellers Association (IBJA) revealed that gold worth Rs. 5,000 crore or around 15 tonnes was sold within a few hours.

In other words, when the entire country was facing the heat and people were running from one ATM to another to withdraw some cash for meeting immediate requirements by keying in the requirement of 100-rupee currency notes, many turned the occasion into an opportunity to escape the government’s eye.

People were given a timeline of a few days, 50 days to be precise, to get the currency exchanged for the newer ones. However, only Rs. 2,000 could be exchanged at a time, to begin with. There were restrictions on cash withdrawals as well. Several ATMs were found empty for several days. In fact, the then RBI Governor, in one of his books revealed that even the apex bank was not taken into confidence before initiating this monumental task.

The Jan Dhan accounts, the financial inclusion scheme that the prime minister used to open free bank accounts across the country, suddenly had a deposit of Rs. 41,523 crore! A large majority of these accounts were not operational immediately before demonetisation. In fact, many banks were forced to deposit Rs.1 to Rs. 10 in these accounts to present a different picture at that time.

Anyway, a few questions remain. What did we gain after such a massive exercise? Reports say that more than 100 people lost their lives due to demonetisation, while standing in long queues. Was it worth it? Did corruption come to an end? Did we eradicate black money? Did we reduce the cash economy? Let’s have a look at a few facts to understand the current scenario.

As far as black money is concerned, the RBI had revealed that almost 100 per cent currency came back into circulation. In other words, the so-called black money was turned into white, without subjecting the rich to much hassles. They could easily get people to deposit money into their banks. Of course, they might have lost some proportion in the process, as such services could not have come for free!

The current scenario is not different. Even today, real estate transactions cannot be done without involving cash. Not to forget hundreds and thousands of shell companies that have been formed ever since note-bandi was announced.

A report published in the Economic Times last month speaks about formation of more than 2.3 lakh shell companies during the last three years. The information gathered by the income tax authorities after the demonetisation has revealed that more than 3 lakh companies were involved in hawala transactions. In other words, black money continues to thrive.

Immediately after the demonetisation, this ratio did come down from 12 percent of GDP to 7.5 percent. However, it started increasing subsequently. Of course, there has been a considerable increase in digital transactions with the launch of many new payment methods like UPI. The RBI digital payment index which stood at 100 in 2018 has shot up to 270 now. The net result is that both cash and digital transactions have increased considerably. Simply put, the objective of having a cashless economy, too, could not be achieved.

A large chunk of black economy still exists in the form of gold and in real estate. The government deployed the Goods and Services Tax (GST) to curb this menace. However, if we look at the GST collection, it has more or less stagnated. Ideally, it should have grown every year by at least 10 per cent. The collection has been in the range of Rs. 95,000 crore to Rs. 110,000 crore a month for the last four years.

The dual attack of demonetisation followed by GST certainly created large-scale unemployment. The government never admitted the consequent slowdown in economic growth rate. Nor did it take any corrective measures. The pandemic has only added fuel to the fire.

Five years after the deadly strike, the country continues to suffer. Demonetisation certainly had a devastating effect on the economy. Many would say what has happened has happened. Why should anyone rake up old wounds? However, it is important to look back, accept our failures, learn from our past mistakes so that we don’t commit them again, something that the Modi government has been ignoring more often than not.

The midnight (mis)adventures of the government, be it demonetisation or GST, have only proved to be ill-thought off suicidal attempts, for gaining nothing but political advantage.

Demonetisation certainly helped the BJP in winning election to the legislative assembly in Uttar Pradesh. Incidentally, elections are once again due in the state. Hope the 2016-fiasco is not repeated to gain political mileage!