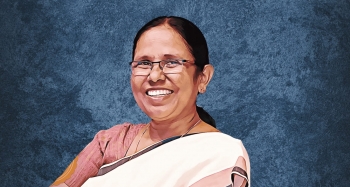 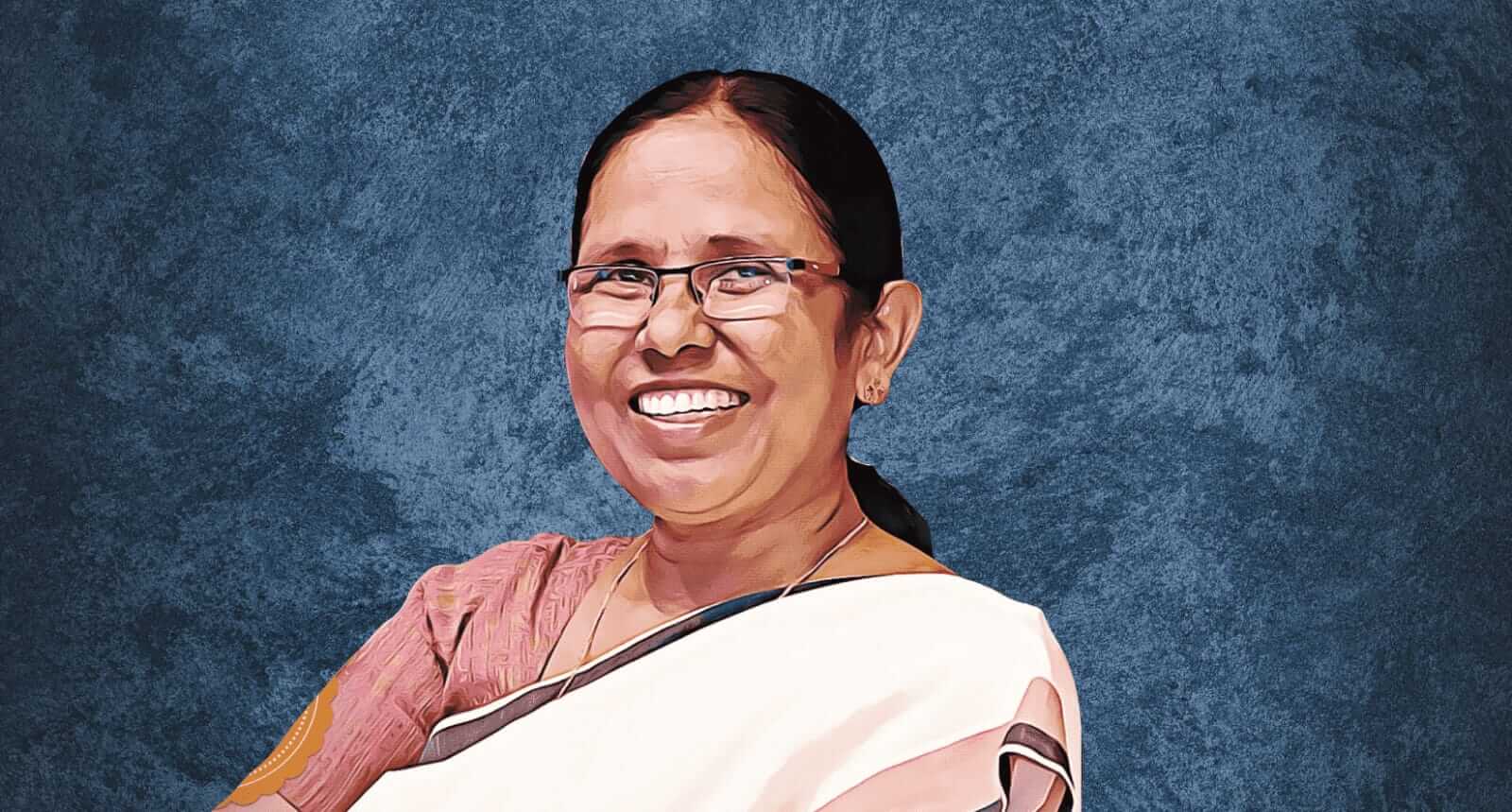 India began its vaccination programme seven months ago. More than 566 million doses have been administered till now. 88.13 lakh doses were administered on August 18 which is the highest ever vaccination achieved in a single day so far. But India is far behind the target.

Anju Grover for Indian Currents spoke to Kerala’s former Health Minister K K Shailaja to know the reasons behind the slow progress. She became popular as the Health Minister for the “Kerala model” of battling the pandemic. She was lauded by national and international media for her handling of Covid-19. Shailaja was honoured in a UN webinar last year. The UN honours public servants who are engaged in the fight against Covid-19 as part of this programme. She has received wide-spread accolades in the international media for the containment of the Covid-19 spread. The screening and the home isolation of the expatriates in Kerala had become a model for the entire country.
Popularly known as Shailaja Teacher, she has been closely watching vaccination programme in Kerala and the country even though she is no longer in-charge of health ministry.

Q: What are your views on the vaccination programme and its progress?
A:  Vaccination is the only weapon to deal with Covid 19 virus and its variants. Jabs must be administered to people as early as possible as second wave is underway. The third wave is expected in the coming days. Only 20/30 per cent people have been vaccinated so far. We need more vaccines. In Kerala, first dose has been administered to more than 50 per cent while second dose has been administered to around 15 per cent population. We have to vaccinate more than 90 per cent of the people in the country. Unfortunately, several states including Kerala have not been getting adequate vaccine. The Central Government should properly distribute vaccines to states as per their needs.

Q: Why are we lagging behind?
A: Less supply of vaccine, delay in approving new vaccine manufacturers and lack of public awareness are among the many reasons. There is a need to change vaccine policy in India and the entire world. Vaccines for Covid 19 should be available for free. Production of vaccines needs to be scaled up. More pharmaceutical companies should be allowed to produce Covid 19 vaccines.  The technology to produce vaccines should not be the monopoly of few companies.
We have only two vaccines namely covishield and covaxin.  Kerala has requested the Central government to share technology so that pharmaceutical companies can produce vaccines. The state government also sought financial assistance for producing vaccines. But the Central government has not responded till now. I do not know why? The Central government is not transparent about not producing more vaccines. When the Centre had given permission to states to conduct RT-PCR tests, it had helped states deal with the corona-virus more efficiently.

Q: Has politics marred the vaccination programme in India?
A: There is nothing wrong if any Opposition party asked questions to the government. The government should reply and properly act.

Q: Is it true that non-BJP governments are facing problems in vaccine programme?
A: I can’t say about other states but in Kerala, we have been following zero waste policy. We have been running mass campaigns for vaccination programme and give 5 lakh vaccines every day. If Central government provides enough vaccines, then the vaccination can be completed in two months’ time.

Q: BJP president J P Nadda claimed that 10 crore people have been vaccinated in 45 days and the same number of people will be vaccinated in fewer days. Do you think vaccination of adults can be completed by year-end?
A: In big states like UP and Bihar, the possibility of vaccinating so many people in one day will be difficult. The supply of vaccines to far flung areas will also be difficult. There is no proper supply of vaccines in several villages. How can they vaccinate such a large number of people in one day? Achieving 100 per cent vaccination in one or two states will not help India protect itself from the impact of deadly coronavirus.

Q: Your comments on Kerala model?
A: Making rapid response teams, state-level control rooms and conducting mock drill exercises were all part of a strategy established even before the first case of the virus was reported in India. Our strategy was to trace, quarantine, test, treat and isolate. Instead of a quarantine requirement of 14 days, which was the standard for COVID-19, Kerala implemented a 28-day quarantine period for those who were tested positive.
Kerala had always focused on preparation and created public awareness about the possible impact of Covid 19 and we were able to contain the spread of virus and succeeded in flattening the curve in December 2020. As a result of it, the daily cases went down to 500 or less than that. Then state elections came and people mingled. By then the second wave began and it is still going on. The number has come down to around 10,000 per day. The curve has been going up and down.

Q: What is the solution?
A: There is no quick fix solution for it. There is no one fixed way to deal with Coronavirus as the mutant variant is changing every now and then. We have to adopt new policy and new protocols. Scientists are saying that delta variant is more infectious. Various studies are being done to know the pattern of virus and still there is no definite solution for it.