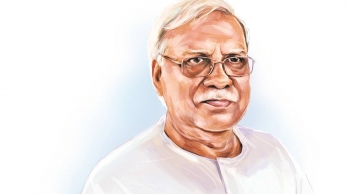 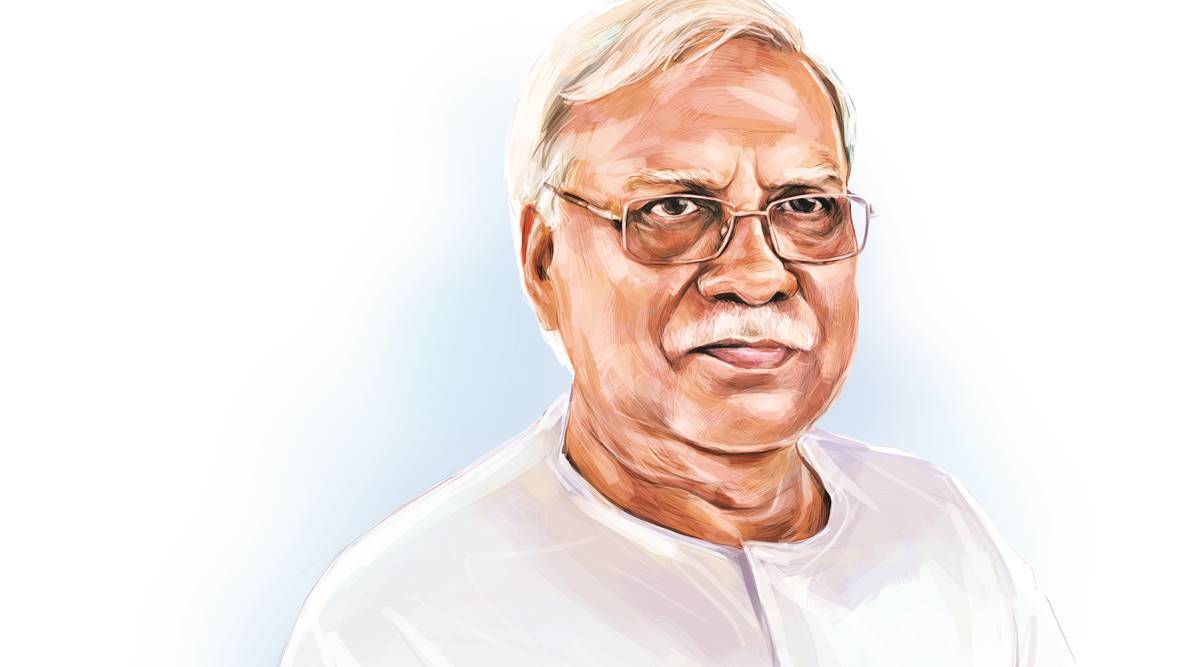 It has been a month since farmers have been protesting on the borders of Delhi against the newly passed three controversial farm laws. The efforts by the government to end the agitation have failed as the agitating farmers want nothing less than scrapping of three farm laws. In fact, their number is swelling at the protest sites every day despite freezing cold conditions. The Centre on December 24 wrote to protesting farmers and reiterated that it was open for talks on all issues. This came a day after farmer unions demanded a concrete proposal for talks.

When will the deadlock end? What will be the solution? To understand the implications of new farms laws and the farmers’ protest, Anju Grover for Indian Currents spoke to All India Kisan Sabha (AIKS) general secretary Hannan Mollah, who said the farmers’ protest is the most disciplined, democratic and peaceful movement in the country ever since India became independent.
Stating that it is a movement of and by farmers which has a `secular’ identity, the veteran farmer leader accused the government of being undemocratic and fascist. “These laws have challenged their existence,” said Mollah and added that the farmers have no option but to protest till the government scraps the farm laws.

Q. Farmers have rejected the Centre’s proposal for amendments stating that these would further strengthen the farm laws. One of the significant points in farmers’ reply to the Centre is higher Minimum Support Price (MSP) which is quite significant.
A: We have been demanding higher MSP for the last four years. The existing Minimum Support Price (MSP)} is a farce. The existing MSP covers six per cent of the farmers of India. Ninety-four per cent farmers do not get MSP. A majority of crops are not included in the MSP category. Except Punjab and Haryana, farmers are not getting payments in accordance with MSP. Farmers are getting one-third of the actual rate of MSP. Prime Minister Narendra Modi has repeatedly said that the MSP will continue but nobody wants the existing MSP.

Q: Can you explain the meaning of higher MSP?
A: Noted agriculturist M S Swaminathan had recommended C2 plus 50 % formula (cost plus 50% support price) whereas the existing MSP is A2 plus FL formula A2+FL covers actual paid-out costs plus an imputed value of unpaid family labour. It was Manmohan Singh’s government which had adopted the A2+FL formula. The Modi government has followed suit. Moreover, this formula is being applied in Punjab and Haryana only. There is no punishment for those who give less money than existing formula.

Q: The Supreme Court has indicated that it might form a committee having representatives of the government and farmer unions across the country to resolve the deadlock. Your views.
A: The Supreme Court should have asked the government to postpone implementation of these Acts till a solution was found. We are apprehensive of appointment of a committee. Look at the Swaminathan committee which had made recommendations way back in 2006 but these have not been implemented till date. Any formation of a committee will drag the issue indefinitely. These three farm laws are death-knell for the farming community of India. It will take away farming from farmers and hand it over to corporates.

Q: What is your objection to the government’s proposal for amendments to the laws?
A: The objective cannot be changed by making amendments in these laws. The objective is to play into the hands of Adani and Ambani who have already constructed big godowns for storage. They will start hoarding agriculture produce after the implementation of these laws. Food Corporation of India will be destroyed. People will be compelled to pay many times more for the products than paid today.

Q: International Monetary Fund Executive Director (India), Surjit Bhalla, in an interview said that these laws would benefit all farmers and not just a few.
A: That’s not true. The corporate-paid intellectuals talk for corporates and not for the poor and common people. They cannot help us in our fight against these laws.

Q: Mr. Bhalla has described farmers’ agitation as manufactured controversy and added that these laws were as important as 1991 farm reforms. Your reaction.
A: Don’t forget that five lakh farmers committed suicide because of 1991 reforms. On an average, 52 farmers commit suicide daily. We don’t want to die listening to agents of corporates. These laws will doom agriculture.

Q: Kaushik Basu, one of India’s top economists, has criticized the new farm laws calling them “flawed” and “detrimental to farmers”. Ironically, Basu, as India’s Chief Economic Advisor in the UPA government, had favoured similar if not the same reforms.
A: He has finally understood the implications of these laws. Better late than never. When you frame a farmers’ policy, keep farmers at the centre. But the government is keeping farmers in the periphery; instead, profit, market, export and import are in the centre. The government wants to hand over agriculture to corporate houses. Hoarding will increase with no punitive action. Those who have big storage capacity will have a monopoly.

Q: What are your demands?
A:  We had prepared two Bills in people’s parliament including one on MSP. These Bills were moved in Lok Sabha and Rajya Sabha as private member’s bill. These Bills were: Farmers’ Freedom from Indebtedness Bill, 2018 and The Farmers’ Right to Guaranteed Remunerative Minimum Support Prices for Agricultural Commodities Bill, 2018. We had requested the government to consider these Bills but it did not pay heed. After two years, the government brought three Ordinances which will destroy farmers of the country. Agriculture is a way of life in India. However, policy should be country specific. This government is acting on the dictate of the IMF. The need of the hour is to prepare a country- specific policy. The government should adopt reforms for the welfare of farmers.