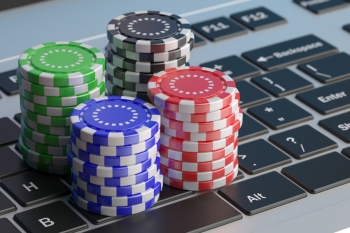 In the next incident, a 39-year-old woman died by hanging, after her jobless husband, who became addicted to online gambling during lockdown, lost close to Rs 20,000 in online rummy. The money was meant to be paid towards her son’s school fees.

The previous AIADMK Government, too, faced with a spate of suicides arising out of online gambling introduced an Ordinance in November 2020 to amend the Tamil Nadu Gaming Act, 1930. It justified that playing games like rummy, poker etc., using computers or mobile phones, for money or other stakes were addictive in nature and as a result, innocent people were getting cheated leading to incidents of suicide. The said amendment prohibited all forms of games being conducted in cyberspace, irrespective of the game involved being a game of mere skill, if such game is played for a wager, bet, money or other stake. The same was struck down by the Madras High Court which ruled that the new law to be ultra vires the Constitution in its entirety. The Court however observed that nothing herein will prevent an appropriate legislation conforming to the constitutional sense of propriety being brought in the field of betting and gambling by the State.

According to the popular reference source, the Black’s Law Dictionary, widely used by attorneys, judges and scholars’ world over, “Games may be of chance, or of skill or of skill and chance combined”. However, it is the dominant element - "skill" or "chance" - which determines the character of a game.

So, a game of chance - like the throw of dice, turning a spin wheel or shuffling of cards - is determined entirely or in part by lot or mere luck where the result is wholly uncertain and doubtful.

Success in a game of skill - like chess, golf and rummy - primarily depends upon superior knowledge, training, experience, etc., of the player.

According to reports, online rummy gained popularity during the lockdown period and simultaneously many mobile applications offering loans also appeared. In terms of growth, the online gaming industry is stated to have seen growth in revenue, users as well as usage. The average time spent on mobile phones increased from 151 minutes before the COVID-19 lockdown to 218 minutes during the lockdown. From USD 1.1 billion in 2019, the industry has been growing at a compounded annual growth rate of 40 percent and is expected to cross USD 2.8 billion by 2022. Today, online games have more than 300 million users in India and is growing.  India makes up for 13 percent of the global market share with regard to online games played on mobile devices.

The cause for concern is that according to reports, those who started off investing small amounts later started to put in larger amounts and the ones who lost their money started taking loans. Most of the people who accepted money through money lending apps were threatened and blackmailed. Such pathetic tales are aplenty.

A five-member committee led by retired Madras High Court Judge K Chandru was constituted by Chief Minister Mr MK Stalin in August this year to advise on enacting a fresh legislation on online games. Although the Report of the Justice Chandru Committee is not available in the public domain, references of the same have been made in the Ordinance no 4 of 2022 which intended to “prohibit online gambling and to regulate online games in Tamil Nadu” that was promulgated on 1 October.

It is elaborated that in the case of online version of games including online rummy, the algorithm for the random generators are known to the developers and hence are pseudo random generators; such games can be played with bots (an autonomous program or character designed to interact with systems or users); no mechanism is available for auditing the centralised server architecture of the gaming systems; and artificial intelligence can be used to manipulate the games and lure the players into continued indulgence.

Online games are classified into two types - one which have minimal or negligible randomness factor, and another having random event or count generators which are pseudo random and are addictively designed. It has been recommended to regulate the former and to ban the latter.

With regard to public views on the proposed legislation, more than 99 percent of the general public (10,708 out of a total of 10,375 mails received) are said to have favoured imposition of a total ban on online games. 17 stakeholders, comprising of representatives from the online gaming industry, think tanks, political parties, players association and social activists, who were provided an opportunity to express their views in person are said to have given various suggestions ranging from self-regulation by the industry themselves, regulation by the Government, need to differentiate real money games and other forms of games, to provide age and money restrictions, to ban advertisements, to prevent money laundering, to provide grievance redressal mechanism and to provide a total ban on online games.

Taking various factors into consideration, essentially, what the new statute prohibits includes 1) online gambling and playing online games of chance (rummy and poker);2) advertisements directly or indirectly promoting gambling; 3) banks, financial institutions and payment gateway providers in engaging in any transaction or authorisation of funds towards payment for any online gambling or any online game of chance specified.

Local online games providers need to obtain a certificate of registration (valid for 3 years) from the authority before conducting online games in the State.

Anyone indulging in online gambling or plays any online game of chance as specified is liable to be punished with a three-month imprisonment or with fine up to Rs 5000 or with both.

Any person who makes or causes to make advertisement in any media is liable to be imprisoned for a year or with fine up to Rs 5 lakh or with both.

Any person who provides online gambling service or any online game of chance is liable to be imprisoned for a term extending to 3 years or with fine up to Rs 10 lakh or with both.

Fingers crossed, it would be interesting to wait and see the outcome as the new regulations are expected to be challenged in the Court as the E-gaming Federation has reportedly stated that it would move the judiciary as the new legislation has categorized rummy and poker as games of chance.