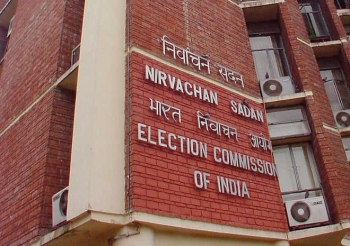 Gone are the days when the Election Commission of India, especially when T N Seshan was its chief, showed its teeth. The District Collectors and the IAS officers took orders from the Commission. But, recently the Chief Election Commissioneer (CEC) was called by the Prime Mnister’s Office (PMO), vide a communicque from the Law Ministry, to attend a meeting, along with the full bench. The meeting was to be presided over by the principal secretary of PMO. With the elections round the corner in five states, such a meeting is suspicious. As per the protocol, the CEC is listed at number 9, whereas the principal secretary is ranked at number 23.

According to  S Y Qureshi, former Chief Election Commisisioner, no such informal meeting can take place on a serious topic like elctoral reforms. A wrong precedence has been set. It shows the weakness of the CEC. Quoting his own example, he stated that he had relinquished the post of IAS officer, well in advance, before taking up as the Election Commissioner. He had refused the offer of the then Union Law Minister Veerapa Moily to meet over a cup of tea. Free and fair elections is the responsility of EC. ‘Neutrality” needs to be vissibile.

“Earlier, on the demand of BJP as Opposition, we had shifted officials even upto the level of state secretary. Autonomous status of EC is supreme and it needs to be honoured. The dignity of our Constitution should be maintatined. Setting up a wall against the political parties is manatory for the EC to maintain its credibility. The PM and the CEC have taken an oath to uphold the dignity of the Constitution. Breach of constitutional improperity canot be tolerated,” he added.

The Rajya Sabha has since passed the Election Laws (Amendment) Bill, 2021, to link electoral roll data with Aadhaar. The Bill was passed in the Lok Sabha amid protests from the Opposition demanding it to be sent to a Parliamentary Standing Committee. The Rajya Sabha approved the Bill, after members of the BJP, JD(U), YSRCP, AIADMK, BJD and TMC-M supported it, saying it will help in eradicating duplicate and fake voters from the electoral rolls. However, members of the Opposition parties like the Congress, Trinamool Congress, Left parties, the DMK and the Nationalist Congress Party staged a walkout in protest.

According to the Union Law Minister Kiren Rijiju, the Bill would allow the electoral roll to be linked with Aadhar cards and it will be optional, not mandatory, but it will help us to sieve out fake voters. "The Bill proposes to replace the word 'wife' with 'spouse' to make the act (Representation of the People Act of 1951) gender-neutral. It will also expand the limits of the election premises acquisition."

Congress Lok Sabha MP Adhir Ranjan Chowdhury, however, alleged that the Bill was related to the upcoming Uttar Pradesh Assembly elections. "I don't know why the government was in hurry to pass the Bill. It should have been sent to a standing committee. We still don't have a data protection law. This may impact people's voting rights. The Government couldn’t keep the account of the Prime Minister from being hacked, it couldn’t be expected to protect the data of all the citizens," Chowdhury said.

Five former CECs have condemned the move. Earlier the Supreme Court had stated that Aadhar card cannot be the basis for casting votes. Voters right is at stake, bogus votes are likely to rise and biometric cannot be the basis. The privacy under Article 21 is breached. Eyebrows are raised on as to how the data of over 90 crore voters will be managed. Earlier, only the EVM was under the lens of suspicion, now the entire move is raising mistrust, say political experts.

Earlier, over 500 intellectuals had approached the government to reconsider its move of electoral reforms. Pasing a Bill in 10-15 minutes, with no discussions, is defamatory for the Parliament. Unfortunately, one of the main pillars of democracy, that is law making body, is losing its credibility. Aadhar is not a safe means, with its availability in 5 minutes at Rs 250. Are we heading towards “One nation and one election” concept. The way such Bills are brought up in a haste, is dubious. Around 310 out of 349 bills have been passed in this manner. ‘There is something suspicious’, opine some mediamen.

Senior Journalist N K Singh asserts that the intention is not clear. Inefficiency and distress is the reason for introducing the electrol reforms. Government has admitted in courts several times that our data is not complete. One poor girl died after six months of not getting the ration, as her finger print was not matching with the Aadhar card. Also, the move could be misused based on the caste and religion, he added.

Over 19 lakh Bangladeshi refugees were reported in the National Register of Citizens. Where have they gone? Have they infiliterated into various parts of the country or have been sent back or have been included in the aadhar card.

How will the proposed reforms in the electoral system help in sieving out fake voters? "Aadhaar linking with electoral roll will solve one of the major problems in Electoral database management which is multiple enrolment of the same person at different places," said people aware of the developments.

"This may be due to the frequent shifting of residence by electors and getting enrolled in the new place without deleting the previous enrolment. Thus, the possibility of electors whose names appear in more than one electoral roll or at times more than once in the same electoral roll can be removed," they added.

The government functionaries said that once Aadhaar linkage is achieved, the electoral roll data system will instantly alert the existence of previous registration whenever a person applies for new registration. "This will help in cleaning the electoral roll to a great extent and facilitate elector registration in the location at which they are ‘ordinarily resident’."

Mallikarjun Kharge, the Leader of Opposition in the Rajya Sabha, hit out at the Centre and said the Bill was passed without any "discussion or debate" and called it "mockery of democracy".

During the debate, Congress leader Shashi Tharoor said that Aadhaar, a 12-digit unique identity number that contains biometric and demographic information of citizens, is "only meant to be proof of residence and not proof of citizenship". "If you are in a position asking for Aadhaar for voters, all you are getting is a document that reflects residence, not citizenship. You're potentially giving the vote to non-citizens," Tharoor added.

Aadhar card can give us the right to vote, but not the right of citizenship. A mjor chunk of public feels that there should be a ceiling on the expenses of the poltical parties, but that aspect has been overlooked in the electoral reforms. In the name of electoral reforms, the stature of Election Commission has been reformed. Are we heading towards “One Nation, One Election and One Government” theory?