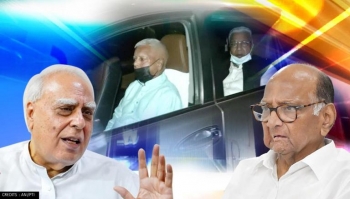 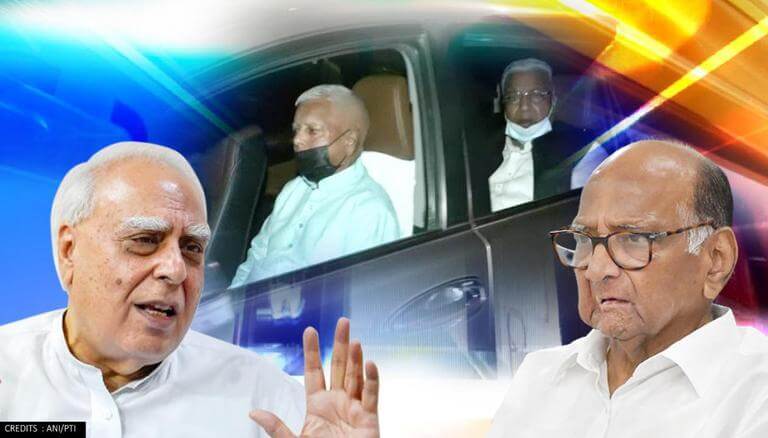 A flurry of political activities, starting from the visit of West Bengal chief minister Mamata  Banerjee to Delhi in the last week of July, took place in July-August 2021 in view of forging opposition unity to take on the BJP in the 2024 Lok Sabha election. Prior to the visit of Mamata Banerjee, Sharad Pawar the NCP supremo had convened a meeting in Delhi on 22nd July in which many leaders of non-Congress opposition parties took part.

According to Sharad Pawar, it was a non-political meeting of like-minded individuals of Rashtriya Manch floated by former finance minister and TMC leader Yashwant Sinha. But the focus of the meeting was the current political situation in the country and how to respond to it.

In the last week of July, Mamata Banerjee visited Delhi and met leaders of various political parties, including Sonia Gandhi and Rahul Gandhi, and Delhi CM Arvind Kejriwal. During her meetings with the political leaders she emphasized the need for all political parties coming together to oppose the BJP. She invited Biju Janata Dal and YSR congress, the parties that are friendly to the BJP, to join the opposition rank.

On August 9th, the birthday of the Congress leader Kapil Sibal, a gathering of opposition parties was held in his house. Besides the opposition party members, G-23 members like veteran Congress leader Gulam Nabi Azad, party MP Shashi Tharoor, Bhupendra Singh Hooda, Anand Sharma, Manish Tewari and P Chidambaram were present at the meeting. But none of the Gandhi family was present. Akhilesh Yadav and Lalu Yadav stressed on strong and united opposition against BJP while both leaders added that Congress should use the experience of leaders like Kapil Sibal. How to take on the current government was the discussion at the dinner table.

Addressing the meeting Sonia Gandhi said, "We all have our compulsions, but clearly, a time has come when the interests of our nation demand that we rise above them”. She also stressed that “there is simply no alternative to working cohesively together." Some concrete and practical suggestions were proposed by the participants: forming a core committee to focus on the issues of the people; inviting the political parties that are not aligned to the Congress; and offering an alternative vision to counter the vision offered by the BJP and RSS.

Absence of the representatives of Samajwadi Party, Bahujan Samajwadi Party and Aam Aadmi Party at the meeting exposed the cracks in the opposition unity.

It is heartening to note that the opposition political parties have become aware of the need for united action to take on the BJP because of the damage done by the present ruling dispensation to the nation and its people. The very fact that they have started talking to each other is a good beginning. But a united action by about two dozen parties having their own vested interests, and in some states conflicting interests, is a very difficult and complicated task, but not impossible, if they are ready to transcend their petty interests and focus on the interest of the nation and its people.

If the opposition unity is to be a reality and not simply a dream some concrete and time bound actions have to take place. As suggested at the last meeting, a coordination committee of the opposition parties is to be set up to implement the action plans.  First among the actions to be undertaken is exposing the failures and blunders of the BJP and the harm done to the nation and its people.

The opposition parties have an opportunity now to expose to the people the failures of the BJP government when the popularity of PM Modi is very low. According to the findings by India Today’s “Mood of the Nation” survey released on 16th August, Prime Minister Narendra Modi’s popularity rating has dropped from 66% to 24% in one year. Mishandling the second wave of Covid 19 is the main reason for the drop in the rating. Price rise and inflation and unemployment are other reasons. Still Narendra Modi continues to be at the top of the list of leaders favoured by people as the candidates for PM. Yogi Adityanath with 11% support is the second and Rahul Gandhi is the third with 10% support. The survey result indicates that taking on the BJP in spite of its huge failures is not an easy task.

Simply attacking the Modi government cannot win the confidence of the people. People should be convinced that the opposition parties would be able to stay together and solve the crucial problems faced by them once they are elected to rule the country. The united opposition parties have to present an alternative vision and programme focussing on the issues of the people. Employment creation, controlling price rise, improving health care substantially against the backdrop of the cracking health care system during the second wave of the pandemic and providing quality education to all should be the top priorities of the common programme of the opposition parties. The BJP may continue to concentrate on emotional issues to hoodwink people, but the opposition should not fall into the BJP’s trap.

As Mahatma Gandhi energized the Congress party and transformed it into a mass movement after his return from South Africa to India by taking up the issues of the common people, the opposition parties, especially the Congress, have to take up the issues affecting the lives of people. The opposition parties have to enter into a dialogue with the striking farmers and extend to them the needed support. As unemployment and livelihood is a serious issue of people as a result of the pandemic and the frequent lockdowns, the opposition parties can put pressure on the government to provide additional financial support to Micro, Small and Medium industries in view of generating more employment. Taking up the issues affecting the day to day life of people is an effective means to counter the strategy of the BJP to blow up emotional and divisive issues related religion and caste.

A coalition of the opposition parties need not have any new vision. They have to reiterate the vision of India as enshrined in the preamble of Indian Constitution and promise to the people to restore the core constitutional values and rebuild the institutions of democracy that are already emaciated. During the last seven years India has witnessed the breakdown of the Rule of Law. Hence restoring the Rule of Law and reforming the criminal justice delivery system should be part of the plan to strengthen the democratic institutions.

Similarly, allowing the investigation agencies like CBI, NIA, ED etc, to function impartially by guaranteeing them functional autonomy also should be part of reinforcing democratic institutions.

Many opposition parties have more or less accepted the fact that no opposition unity will be workable and effective without the leadership of the Congress because Congress is the only political party other than the BJP that has got a pan Indian presence. In the states like Madhya Pradesh, Rajasthan, Chhattisgarh, Uttarakhand, Himachal Pradesh and Haryana, the Congress is in direct fight with the BJP.  Hence reinventing the Congress and strengthening it is the first and foremost condition if any opposition unity is to become a reality. National Conference chief Dr. Farooq Abdullah on more than one occasion said that the Congress must unite and set its house in order. The Shiromani Akali Dal (SAD) representative at the meeting called by Kabil Sibal told the G-23 leaders to fix the leadership issue within the Congress first before attempting an opposition unity for 2024.

The latest survey of India Today’s “Mood of the Nation” has brought to light that Rahul Gandhi is the only politician among the opposition leaders who can take on Narendra Modi in the present political scenario. Hence time is running out for Rahul Gandhi to take the leadership of the Congress party and lead the party from the front instead of backseat driving. Backseat driving has proved to be disastrous electorally for the Congress.

In the words of Yogendra Yadav “the opposition needs to demonstrate a unity of purpose, a shared agenda (not just a hastily drawn up minimum programme) that inspires hope, an alternative approach to governance, a capacity to work together by subordinating their differences”. If this has to happen, the Congress party has to lead the process of bringing together like-minded opposition parties first by deciding on its leader, and giving due respect to other opposition parties by accommodating their views and interests within the framework of commonly accepted programmes and priorities. Otherwise opposition unity will be a mirage.