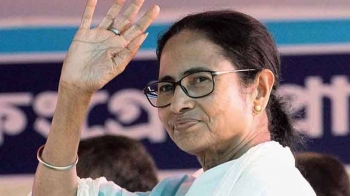 The landslide victory of Mamata Banerjee’s Trinamool Congress has established that money and muscle power alone cannot win the confidence of the masses; people’s trust has to be gained by becoming one with them.

Didi is a household name and it is her identity not only as a political personality but also as a daughter of the State that helped her make a mark in the history of modern Bengal, with a hat-trick win, after bringing to an end 34 years of Communist reign in the State.

Emerging as a street-fighter who took to hunger strike in Singur and protests in Nandigram, she was not afraid of going back to the street to fight for what she considered was the greatest interest of the people.
From the start of the 2021 Assembly election campaign, assisted by poll strategist Prashant Kishore, one of the focuses of the campaign was the ‘insider’ versus the ‘outsider’ slogan. Thus, two of the most frequently seen advertisements on billboards in the State were: ‘Bangla tar nijer meyeke chai’ (Bengal wants her own daughter) and ‘Agami diner dak, Bangla meyeder hate thak’ (the call of tomorrow is that Bengal should be in the hands of her daughters).

This also implied that the predominant election campaigners of the BJP were ‘outsiders’ including Prime Minister Narendra Modi, Home Minister Amit Shah, and President of the BJP, J. P. Nadda. The BJP turf in Bengal did not have any charismatic leader to take care of the campaign in the State, and the party had to rely on the Delhi heavy-weights whose charisma was supposed to do miracles.

While there have been so many scandals, bringing discredit to her administration during the past two terms as the Chief Minister, including the much talked about Sarada (chit-fund) to Narada (sting operation on bribery), there is no scandal per se which could tarnish Didi’s image; often it has been seen that some of the party members indulged in unholy alliances with mafia and anti-social elements to make some quick money in the name of the party. Thus, the accusations of the BJP on TMC members as extortionists and corrupt were not without base.

Defeating the ‘formidable’ Bhartiya Janata Party, as Prashant Kishore says, has only made the much-loved daughter of the soil rough and tough, literally going through rough weather created by the high and mighty from the national capital.

The fight had not been easy for the all too ordinary woman in plain cotton saree and hawai chappal, as she struggled to show to the Bengali collective consciousness that it is their identity as one family that is under threat. They were told of the danger of being pushed into a monolithic culture and religion they are averse to.

Many are disappointed over the fact that Mamata Banerjee, while gaining 213 seats out of 292 (two seats are yet to go for election due to the death of contestants), has lost her seat at Nandigram to her former-lieutenant Suvendu Adhikari who had joined the BJP in December 2020. However, she has become the Chief Minister as she needs to be elected to the Assembly only within six months. There is nothing which prevents the popular leader from being elected during this period.

One may argue that this is a loss of face for Mamata and her party; but it is not so; Mamata chose to contest from Nandigram to show to Bengal and the nation that there is no formidable force she cannot take on. The TMC has complained regarding malpractices in the counting of votes in Nandigram and had sought recounting of votes from the Election Commission of India which refused to accept the request. Mamata said she would knock the doors of the Court seeking recounting of votes.

The sudden rise of the BJP in Bengal, with the defection of heavy-weight lieutenants of Mamata Banerjee, including Mukul Roy and Suvendu Adhikari, is said to have been due to an assured protection for these defectors from the numerous Central Bureau of Investigation’s cases which are collecting dust on the table of the Home Ministry. They are also aware of the protection and patronage they could enjoy if they were to make the BJP’s dream of winning Bengal come true.

It is believed that the defection of some of the most prominent leaders of TMC and their joining the communally tainted BJP had done good, albeit indirectly, to TMC, which had been purged off the bad elements, so that the faithful ones remained with the party.

It is true that the BJP has done well given their late arrival in Bengal, and if Mamata and her team were not alert to its challenge, the latter might have been swept away by the former. Such a scenario would have spelt doom for the people as BJP believes in deciding what people should do, what they eat, where they go, and what religious faith they practice. Prashant Kishore put it squarely when he said: The BJP wanted to take absolute control of the mindscape of the people after they make them win the elections.

As many political and poll analysts pointed out, the defectors had failed to realize that it was not their position as the second or third in command after the fire-brand Didi that made them successful in their hitherto political career, but their proximity to their leader who had unhindered access to the masses, and a home-grown charisma to lead.

The BJP had not left any stone unturned to win the people of Bengal in the name of the religion of the majority, polarization of the people in the name of caste and creed, posing to turn Bengal into a ‘Golden Bengal’ (sonar bangla) from what it is today. The frequent presence of Prime Minister Narendra Modi and Home Minister Amit Shah in election campaigning in Bengal was unprecedented.

One can say that in the recent past, there had been no Prime Minister who had been so preoccupied with the election campaign on behalf of his party as the present one. If one may say, for the Prime Minister winning Bengal for the party had become more important than safeguarding the interests of the citizens from the impending second wave of corona virus; he had even boasted about the large number of people who had attended his election rallies in Bengal with no regard for Covid protocol.

The BJP had apparently spent huge resources, both money and muscle, for winning Bengal; the chartered flights that descended on Bengal during the long duration of election campaign show that the party wanted to have Bengal in its kitty by hook or by crook. Thankfully, the Electronic Voting Machines (EVMs), which used to be a cause of concern for the non-BJP parties during elections, did not seem to let the formula of ‘one-nation, one-party’ to be successful in Bengal polls.

The role of the Election Commission of India, which is expected to be a non-partisan, impartial entity by itself, seemed to have been tutored by the high-command in New Delhi. Hence, in order to make things favourable for the Prime Minister and the Home Minister, eight-phase election was imposed on Bengal, thus letting coronavirus spread like wild fire in the State. The ECI also did not take any serious step to curb mass gathering as per Covid protocol.

The observation of Madras High Court making the Election Commission responsible for the spread of coronavirus and the death of so many people in the State is justified. Unfortunately, the Election Commission seemed to work under the instruction of the ruling party at the Centre, with least care for the welfare of the people. It is sad that there are few high-ranking officials in the ECI who could come anywhere near T. N. Seshan, the former Chief Election Commissioner, who had shown what it means to be impartial in conducting national elections.

What has happened in West Bengal is sure to change the political landscape of India, and rewrite the political history of the nation. The outcome of the Bengal elections has shown Mamata as one tall politician who can counter the high and mighty Modi-Shah duo, and prove that they are not undefeatable. The guts and grit of this 'Royal Bengal Tigress' ignite hope for a truly secular, sovereign, democratic nation.

As India would prepare for the Lok Sabha elections in 2024, the Third Front can put its trust in the ‘daughter of Bengal’ to change the government in the Centre. When the regional parties put their might together, there might be no power to withstand them, and the real fighter in Mamata will make sure that history is repeated, and this time at the national-level, giving the much needed credit to the power of the feminine, call it nari Shakti or matri Shakti.
It would not be surprising to see Mamata to don a different mantle at the national scenario and lead the country to greater heights in the years to come.

(The writer is a Jesuit priest of Calcutta Province, former editor of The Herald, and director of Chitrabani. He is a producer of Open Online Courses for UGC from Educational Multimedia Research Centre in Kolkata.)