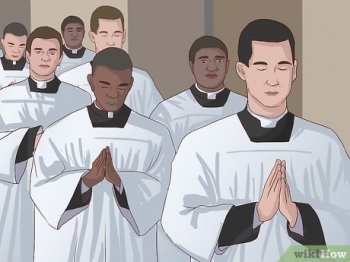 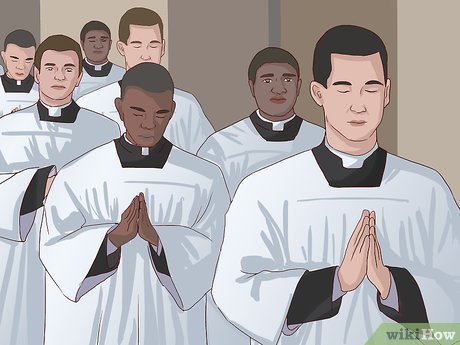 Priesthood is found in almost all religions. Bahai faith may be the only religion in which there is no clergy or priesthood and the responsibility of spiritual animation of the community is shared by all individuals, both men and women of the community. On the contrary, priesthood and priests play a crucial role in the Catholic Church. The administrative structure of the Catholic Church is hierarchical. Women are not ordained as priests in the Catholic Church. They are also almost excluded from administration or governance in the Church. Pope Francis recently appointed three women, two nuns and a lay woman, to the Dicastery of Bishops, the Vatican office responsible for evaluating new members of the Catholic Church’s hierarchy. This could be an opening for women to enter into the governance of the Church and later into the priestly ministry.

The traditional understanding of a priest in most of the religions is as a mediator between people and God. He offers sacrifices and prayers to God on behalf of people. The Second Vatican Council by describing the Church as “People of God” brought about a radical change in the understanding of priesthood. Pope Francis with his advice to Catholic priests on various occasions has brought about a paradigm shift in the understanding of priesthood. In 2013, speaking to priests, the Pope told them that they needed to be ‘shepherds with the smell of the sheep’. What he meant was that priests should go out and spend time with the people, not closed off in their churches, to go and listen, and serve and help others. Priests in the Catholic Church are expected to be facilitators of holistic growth/development of people, especially their spiritual growth.

The Catholic Church is facing unprecedented challenges in many parts of the world, including India. The formation of priests or seminary formation has to undergo a radical change in view of preparing the future priests to face challenges creatively and effectively. Hence it is very significant that the seminarians should have clarity about what they should be or the type of priests they are going to be.

Image of a Catholic Priest

Secondly, a Catholic priest is expected to be a facilitator of the Kingdom of God or Reign of God, the Vision of Jesus. Reign of God is not a place but a situation in which God is accepted as a loving Father and all human beings as brothers and sisters with equal rights, opportunities and respect for human dignity. A priest must be able to create an environment of the reign of God in any situation in which he is placed.

Thirdly, Jesus became a priest by doing the will of God, leading a life of justice, peace and kindness.  Doing the will of God took the place of sacrifice in the life of Jesus. What God wants is not sacrifice, but justice, and sharing with the needy and the suffering. Against this backdrop it is pertinent to recall the words of Isaiah. “Learn to do good; seek justice, correct oppression; bring justice to the fatherless, and plead the widow's cause,” (Isaiah 1:17).

Fourthly, the role of a Catholic priest is that of a good shepherd. Jesus qualified himself as a Good Shepherd and says that a hired servant runs away, leaving the sheep when the wolf comes because he doesn’t care for the sheep. According to Jn, 10:11-16, the qualities of a good shepherd are knowing each sheep, caring for the sheep and readiness to do any sacrifice, including giving one's life.

In the context of India today, a Catholic priest is expected to be an animator and a leader not only in the institution or parish he works, but in the geographical area where he is and he should be a leader of all irrespective of the religion of the people. As a leader he is expected to have the following:

•      Clarity of vision and mission
•      Practice of the core values of Jesus
•      Inclusive approach -- respect people belonging to all religions, castes and cultures
•      Excellent communication skills
•      Confident to interact with all kinds of people
•      Place people ahead of rituals and schedules
•      Be acquainted with developments taking place in India and the world
•      Skills to analyse social issues
•      An ambassador of peace and justice
•      A team builder
•      To be in communion with God through contemplation

In a situation where the poor and the marginalized are neglected and their socio-economic condition is deteriorating and human rights and fundamental rights of citizens are violated, the disciples of Jesus, especially the priests cannot be satisfied with doing routine rituals and some charitable activities.

3) The disciples of Jesus/ priests are to join hands with civil society organizations that oppose the government policies and actions that violate the constitution of India and the fundamental right of people, the policies that are discriminative and contribute to widening the gap between the rich and the poor, the policies that lead to large scale displacement of people and destruction of environment.

4) The disciples of Jesus/priests have to give up all discriminatory and exclusive practices. They should become role models of practicing the core Indian constitutional value of equality. Women are to be included in the administrative bodies in the Church organizations and institutions. Evangelization is to become salt by giving taste, by preserving society from corrupt practices, by physical, emotional and spiritual healing and by nurturing, especially, the weak and the last in society.

6) A pluralistic atmosphere is to be created in all Christian institutions meant for the public by conducting inter-faith prayer instead of conducting only Christian prayers, exhibiting the symbols and quotes from all religions in view of promoting universal values like love, forgiveness, compassion, justice, equality etc.

b) Instil in the seminarians the habit of reading newspapers daily without fail, especially reading editorials and lead articles, news magazines and inspirational books.

d) Make socio-political issues subject of meditation/contemplation and ask the question, “What would Jesus do, if he were here today?” This is another means to grow in awareness about social issues. This will help the seminarian to respond to the issues in his own situation.

f) Organize exposure visits to the life situations of the people. They are not only opportunities to become aware of the issues but also to experience the effects of the issues on the people.

g) The regency period is to be recast in such a way that the seminarians should work and earn their livelihood by staying in a rented premise and at the same time being in touch with seminary authorities by giving monthly or bi-monthly reports and getting guidance from their spiritual guides. They may stay in a group of two or three.

A priest who is limited to performing prayers and rituals of a Christian community will not be able to influence the wider society as salt and light. As a special disciple of Jesus, his responsibility is to facilitate the reign of God in the context in which he is placed. This requires a spirituality that appreciates the core values of different faiths, an attitude to learn from other faiths and cultures, knowledge and skills to analyze the various forces that affect society and readiness to initiate relevant interventions to bring about changes in society.