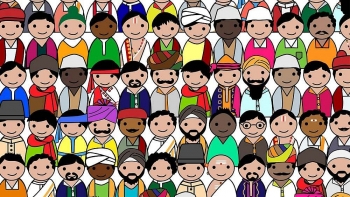 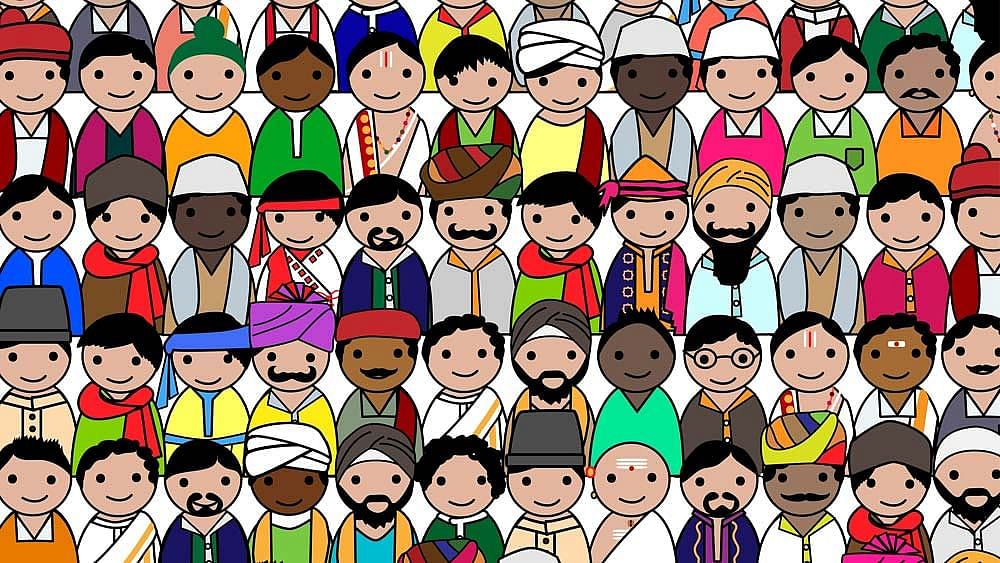 Pew Research Centre’s latest report titled “Religious Composition of India” has exposed the falsehood of the accusation that religious conversion is changing the religious demography of India. The Pew study is based on data available in India's decennial census and the National Family Health Survey (NFHS), and it examines how the country's religious composition has changed, and the main reasons behind the changes.

The report clearly says, “Despite public perception and media optics in India, conversion was found to be a negligible factor for changes in religious demographic”. The marginal numbers that do witch from India’s religions are balanced by those who switch into them. For example, while 0.7% Hindus switched to other religions, 0.8% switched into it.

According to Dr Stephanie Kramer, senior researcher at Pew and the lead researcher of the report, In the US, conversion is really driving religious composition of the population. Christianity declined from 77% of the population in 2009 to 65% in 2018-19 whereas the religiously unaffiliated population grew from 17% to 26% over the same period. Many people have discarded Christianity as an identity and started presenting them as atheist or agnostic. But in the case of India, only a few Indians are in the unaffiliated category. Globally “none” is the third most common religious affiliation after Christians and Muslims.

The findings of this survey will be useful to steer clear of certain prejudices and wild accusations which are being used by certain political parties in India to polarize people.  The analysis of data is done from three aspects: birth, migration and conversion, as they are the three factors affecting the demography in India. According to the authors of the report, migration and conversion are not major factors affecting religious demography in India. More than 99% of people who live in India were born in India. Migrants leaving India outnumber immigrants, three- to-one, and religious minorities are more likely than Hindus to leave.   Fertility has been the major factor in deciding the demography in India. The study examines the fertility rates of the three major religious groups: Hindus, Muslims and Christians.

As per the report, there has been only a “modest” change in India’s religious demography since 1951: Hindus decreased from 84.1 percent to 79.8 percent while Muslims have increased from 9.8 percent to 14.2 percent. The other groups held fairly steady.

At the same time, the findings of the survey show that the fertility rates of all religious groups have steeply declined. Contrary to the propaganda and the general perception, among religious groups, Muslims have seen the greatest decline in fertility rates from 4.4 in 1951 to 2.6 percent in 2015, though their current rate continues to be the highest. The average fertility rates for Muslims, Hindus, and Christians in 1992 were 4.4, 3.3, and 2.9 percent respectively.  Today, it is 2.6, 2.1, and 2.0 percent respectively for Muslims, Hindus and Christians. The difference in the fertility rate between Muslims and Hindus narrowed down from 1.1 to 0.5% within a period of 65 years.

The report has highlighted the impact of education on the fertility rate. The women who opt to go for higher education tend to marry later and have their first child later. Education also often leads to employment and greater access to family planning resources, both of which tend to limit fertility.

Population growth is driven also by the fact that groups with younger population have more women "entering their prime childbearing years and, as a result, tend to grow faster than the older populations". As of 2020, the study says, Hindus have a median age of 29, compared with 24 for Muslims and 31 for Christians.

The study also has exploded the myth of population explosion in India. India's overall fertility rate has been declining steeply in recent decades - an average Indian woman is expected to have 2.2 children in her lifetime. That's higher than rates in countries such as the US (1.6), but lower than India's rate in 1992 (3.4) or 1950 (5.9).

The study report has some takeaways for policy makers and political and religious leaders of India. No government should make laws or formulate policies based on prejudices and presumptions, but they should be based on facts and data analysis. According to article 51A (h), of Indian Constitution, one of the fundamental duties of Indian citizens is developing “scientific temper, humanism and the spirit of inquiry and reform”.  The political and religious leaders have a great responsibility to develop scientific temper in them and motivate others to develop the same in them also. Unfortunately many of our leaders have failed in their duty.

First of all, the study demonstrates that the allegations of large scale conversion of Hindus to Islam and Christianity by certain political parties and right wing organizations have no scientific basis. Based on some isolated incidents, allegations of religious conversion are made to divide the people and create a kind of fear psychosis in the majority community.

The BJP ruled states Uttar Pradesh, Himachal Pradesh, Uttarakhand, Madhya Pradesh and Gujarat have passed “love jihad laws”. They are anti-conversion laws that outlaw religious conversion solely for the purpose of marriage. A common feature of all these laws is the declaration of such marriages as “null and void” and penalizing of conversion done without the prior approval of the state. Under the new laws, it would be the responsibility of the one going for the religious conversion to prove that it is not taking place forcefully or with any fraudulent means.

The Indian Express in its editorial on Nov. 26, 2020 wrote the following as the dangers of a law based on “love jihad”. “Allowing the police to examine subjective “intentions” of men and women entering a marriage veers into thought control — and sets the law up for rampant abuse. It also legitimises a rank communal fantasy — the alleged conspiracy by virile Muslim men to lure and convert gullible Hindu women. It continues the cynical politics that seeks to marshal Hindu unity by stoking the anxieties about the Muslim Other — and enshrines it in law”.

These laws were passed without making any systematic study about the phenomenon of “love jihad”, an invention of the Sangh Parivar. In February 2020, junior Home Minister Kishan Reddy told parliament, “The term ‘Love Jihad’ is not defined under the extant laws.

No such case of ‘Love Jihad’ has been reported by any of the central agencies.” He also added, “Article 25 of the Constitution provides for the freedom to profess, practice and propagate religion subject to public order, morality and health. Various courts have upheld this view including the Kerala High Court”.

It is very unfortunate that some religious leaders belonging to a Christian community in Kerala have repeated the allegation of “love jihad” without giving any proof like the number and names of Christian girls who were lured and treacherously married by Muslim men.

These allegations have triggered communal tension between Christian and Muslim communities in Kerala.

Secondly, the study has brought to light that fertility rate depends on various factors. Linking it only to religion is a false and unscientific approach. Empowerment of women through education, employment etc, is a very important factor in deciding the fertility rate. The literacy rate of Muslim females in India is only 51.9% which is lower than all other religious communities and it is even lower than the national average of female literacy. This could be one of the reasons for the relatively high fertility rate in Muslim women. However, the sharp decline in the fertility rate in Muslim women in India disproves the allegation that the Muslims are multiplying their population in order to overtake the Hindu population. This allegation is nothing but malicious.

Thirdly, the proposal to bring in a law to limit the number of children to two, and punish the couple who have more than two children is totally unwarranted because at present there is no population explosion in India. Pew Research Centre’s report clearly indicates that the population of India is moving towards replacement level. In some states the population growth is below the replacement level. Empowering women through improved education and health care is the best means to ensure population control.

Some political and religious leaders have unnecessarily raised the issue of religious conversion through mixed marriages between Muslim men and women belonging to other faiths without any concrete proof. In a pluralist country like India mixed marriages will contribute to unity in diversity. Those who raise the issue of religious conversion through force and fraudulent means have their selfish agenda and vested interests. They may reject the Pew report; but the report is very useful to educate the general public.