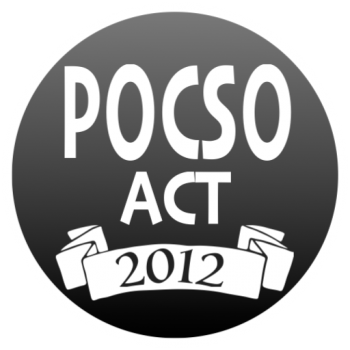 November 14 is celebrated as Children’s Day. However, only a few remember that a decade ago, an important legislation affecting the rights of the child, was enforced on that day. It is none other than the Protection of Children from Sexual Offences (POCSO) Act. Yes, a decade has passed since the law came into force. It has proved a game changer for promoting and protecting a child’s right to a safe and happy childhood.

It provides for protection of children from sexual assault, sexual harassment and pornography while safeguarding their interests at every stage of judicial process by developing child-friendly procedures for reporting, evidence collection, investigation and speedy trial.

Before 2012, the cases of child sexual abuse were handled under the Indian Penal Code (IPC), which had no clear definition of the crime. Not only this, crime against male children was not recognised in the Act. Children were given protection under the same provisions which were applicable in the case of adults. In other words, the IPC did not take into account the special status of children and their needs.

In view of the increasing rate in crime against children, a need was felt to have a separate law for children. In fact, Goa was the only state which had a special law back in 2012. Over the last one decade, the Act has certainly facilitated better reporting of crime, if one goes by the NCRB data. An analysis of the NCRB data shows an increase of 36 percent in POCSO cases from 34,449 cases in 2014 to 53,874 cases in 2021. Over these years, POCSO cases form more than 35 percent of the total cases of crime against children.

Being a country with over 44 crore children, child sexual abuse continues to be a serious and widespread issue in India. Many studies have shown that the trauma victims of child sexual abuse go through remains deeply embedded in their lives, leading to psychological and emotional disorders, affecting their overall growth and development.

Not only this, it has also been seen that such victims often find it difficult to accept and trust anyone. The indelible scars due to emotional trauma affect their personal and sexual lives when they grow up. The survivors often face higher levels of depression, guilt, shame, self-blame, low self-esteem, eating disorders, somatic concerns, anxiety, dissociative patterns, repression, denial, sexual problems, and relationship problems.

Since the magnitude and the effect of crime are far-reaching, the law has provided stricter punishment for various types of child sexual abuse. However, one of the biggest challenges that we often come across is lack of reporting. People generally try to suppress such cases. In more than 80 percent of the cases, the perpetrator often is a family member or a close associate.

The fear of losing respect and dignity, social stigma, community denial, lengthy and cumbersome legal procedures associated with the crime force many children and parents to suppress information. It encourages the perpetrator to continue the crime and evade law with impunity.

Over the last decade, parents and family members have certainly become aware of the crime and its effects, which has led to increased reporting but it is nowhere close to the actual reality on the ground. Globally, it has been estimated that three out of four children (1.7 billion) have experienced violence, abuse or cruelty in their daily lives in the previous year, irrespective of the economic status of the country. Simply put, child sexual abuse is prevalent in almost all countries, whether rich or poor. The annual cost associated with physical, sexual and psychological violence against children has been estimated to be around 8 percent, which is US $7 trillion!

In the case of unnatural offences (POCSO read with Section 377 IPC), 90 percent of the victims were boys. The most worrying trend that one can observe from the NCRB data is that cases of penetrative sexual assault and aggravated penetrative sexual assault has increased by 290 percent from 2017 to 2021. How much has POCSO succeeded in giving justice to the victims, considering the fact that it provided for speedy disposal of cases?

Well, this is one area, which needs a lot of attention. As per law, the case needs to be first disposed of at the Police-level by issuing a chargesheet and then at the court-level by either convicting or acquitting the accused. As far as the chargesheet is concerned, the police have been filing chargesheet in around 94 percent of the cases. The pendency rate has reduced from 31.8 percent in 2016 to 27.8 percent in 2021.

However, the conviction rate has been abysmally low at less than 40 percent! The pendency of court cases has increased considerably. All this questions the claim of speedy trial and justice delivery. The setting up of fast-track courts has not helped much. In fact, over 2.26 lakh POCSO cases were pending in POCSO courts as of January 31, 2022 as per a response given in the Lok Sabha in March 2022.

Worse, despite 10 years of the implementation of the Act, there have been glaring gaps in the investigation procedure followed by the police. In fact, in 2020, the Kerala High Court while taking note of lack of professionalism in handling POCSO cases, issued general directions for investigation and trial in such cases. In many cases, the identity of the victim has been revealed by none other than the investigating officers!

Not only this, in the case of child rapes, two-finger tests continue to be conducted despite strict ban imposed by the Supreme Court. The test involves insertion of two fingers into the victim’s vagina to assess the “laxity of vaginal muscle and examine the hymen”.

The test has no scientific value to prove rape. Yet, it continues to be conducted. Imagine how traumatic it would be for the victim to get this examination done. The rape kits specifically designed to collect forensic sample are not readily available. In a recent case in Uttar Pradesh, the father of the minor girl, who was brutally raped, was asked to buy the kit at an exorbitant price!

To add to the woes, there have been several conflicting High Court judgements, in the cases of consensual sex amongst children below 18 years of age. For instance, the Meghalaya High Court acquitted the accused on the ground of consensual relationship. In another case, where the victim, a minor, married the accused voluntarily, the Allahabad High Court denied bail to the accused by taking the stand that “consent by minor is no consent in the eyes of law.”

In fact, consensual relationships have been a grey area under POCSO. As per a report published by UNICEF, India has around 223 million child brides in India. Although the legal age for marriage is 18 years, many personal laws allow children to be married much before the legal age. The provisions of POCSO makes it mandatory to inform the special juvenile police unit or the local police immediately after information about the commission of any offence under the Act.

Of late, the Supreme court also made it mandatory for doctors to report every case where a minor is found to be pregnant. Now this does more harm than good to the victim as the partner gets arrested immediately under POCSO. Once a person is arrested, it is difficult to get bail as offences under the Act are non-bailable in nature. The situation is no different in case of unmarried couples having consensual relationships between two minors. In case they are above 16 years, there are chances that they shall be tried as adults under the Juvenile Justice Act!

While the Act has certainly recognised the special status of the child, a lot needs to be done to resolve several contentious issues.