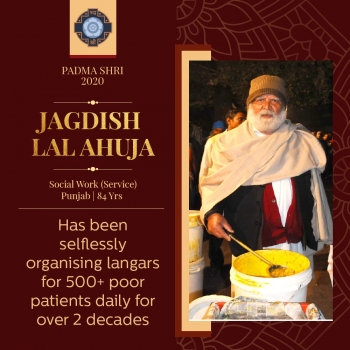 Points To Ponder : He starved then, now he feeds 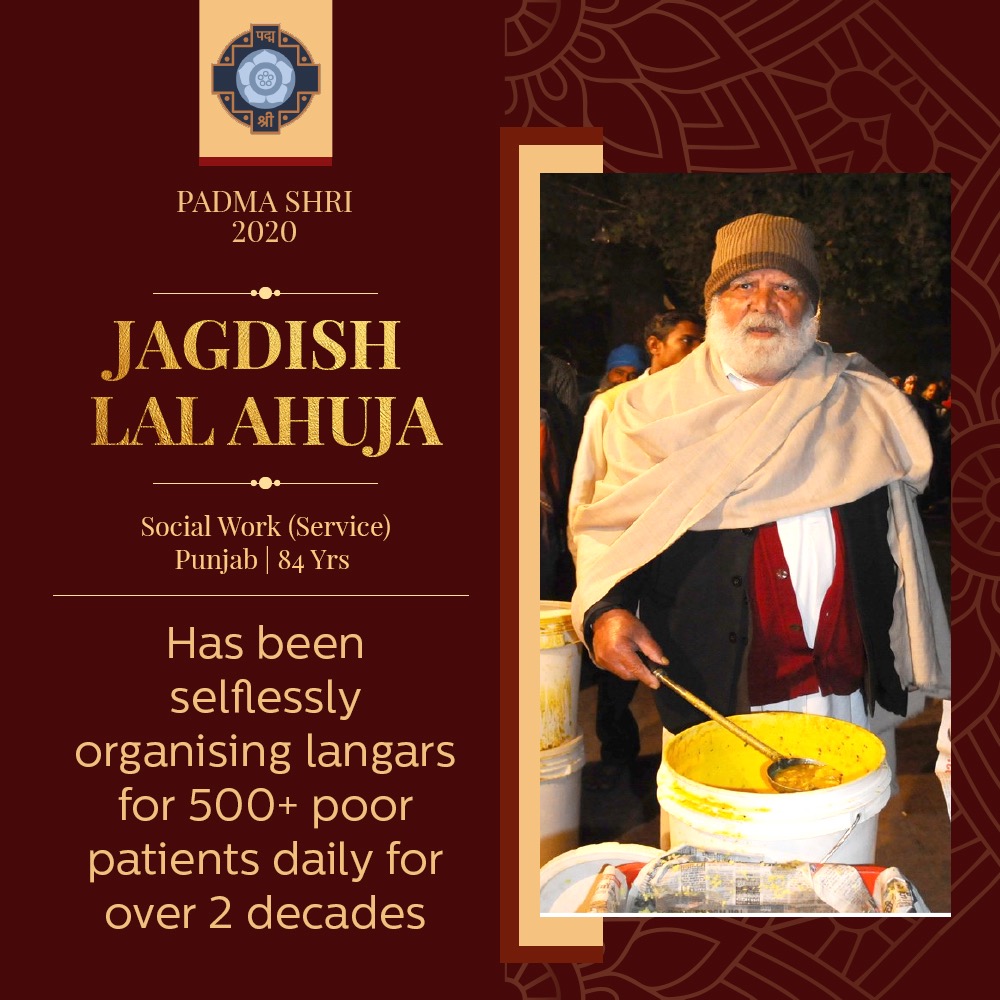 At the time of Partition in 1947, the 12 year old boy accompanied his Muslim parents from Peshawar in Pakistan to India. These refugees were first sheltered in Patiala camp. Later they were shifted to Amritsar and Mansa.

To survive, Jagdish Lal Ahuja joined his parents in selling candies, bananas and moong dal in buses and pavements. They would then purchase two kg of moong dal for one rupee and make a number of packets out of them. Due to this survival problem, he could not go to school.

With the meagre savings of Rs 415 they then moved to Chandigarh. Due to his hard work and God’s blessings, Jagdish gradually became a successful businessman there.

When the family celebrated his birthday, Jagdish realised that there are many others who do not have even food. So he offered food to the needy.  That gesture gave him a special joy. Realising his miserable childhood days, the businessman decided to help others.

When Jagdish was admitted for stomach cancer in January 2000 at PGIMER, he began to feed the needy patients and offered them also blankets and clothes. “The idea to start langar (free kitchen) was my inner voice,” he says. “I had faced poverty and starvation. When I thought I am capable of feeding others, I decided to start langar service.”

Now about 2500 people are freely fed everyday outside PGIMER and GMCH, two big hospitals in Chandigarh for the last two decades. They are offered rice, dal, chapatti, vegetable, halwa and banana. Snacks and biscuits are provided to cancer patients. Toffees and balloons are distributed to children. He began to be known as Langar Baba. For that the self-made billionaire had to sell off his property. Supporting him, his wife Nirmala also has joined in his charities.

The 85 years old Jagdish was one day in 2020 surprised when he received a call from Delhi that he was selected for the prestigious Padma Shri Award for serving langar to hundreds of needy for the last two decades.   He did not know who had recommended his name for the prestigious country’s fourth highest civilian award and how the government had accepted it.

His wife Nirmala says, “I have been always proud of my husband and his commitment to serve the poor and needy.”

After receiving the award, Jagdish remarked, “I still believe in simplicity and will continue to live a common man’s life.”

The businessman wants this free langar to continue even after his death.

“Feed the poor and get rich. Or feed the rich and get poor”
– Col. Harlan Sanders