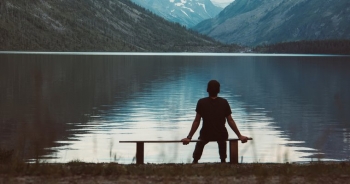 In the Chandogya Upanisad, we have the following lines: “As vast as the space outside is the space at the center of the heart; within it are all the worlds, heaven and earth, fire and wind, sun and moon, lighting and stars ...everything.”

The Upanishads is the Hindu sacred book expounding the Vedas. The literal meaning of Upanishad is: ‘sitting at the feet of a master’. Naturally in the Upanishad one can find only words of wisdom from the guru to guide the disciple. To reflect upon the above words, one will be wonder-stuck at the value, power, length, breadth, height, depth, and capacity of the human heart. Human heart is the whole creation in miniature. It is in space, but not limited to space; it is a created reality, but is the crown of creation; it is space but microscopic, or better still it is beyond sensory vision; it is sensible, but it cannot be limited to the senses; it is organic, but much beyond being organic; it has the power of created realities, but it is unlike any other realities; it is at the center of the human heart, but it cannot be physically touched; its dimensions are so to say not limited; it can go beyond physical barriers or limitations; it has an origin by birth of the human being, and it grows gradually; its capacity is magnanimous; given the proper means of growth it expands to the outer space; as it grows, it also contains everything in the universe.

Studies in the fields of sciences like cosmology, heavenly bodies,  milky way, solar system, stars, advanced studies on earth and all the related factors, the threatening development of studies on atom, its positive and negative possibilities/dimension, research on the oceans, the marine world, the growing research in the space especially about the moon and the mars, as against the caption sky is the limit, (in the context of man crossing the space), the  advance of studies on human body, research on medicine in the context of the human and animal life, progress in the treatment of various diseases, rapid growth in technology, transportation of various  speeds, making headways in defense system, supersonic speed of communication, online course of studies and contacts, growth of digital  realm and the rising demise rate of print and paper, advances in sports and arts, all these are under the space of the Upanishads,  filling me with immense amazement. In this context the individual is to be regarded as the world in miniature.