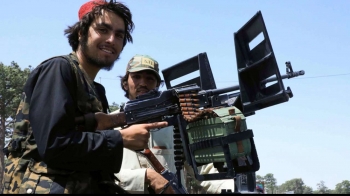 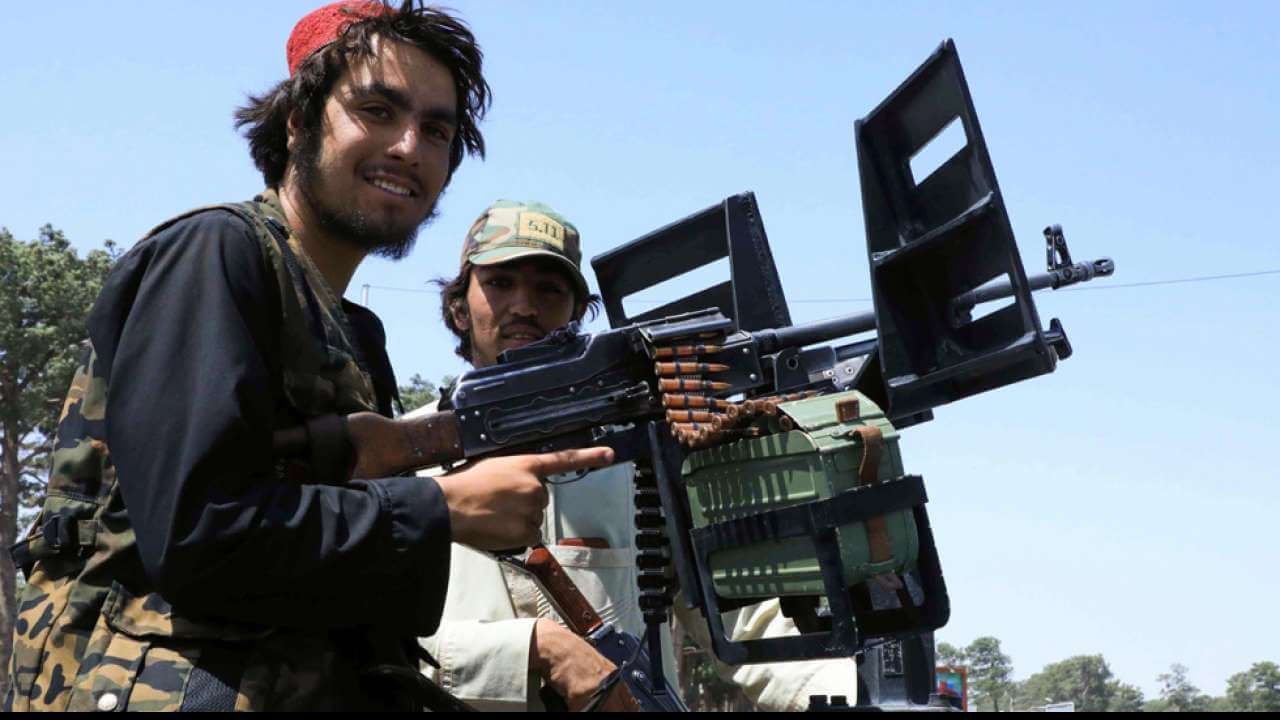 The scenes at Kabul airport on 16th August were heart wrenching as well as chilling:  crowds rushing to Kabul’s Hamid Karzai International Airport; vehicles jamming the road leading to the airport; American military personnel firing in the air to scare away people; people scrambling up a ladder to board a parked plane; several people running alongside an American military aircraft that was taking off; some mounting on to its wheels and at least two falling from the skies. Another pathetic scene was 640 Afghans herded in a US Air Force plane C-17 Global Master III.  All these happened because people wanted to flee from Afghanistan after its takeover by the Taliban. People are terrified of the cruelties the Taliban might inflict on them.

The people of Afghanistan had either experienced or heard about the terrible things done by the Taliban when it ruled the country from 1996 to 2001. Sharia, the Islamic religious law with punishments such as stoning, whipping and hanging in public, was imposed, and freedom for women was severely curtailed. Women could go out only with burqa covering head to toe and accompanied by a blood relative. It had banned television, music and cinema and disapproved of girls aged 10 and above going to school. The Taliban were accused of various human rights violations and cultural abuses. There are also some fresh reports that the Taliban fighters are forcing young women to marry them.

Although the Taliban leaders have declared general amnesty and said that they would respect human rights, including the rights of women to study and work, women in Afghanistan are shattered. They cannot believe what the Taliban say. “I am in a big shock. How can it be possible for me as a woman who has worked so hard and tried to learn and advance, to now have to hide myself and stay at home?” said an educated Afghan woman. “I feel we are like a bird which makes a nest for a living and spends all the time building it, but then suddenly and helplessly watches others destroy it,” said Zamina Kakar, a 26-year-old women’s rights activist in Kabul.

Taliban is one of the cruellest Islamic terrorist groups. Terrorist groups like Taliban, Al-Qaeda and Islamic State (IS) have roots in the radical or fundamentalist interpretation of Islam. Although there are differences among them, their growth is the result of fundamentalism. Fundamentalism and fundamentalists are found in all religions. But when they take control of social and political life of people, human rights are violated, basic freedoms are denied to people and brutal violence is unleashed on those who do not comply with their dictates.  Religious fundamentalism is the root of the Taliban.

1.    First, they are counter-modernists. They find their identity rooted in a past golden age and this identity is acted out in an attempt to restore that “golden past”. For example, for some Muslim fundamentalists Islamic golden age was the time of Mohammad and shortly after, and they want to restore that golden era.

2.    Second, they are generally assertive, clamorous, and often violent. Examples are the destruction of the Babri Masjid in 1992 and the consequent bloodshed; the Jews claiming their right to the biblical lands on the West Bank and violent conflicts between Israel and the Palestinians; the militancy, threats, intimidation and sometimes violence on the part of America’s Christian right; and Islamic bombings.

3.    Third, they believe that they are “the chosen”, “the Saved” and as such they are privileged or burdened with a special mission on behalf of their deity and for the benefit of the world. “To be chosen is to be marked for a superior fate; one is marked by virtue of being superior”. Some groups see themselves as having their superiority imputed to them by God.

4.    Fourth, they believe that public marks of distinction are not only needed to maintain their sense of superiority and distinctive identity but also to be considered unique and special. The examples for public marks are skullcaps, turbans, hijab, cross, skin markings, circumcision, food taboos, holy times, etc.

5.    Fifth, they also believe that theirs is the only one true religion and one correct way of life; and these must be defended against inroads from other religions and secularism. Religious pluralism is unacceptable to the fundamentalists. Since there is only one true way, it is under constant threat. The world is thus a place of persecution and a place where there is black and white, truth and error, God and Satan. There is no middle ground. “You are with us or against us”.

6.    Sixth, there is an inerrant holy book, prophet or charismatic leader to whom literal obedience is mandatory. The Vedas are said to contain scientific as well as spiritual truths. Literal interpretation of scriptures and obedience leave no room for uncertainty, no matter how uncertain the real world is.

7.    Seventh, law and authority come from God. Even civic law must derive from the holy books. “God’s law always triumphs human law”. Therefore, democracy is not a value for the fundamentalists.

8.    Eighth, female sexuality must be controlled and clear impassable boundaries must be established between men and women. Sexuality is controlled within the structure of the patriarchal family. Women are subordinated in marriage, reproduction, abortion, ordination, and access to education.

9.    Ninth, sexual behaviour is a major concern for all fundamentalists -- Christian, Jewish, Islamic -- without exception.

10.    Tenth, fundamentalism and nationalism converge. The moral life according to the will of God can only be fully lived in a society of fellow-practitioners of the belief. This can be achieved through God’s rule -- through the national executive and legislature itself. Hence the importance of bringing about a government that will prioritize the right morals and right culture for the nation, relegating other functions like economic development and welfare to secondary place.

Although some of these characteristics are found in most of the religions to different degrees, religious fundamentalists like Taliban exhibit all the above mentioned traits. They are fanatic about their beliefs and they impose them on others often using violence. Growth of fundamentalism in any religion is a threat to human rights, democracy and world peace. The fundamentalists believe that their religion is beyond any form of criticism, and should, therefore, be forced upon others.

Logical explanations and scientific evidence have no place in these belief systems, if they go against their religious beliefs. Fundamentalism shuts off the doors to the acceptance of modern ideas and scientific principles and exchange of thoughts among societies around the world.

How can religions be protected from the virus of fundamentalism and emergence of terrorist groups like the Taliban can be prevented? An interesting answer can be found in the book, “The Guru of Joy: Sri Sri Ravi Shankar, the Art of Living”, written by Francois Gautier.  As mentioned in the book, human beings have five major identities.

On the contrary, if they are able to transcend the lower identities and focus on the first two identities they can become spiritual. Jesus taught his disciples that God is a loving Father and all human beings are brothers and sisters, and his last commandment to them was, “Love one another as I have loved you”.

The spiritual values of most of the religions are love, forgiveness, compassion, justice, respecting every being etc. If the followers of any religion practice the spiritual values, they will be prevented from becoming fundamentalists. Jesus severely criticized the Jewish religious leaders, Scribes and Pharisees, because of their obsession with law and rituals. He chided them for neglecting the essentials like love and justice.

Solution to the rise of religious fundamentalism and emergence of religiously motivated terrorist groups like the Taliban is promotion of spirituality by focusing on the practice of the core values taught by all religions. If we, Indians, practise the sacred values enshrined in the preamble of the Constitution like justice, equality, liberty and fraternity that ensures individual dignity, fundamentalism and communalism can be kept away from our social and political life.