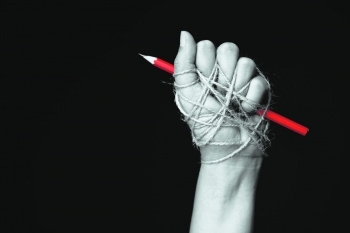 Press Freedom on a Slippery Slope 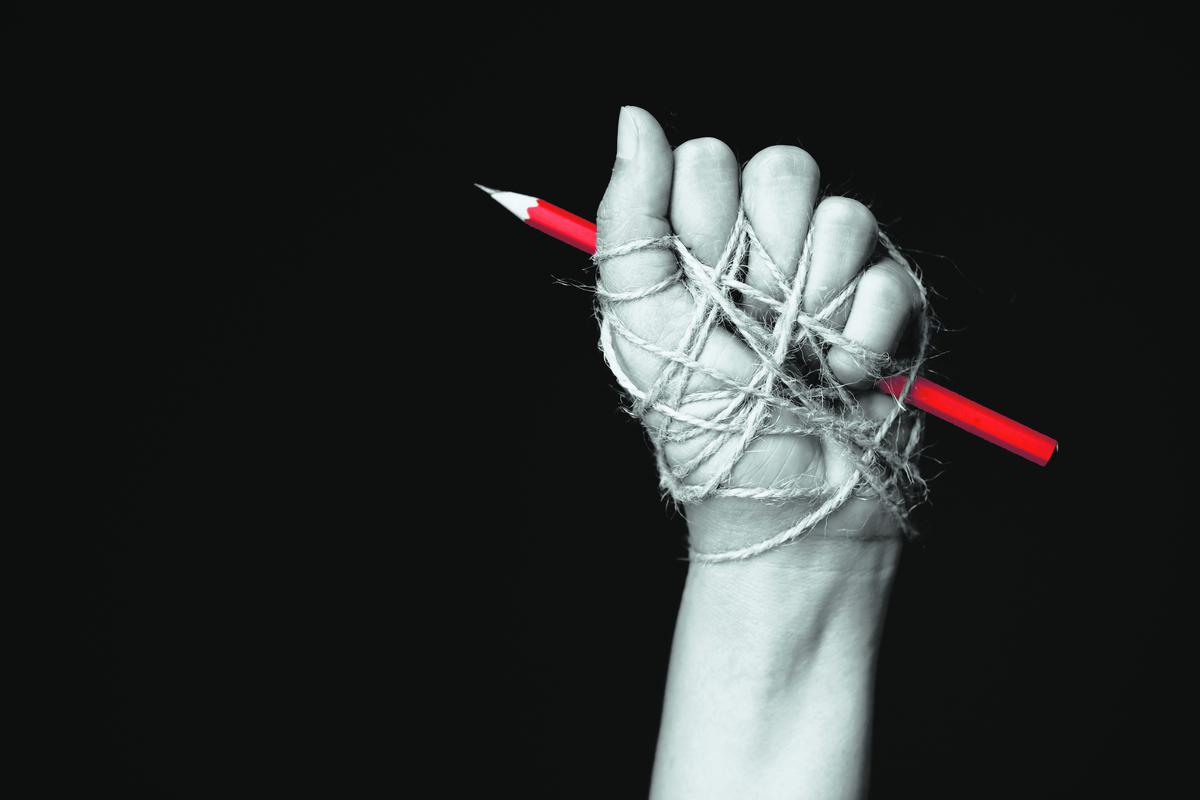 The US State Department in May 2022 noted that the Indian government “pressured or harassed media outlets” that were critical of it. The report, perhaps by design, came on the day Secretary of State Antony Blinken and Defence Secretary Lloyd Austin met Indian counterparts S Jaishankar and Rajnath Singh in New Delhi in the bilateral dialogue, and said the United States was monitoring increasing human rights abuses in India by government officials.

India is one of the deadliest countries for journalists in the world, said Daniel Bastard of Reporters Without Borders (RSF), commenting on India plunging from 142 position in 2021 to 150 in 2022 among 180 countries in the Press Freedom Index. The RSF report lambasts India for “violence against journalists, the politically partisan media and the concentration of media ownership,” which “all demonstrate that press freedom is in crisis.”

International and Indian observers have noted that the government continues to imprison journalists under draconian Acts like the Unlawful Activities Prevention Act [UAPA]. The colonial era sedition law, currently challenged in the Supreme Court, has been used to charge many journalists with sedition for offences such as a tweet or a Facebook post. Reporters were arrested for their despatches on conditions and corruption in hospitals. And recently, journalists were paraded in their underwear in a police station.

The Press Information Bureau of the Information and Broadcasting Ministry delayed the annual renewal of the Press Accreditation card of correspondents for three months, sending across ripples among the large press corps that covers the activities of the Central Government. The PIB guidelines contain various new provisions under which accreditation of a journalist can be revoked, many of which are arbitrary and without any due process of law. For instance, accreditation can be revoked if a journalist is “charged with a serious cognizable offence”, or if a journalist, “acts in a manner which is prejudicial to the sovereignty and integrity of India, the security of State, friendly relations with foreign states, public order, decency or morality or in relation to contempt of court, defamation or incitement to an offence”.

And as late as May, the government was sending notices of eviction to the Press Club of India, the Indian Women’s Press Association and the Foreign Correspondents’ Club which are housed in old bungalows leased from the Union Government. This has become an annual exercise, keeping the clubs, managed by working journalists themselves, on tenterhooks.

Just how is the Indian press coerced, abused, and incapacitated emerged from one of its kind investigations done by the Editors Guild of India in Tripura. The Editors Guild together with the National Alliance of Journalists, the Delhi Union of Journalists and he Press Club of India have been in the forefront of documenting and challenging excesses by government, police, and non-state actors on the media, and on individual journalists, across the country.

After reports of the Tripura government using draconian laws to deter journalists and civil society activists from reporting on the communal violence in the state began to cause a major concern, the EGI sent a three-member fact-finding team to the state. The members of the team were independent journalist Bharat Bhushan, General Secretary of the Editors’ Guild, Sanjay Kapoor, and Editor of ‘Imphal Review of Arts and Politics’ Pradip Phanjoubam. The team visited Tripura from November 28 to December 1, 2021. It met a cross-section of journalists, representatives of the state government, including the Chief Minister, ministers and the Director General of Police, as well as civil society activists, to assess the state of media freedom in Tripura.

In their detailed report, the committee concluded that the “Tripura Police and the administration have displayed lack of professionalism and integrity in dealing with the communal conflict and with those reporting on the issue. This makes them complicit in the growth of muscular majoritarianism that subverts democratic institutions. The result of this subversion of institutions has been visible everywhere.

“Grand conspiracy theories have been cooked up to show how independent journalism that exposes communal violence and the rise of Hindu majoritarianism is an attempt by the enemies of the state to undermine a democratically elected government. Hence, reporting and Tweeting -- law enforcement agencies claim -- about the violence in that state, is a criminal act. This is the reason why the police and the ruling party faithful see a design in the tweets and expectedly drag neighbouring Pakistan as being responsible in this exposure of social instability in Tripura when they dramatically confide in you -- one tweet is even from Pakistan.

“Ever since this matter blew up, the police and an insecure political leadership have used draconian laws like UAPA and the might of the police and a pliant judiciary to pulverize the civil society that includes the media -- mostly from outside the state. Fact-finding missions of Supreme Court lawyers have been served notices under UAPA for sharing their findings on the violence against minorities in a press conference! Women journalists were charged with incitement when they were performing their journalistic duty of asking questions from witnesses to the torching of mosques and shops.”

The Editors said: “While most state governments, especially those in smaller states, are given to pressuring the media, the attitude of the current Tripura government towards the media seems particularly egregious. While it has been able to condition and manipulate the local media to prevent free ex

The National Alliance of Journalists (NAJ) and the Delhi Union of Journalists demanded a comprehensive law to protect media persons from arbitrary arrests and prosecutions. They also asked for a broad-based Media Council for the entire media to replace the “toothless” Press Council, which has been without a chairperson for quite some time.

An important demand raised by working journalists is for an expert Media Commission of all stake holders to investigate the entire media spectrum as prevalent today besides going into ethical issues broadly in the lines of the First and Second Press Commissions when the emergent media and new monopolies and interests were less conspicuous.

Some of the issues proposed for enquiry are administrative and police excesses including jailing of journalists, false cases, raids, internet shutdowns, spyware, increasing moves to ‘regulate’ digital social media, trolling, widespread sexism, and abuse, besides job losses and the dismantling of labour laws. Endless judicial delays deny us justice for years together. Yet many intrepid media persons carry on speaking truth to power.

Journalists’ groups have pointed out that physical attacks and threats against media personnel have increased rapidly. The Editors Guild had repeatedly issued statements condemning such attacks. Raman Kashyap, a TV journalist who was reporting on Lakhimpur Kheri’s farmers protest on October 3, 2021, was killed along with eight others, in the violence that erupted after some vehicles were driven through the protesting farmers, allegedly under the instructions of Ashish Mishra, son of Union Minister of State, Ajay Kumar Mishra. Ashish Mishra is currently in jail, after the court cancelled his bail.

Media freedom continues to be impacted severely by government using access to the internet in very punitive manner. India holds a world record in the number of internet shutdowns. The digital rights group ‘Access Now’ calculates that Indian authorities shut down the internet at least 106 times in 2021.

The year also saw the sensational disclosure that the Israeli military spy software Pegasus, which can be sold only to government agencies, was used to target select senior journalists in the country known for their independence and fearless reportage.

National economic intelligence departments raided the offices of Newsclick, Newslaundry, both popular online media, and the offices of Bhaskar, a major newspaper chain. Media organisations have continued to highlight the severe impact of Covid, and the lockdown imposed by the government. Approximately 3,000 journalists lost their jobs in this period as new organisations cut their losses and trimmed operational staff. Many smaller newspapers closed. Legal challenges to some retrenchments are pending in the courts.

Among the more serious cases brought out by the EGI and others included the arrest of Fahad Shah, the editor of Kashmir Walla on 4 February 2022 on the specious ground of “glorifying terrorist activities and spreading fake news.” In Kashmir, where the media continues to be under stress, the government recently closed the Press Club, denying professionals a place to congregate.

Media groups have also continued to agitate the inhuman treatment being meted out to Kerala journalist Siddique Kappan, who has been in custody since October 2020 under UAPA, for trying to report on the rape and death of a Dalit girl in Hathras, Uttar Pradesh. Uttar Pradesh Chief Minister, Ajay Mohan Bisht (Yogi Adityanath), has been ignoring the demands from his family and the civil society for fair treatment of the journalist. The Supreme Court has not yet intervened in this case to ensure a fair trial of the journalist, despite a  Habeas Corpus petition challenging his arrest.