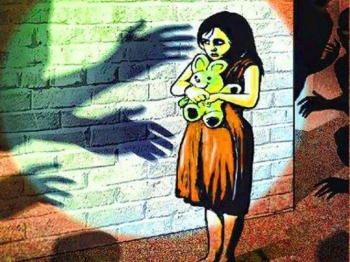 Preying On Children: Ensure, Child Molesters Don’t Get Away 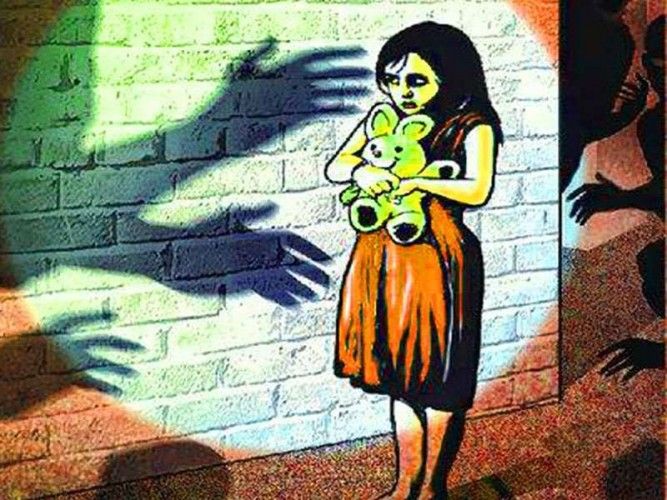 Simply put, schools are considered to be temples of learning and a place where children are imparted with education as well as human values. Teachers are supposed to be “role models” and they are expected to inspire, motivate and effectively mould young minds. The list is endless.

But when schools and teachers are in news for the wrong reasons? Yes, it is quite disconcerting that Chennai-based Padma Seshadri Bala Bhavan (PSBB) School, which has been in existence since 1958 made headlines on 24 May this year after its students started an online campaign against Rajagopalan, their Commerce teacher, who allegedly appeared semi-naked during an online class. Teachers are supposed to be role models. But this one allegedly attended online classes with a towel wrapped around him and no other clothes. He regularly sent WhatsApp messages to his students and often remarked they were "very cute", made comments about their physical appearance and even asked one student to go to a movie with him.

The incident came to light after Kripali, an alumni of PSBB School collated and shared screenshots of many students sharing their ordeals of being allegedly harassed by Rajagopalan. Over a thousand of them are said to have signed on to validate the statement. The school initially denied having prior knowledge. In their communication to the Dean of PSBB Group of schools, which was subsequently released over the social media, a group of Alumni had urged the management to take strict action against Rajagopalan. The school promptly suspended him.

With more students sharing their experiences anonymously, the police quickly arrested Rajagopalan and booked him under the Protection of Children from Sexual Offences (POCSO) Act, 2012, Indian Penal Code and Information Technology Act. During police interrogation, according to media reports, Rajagopalan confessed having sexually harassed his students although it was found that he had deleted all his WhatsApp chats and pictures shared with the students. His seized laptop and mobile phone is said to have photos of several children, most of them from affluent families. Did the sexually harassed students not report online sexual harassment due to fear of retaliation? Or did the victims erroneously view it as a private manner, as it happened online rather than in-person?

Even as PSBB schools with an enrolment of over 6500 students and having over 96% women teachers, the ongoing investigations can bring to light what exactly happened and how such instances went unnoticed.

After the PSBB incident, a group of 22 alumni of Kendriya Vidyalaya, Chennai have written to the school's principal alleging that a language teacher from the school had sexually abused them while they were students.

St. George Anglo Indian School in Chennai has also been served notice by the Ministry of School Education after the students complained about sexual harassment at the hands of athletic coach Nagarajan.

It is a sad state of affairs.

From a psychological perspective, various studies in developed countries have identified three behavioural dimensions of sexual harassment. (i) verbal and nonverbal behaviours (often conveying insulting, hostile and degrading attitudes toward girls/women), (ii) unwanted sexual attention including suggestive comments about a woman’s body as well as unsolicited and unreciprocated sexual advances and (iii) sexual coercion – referring to requiring sex as a condition – be it employment, job rewards etc.

The cause for concern is that victim of sexual harassment often experience untold misery. Perceived to be annoying, offensive, upsetting, embarrassing, stressful and even frightening, such victims of sexual harassment often suffer emotional/physical stress and stress-related mental/physical illnesses. Nonetheless, many victims, for the sake of their careers, prefer to stay silent although it can result in increased absenteeism, job turnover and decreased work motivation, productivity etc.

In 1997, the Supreme Court of India in Vishaka vs the State of Rajasthan clearly defined sexual harassment which includes such unwelcome sexually determined behaviour (whether directly or by implication) as: a) physical contact and advances; b) a demand or request for sexual favours; c) sexually coloured remarks; d) showing pornography and e) any other unwelcome physical verbal or non-verbal conduct of sexual nature. It further maintained that where any of these acts is committed in circumstances where under the victim of such conduct has a reasonable apprehension that in relation to the victim's employment or work whether she is drawing salary, or honorarium or voluntary, whether in government, public or private enterprise such conduct can be humiliating and may constitute a health and safety problem. It is discriminatory for instance when the woman has reasonable grounds to believe that her objection would disadvantage her in connection with her employment or work including recruiting or promotion or when it creates a hostile work environment. Adverse consequences might be visited if the victim does not consent to the conduct in question or raises any objection thereto.

Following the Apex Court directives, the Vishaka Guidelines got promulgated as Sexual Harassment of Women at Workplace (Prevention, Prohibition and Redressal) Act, 2013. Accordingly, employers are required to provide a safe working environment. The penal consequences of indulging in acts that may constitute sexual harassment and the composition of the Internal Complaints Committee need to be displayed conspicuously at the workplace. Employers have to organise workshops and awareness programmes at regular intervals for sensitizing employees on the issues and implications of workplace sexual harassment etc. Sexual harassment is to be treated as a misconduct under the service rules and action initiated for misconduct.

Similarly, the Protection of Children from Sexual Offences (POCSO) Act, 2012 enforced effective 14 November 2012 is to be strictly complied by all schools across the country. But importantly, it has to be properly supervised.

When many women don’t have the emotional strength to stand up to intense manipulation, to sexual pressure, how can school children withstand such harassment? Children need support both institutionally and domestically. Some immediate measures like recording of online classes and monitoring them are laudable. But existing laws need to be effectively implemented and offenders must be swiftly brought to book. It is the certainty of punishment that will serve as a deterrent. Child molesters should not be allowed to get away.