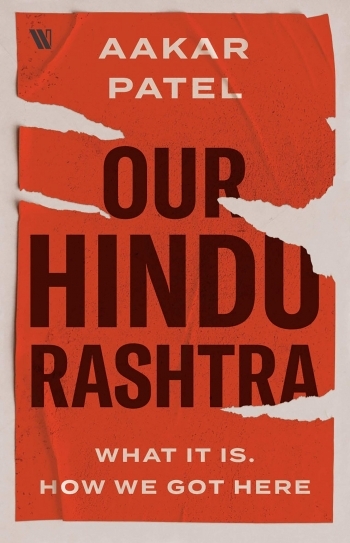 ‘Price of the Modi Years’

Aakar Patel, a syndicated columnist and author of the famous book on majoritarianism “Our Hindu Rashtra, What It is, How We Got Here”, was in the news recently.  He was forbidden to go abroad by the CBI (Central Bureau of Investigation) as he was accused of money laundering through Amnesty International India of which he was the Director. Significantly, Aakar remarked that LOC (Look Out Certificate) against him was issued on 31st December, 2021, six weeks after his book “Price of the Modi Years” was published.  That gives an idea, how much the Modi Government “likes” Aakar.  That there is no love lost between Aakar and Modi, despite Aakar being a Gujarati, is known to everyone. His articles are highly critical of Modi. Unsurprisingly, his articles ceased to appear in the Sunday Times of India since the media started kowtowing towards Modi Government.  The High Court came to Aakar’s rescue and allowed him to go abroad for his lecture tour.

“Price of Modi Years” is a highly readable book, with a flowing style and cogent arguments backed by facts and figures culled from findings of painstaking research into so many reliable publications.  In his preface to the book, Aakar refers to a remark which Dr. Manmohan Singh made in 2014, to the effect that Modi would be a disaster as Prime Minister. The preface hints and the book illustrates how this is so true.  It is a different matter that he brought impressive victories to BJP in two national elections.  The book also shows how this was possible and the price the country has paid so far and will continue to pay.  “What was once communal is now legitimate and what was secular has been made inauthentic,” says Aakar in the introductory chapter. Modi’s traits are that he is decisive, full of certitude, transparent (I have doubts about this, unless Aakar means Modi’s motives are too obvious), unlearned, energetic and charismatic.  Aakar quotes from The Quint (21 March 2015) what a British journalist who was paid to write a hagiography of Modi said: “It was strange to interview Modi and hear him speaking of himself in the third person even in personal conversation”.

Another revealing statement by Aakar in the ‘Introduction’ runs like this: “The Modi years are littered with the corpses of projects thus taken and discarded once a new toy had been identified – ‘Make in India’, ‘Demonitisation’ – about which hardly any BJP leader speaks nowadays – ‘Surgical strike’, ‘Smart Cities’, ‘Namami Ganga’, ‘Lockdown’, ‘Vocal for Local’.  It is governance by catchphrases.  A clever name, often a dazzling event with little follow-up and not much thinking”.  Years before Modi became Chief Minister of Gujarat, Ashish Nandy, Political Analyst, along with writer Achyut Naik, met and interviewed him.  Nandy wrote about the interview thus: ‘It was a long, rambling interview, but it left me in no doubt that here was a classic, clinical case of a fascist”.

In the chapter “Brand Versus Product”, Aakar Patel exposes the much talked about ‘Gujarat Model’, just by demolishing the usual claims concerning Modi’s ability to deliver transformative economic growth. The scholars who examined the claim have come out with the following findings:

•    In annual growth rate, Gujarat was slower than Maharashtra, Tamil Nadu and Bihar in Modi years.  Gujarat had in fact grown faster between 1992 and 1997 than under Modi;

•    The state had been in third position nationally before Modi, and continued to remain in that position under Modi years;

•    During the Modi years, unemployment rates were lower in Chhattisgarh and Karnataka than in Gujarat and foreign direct investment (FDI) was higher in Maharashtra, Tamil Nadu, Karnataka and Delhi;

•    The number of girls attending secondary school in Gujarat was only 29%, in comparison to 93% in Kerala; for boys the corresponding ratio was 45% versus 90%!

Aakar Patel then goes on  to list the ratings India received before and after 2014, i.e., before and after Modi became PM, on various aspects like the health of its democracy, human development, religious restrictions, rule of law,  GDP per capita, quality of life, freedom of the Press etc. and proves that “under Modi, across 53 indices, India’s ranking rose on 4, but fell on 49”. “India under Modi did poorly on 6 indices that tracked civil liberties and pluralism, 7 that tracked health and literacy, 2 tracking religious freedom and minorities, 2 tracking internet denial, 6 tracking national capacity of various types, 6 tracking rule of law, corruption and transparency, 6 tracking sustainability and environment, 4 tracking gender issues and women’s safety, 5 tracking the economic freedoms of Indians and 5 tracking urban spaces”. When India plummeted in the Hunger Index, according to the report in New Indian Express of March 20, 2021, the government said in Parliament, it was not possible that Indians were hungry, because whenever a street dog gives birth in our village, even though it bites, our women provide them with gheer (a sweet dish)!

The second chapter, “Godi Media” deals with the pro-government colour which most of the newspapers and TV channels began to exhibit, of which the ‘Republic TV’ of Arnab Goswami and ‘Times Now’ of Rahul Shivshankar, are leading the race.  ‘Republic TV’ takes a lot of pain to ‘run down the Opposition and attack Muslims.  Similarly, ‘Times Now’ spends a good part of its time to criticise the Opposition and least time on economic issuers, prices of petrol, diesel etc.  After dealing with certain studies and analyses of the Indian media under Modi by well-known experts like Christopher Jeffrelot and Vihang Jumb, Aakar Patel states: “Most of it (the media) has joined the state and can be seen as a part of the government propaganda machinery.  The purpose of Godi media is to distract, attack Modi’s opponents, laud him, and to divide society and discredit and vilify those who resist the division. Let me, however, add that certain editorials and leading articles in ‘The Times of India’ and ‘The Indian Express”, two newspapers I regularly read, do not always support this inference.

I decided to write about this book out of a missionary zeal to promote any effort aimed at throwing light on the dangers posed by the Modi Government.  I now find it difficult to do justice to that task within one article, as I have been able to deal with three chapters only, out of the 14 chapters, including the introductory chapter. I hope to write more on this book in another article.

(The writer is a Development Consultant and can be reached at petermundackal@yahoo.com)